HARP: Past, Present and Future 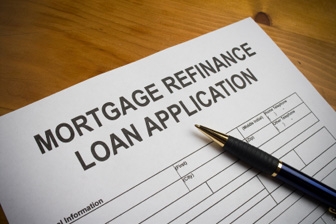 Anyone in the mortgage industry–unless they have been living under a rock for the past seven years–knows the housing market bubble began to burst in 2006, causing home values to plummet and suddenly erased millions of dollars in equity that Americans had in their homes. Homeowners sat helpless as they watched the value of their homes drop below the balance of their mortgage. A time of profitable real estate transactions and rising equity stakes suddenly came to a screeching halt. Rates went up, homeowners started to go delinquent, and foreclosures were on the fast track. When the Home Affordable Refinance Program (HARP) fell short of its goals, HARP 2.0 was introduced to fix the parts of HARP that were still falling short, leaving far too many homeowners still under water. The governments upgrade to HARP 2.0 did away with this cap with the final goal of enabling more homeowners, even some of the most seriously upside down on their loans, to refinance. HARP 2.0 also worked on other sectors of the program. They have removed the LTV cap entirely and the “reps and warrants” were adjusted so lenders are not being held liable for following the rules of the program. One of the biggest adjustments is the reduced loan level price adjustments. These lower price adjustments allowed borrowers to get the current market interest rates. The goal is to also encourage these borrowers to take a shorter term so they build the equity in their home faster and pay less interest over the life of the loan. More than one million people have already taken advantage of the new HARP 2.0. You can certainly say that the creation of HARP 2.0, when compared to the original HARP, has opened the door for a majority of underwater homeowners to refinance and put their finances in a better situation. The continued evolution of HARP has had positive results. It took the original HARP three years to reach one million households, where HARP 2.0 did that in just eight months. With each change in the act, we have seen a positive result. The looser restrictions help to aide in this fury of eligible borrowers. On Feb. 7, 2013, HARP 3.0 was introduced into Congress. This is known as the Responsible Homeowner Refinancing Act of 2013. This bill is proposed to eliminate many closing costs, reduce upfront fees, and make it easier for homeowners to change servicers. The Responsible Homeowner Refinancing Act would also remove income and employment verifications from the approval process. They are also trying to include homeowners that are not currently serviced by Fannie Mae and Freddie Mac. They are estimating that the program would save borrowers on average of $250 a month in mortgage payments. The bill, though just submitted, has gained a lot of support including big real estate trade groups, the Mortgage Bankers Association (MBA), the National Association of Home Builders (NAHB), NAMB—The Association of Mortgage Professionals, the National Association of Realtors (NAR), the National Association of Real Estate Brokers, and the Center for Responsible Lending (CRL). What does this mean for the future? The Responsible Homeowner Refinancing Act of 2013, also known has HARP 3.0, has yet to pass, and will likely encounter many changes. There is a possibility that the bill could take place in 2013, 2014 the latest. Hopefully, the third time is the charm for millions more of homeowners to refinance their homes and take full advantage of a lower rate and a sizeable monthly savings. K. Justin Restaino is vice president of Titan List & Mailing Services Inc. For more than 13 years, he has led Titan’s Mortgage Division, helping lenders of all capacities grow their businesses utilizing targeted direct mail. With a specialized focus in refinance and purchase markets, Restaino has the insight for proper data and mail application for success. He may be reached by phone at (800) 544-8060, ext. 204 or e-mail [email protected]
Link copied
Published
Dec 03, 2013
Coming Up See All
Oct
19
Suncoast Mortgage Expo
Tampa, FL
Nov
10
Motor City Mortgage Expo
Detroit, MI
Nov
18
Texas Mortgage Roundup – Houston
Houston, TX
Get the Daily
Advertisement
Advertisement
Industry News
Rocket Pro Announces Major Initiatives