LendSmart Expands Into Indiana and Missouri 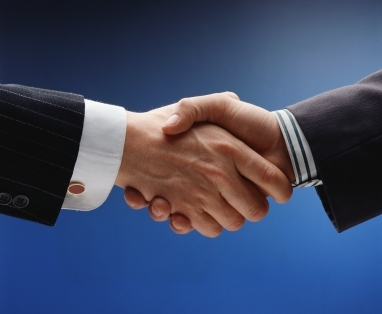 LendSmart Mortgage has new licensing and expansion efforts in Indiana and Missouri with pending licensure in Illinois, Ohio, South Carolina, Maryland and Montana. The company plans to continue growth in 2014 and has tapped the expertise of Jake Coker for its corporate retail development in order to establish a regional and national production expansion plan.   LendSmart started in 2006 and now has 16 locations in 15 states and plans to expand in another 15 states during next year. As a result of market trends, the LendSmart’s management team projects the company will double its origination volume in 2014. “We have been able to thrive during the most recent downturn because we focus on solid, proven lending practices that has given us the stability needed to build a strong foundation,” said Scott Flaherty, CEO and founder of LendSmart. “Our internal culture is an important part of that success and has allowed us to grow at a rate that is sustainable. Our employee and retail branching retention numbers are significant. I credit this to our culture and service commitment to our loan officers.  Combine that with employing the proper technology to help us scale our growth, and we are very confident about the future.” Companies that have solid business strategies and are committed to building during this lean period will be able to improve the industry’s reputation as well as meet the needs of consumers.   “Due to the contraction in the marketplace, many mortgage firms will either consolidate with existing firms or simply go out of business,” said Rick Roque, principal of Menlo Company, a mortgage industry consulting firm. “Mortgage companies are poorly capitalized and this will enable more financially stable firms an opportunity to grow, capture market share and expand into new markets. Companies such as LendSmart are well positioned for growth and offer mortgage professionals a viable and positive company with which to grow.”    Recent market consolidation has given LendSmart access to some of the industry’s most talented production staff, Flaherty added, which includes Coker, who will be taking the lead in LendSmart’s production recruiting efforts. Coker has more than 15 years of experience in the mortgage industry. Most recently he was a regional retail development recruiter for Columbus, Ohio-based Residential Finance Corp. LendSmart, which offers conventional and government loans, is preparing to apply for relationships with the government-sponsored enterprises in order to launch in a service platform in 2015. Relationships with Fannie Mae, Freddie Mac and Ginnie Mae will allow LendSmart to offer additional loan products and deepen its services to consumers. “There is a place in the market for lenders such as LendSmart, who have made the financial commitment to improve the market by offering an unparalleled consumer experience during a very confusing period in the U.S. housing market and the mortgage process,” Coker said. “At LendSmart, we take our role in building the future of mortgage lending seriously. Our strategy is to expand in target markets, which include the Midwest and select communities across the United States.”
Link copied
Published
Dec 13, 2013
Coming Up See All
Aug
03
New York Mortgage Expo
Suffern, NY
Aug
10
OriginatorTech
Virtual
•
11:00 AM ET
Aug
12
California Mortgage Expo – San Diego
San Diego, CA
Get the Daily
Advertisement
Advertisement
FHA
FHA Extends Single-Family Eviction Moratorium