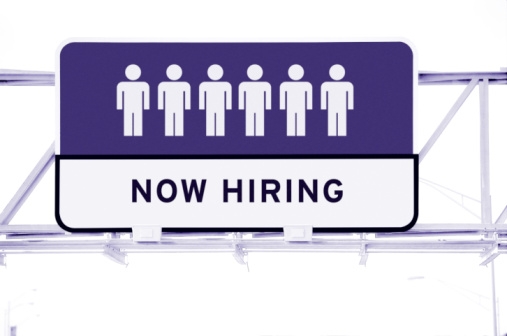 Okay folks … what are you going to do now? What are you going to do to increase your business? What’s your plan? What great ideas did you put in place to get you through 2012. What’s your five-year plan? What do you absolutely know? What did you know in November that you could have enacted this year that would have helped you? What I’m finding from this vantage point is, very little. Much too often we wait. We wait until something seriously bad happens before we start to realize what’s going on. Ever notice how often we drive by a spot on one of our streets and say to ourselves, “This is really a bad spot. There really needs to be a speed bump put in here. I’ll call City Hall when I get home to let them know.” Meanwhile, we’re on our cellphone talking to someone, even mentioning what we just thought. Then we drive a couple of blocks and forget. I’m seeing so much chatter about how to increase business. Last year, it wasn’t a problem. Refis were abound and even purchases were fueled by rates that challenged the floor. One of the most often discussed ideas is to start to poach on the company down the street and get their loan officers to see our light. The light we shine is brighter than the light shining from the other companies. We have better service. We like our people more than they do. Don’t we ever learn? Why didn’t we have a recruitment plan in place all along? Around the year 1993, I was consulting at a mortgage company in Brooklyn, N.Y. One of our part-time LOs was an older woman. She was standing next to the desk of another much younger LO. He was complaining about his teeth and the pain he was suffering through. “When are you going to the dentist,” she asked. “I’m going soon. I just hate the pain while I’m in the dentist’s chair.” “Well,” she said, “If you had just flossed every day like you were told by your mother, you wouldn’t be suffering right now.” “And what about you,” he asked? “Do you floss every day?” “Are you crazy,” she retorted, “I’m too old, nothing I do is going to change these teeth.” “So wait a minute, you’re telling me to floss every day, and in fact, if I would have done it every day, I wouldn’t be having this pain; but you’re too old? I think this conversation is over. What you’re saying doesn’t make any sense.” To me, this entire conversation didn’t make any sense. I was observing the American attitude. The standards that most of us live by. Let’s not make a plan. Lets not really put any thought into the future. We all hate meetings, let’s just keep doing what we’re doing. A good friend of mine had a mortgage brokerage company that had about 20 sales reps. Yet he had one person on the payroll whose full-time job was to ensure that every active LO had to bring in one business card a week of any LO that they determined was their competition. The person on payroll assembled a file on these competitors and the president of the firm made at least one call a day to recruit one of those people. The tenor of the market didn’t matter. This was done every day of every month of every year. Right now there is so much scrambling to figure out a plan to recruit LOs, that I am astounded. Don’t we ever learn? In fact, I saw one comment in an often read blog that eluded to the fact that it is too late to put a recruiting plan into place. Too late? Too late? If it’s never to late to start to floss, which I am pretty sure you’ll agree with, it’s never too late to begin to put any well thought-out plan in place. And to use the same reasoning over and over that we hate meetings because it takes us away from what we’re doing is just as ludicrous. Have a meeting. Include the top brass. Make a list of your company strengths and weaknesses. Make a third list that states what it is that you would want a company to offer you if you were a successful LO. Then, see what your budget will allow you to enact. Here is what I promise you … if you don’t start a recruitment plan now, your teeth will rot. With more than 45 years in the mortgage industry, Ralph LoVuolo is president of Mortgage Motivator, a consulting firm on the cutting edge of the mortgage business. He may be reached by phone at (561) 509-8425 or e-mail ralph@mortgagemotivator.com.
Link copied
Published
Dec 05, 2013
Coming Up See All
Aug
03
New York Mortgage Expo
Suffern, NY
Aug
10
OriginatorTech
Virtual
•
Aug
12
California Mortgage Expo – San Diego
San Diego, CA
Get the Daily
Advertisement
Advertisement
Analysis and Data
ATTOM Report Shows Foreclosure Filings Down 61% YOY