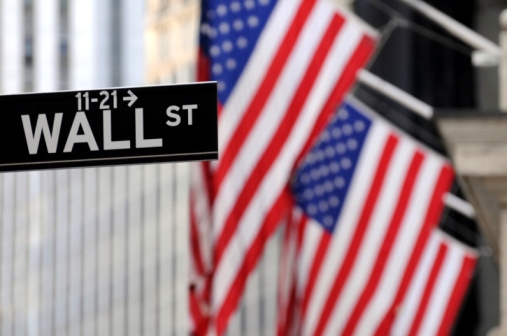 So even though Fannie and Freddie did their part in repaying their debt from the bailout, the country is still shaky. But wait, isn’t that counter to what so many folks have been saying? Weren’t there a bunch of jobs generated just this past October and November that highlighted that the economic crisis had passed? Aren’t Mel Watt and Janet Yellen going to finish saving the day? Apparently not, according to Forbes. We all know that housing is a major cornerstone for the United States economy. In order for the economy to bounce back, the housing market needs to be robust. Provide a robust real estate market and a stimulated economy will follow. This is an oversimplification, admittedly, but it’s the base form of the concept. Now, there are estimations that 2014 will see a “plateau.” In a November blog post for the Wall Street Journal, Kris Hudson addressed home builders’ concerns that home builder stocks have performed poorly in recent months. This is in part due to the slowing sale of new homes, meaning that new homes aren’t being built. Another concern, alongside the issue of new houses not being constructed is that the big banks have all shelled out crazy amounts of money in lawsuits and settlements over the past year. JPMorgan Chase last month alone handed over $13 billion in a settlement regarding the misrepresentation of mortgage-backed securities. This settlement results in a little more than half of JPMorgan Chase’s third-quarter earnings, which was around $24 billion. The third quarter, for those who didn’t know, is the first “loss” the company has seen under Jamie Dimon’s reign. "While we had strong underlying performance across the businesses, unfortunately, the quarter was marred by large legal expense. We continuously evaluate our legal reserves, but in this highly charged and unpredictable environment, with escalating demands and penalties from multiple government agencies, we thought it was prudent to significantly strengthen them,” said Dimon at the time. “While we expect our litigation costs should abate and normalize over time, they may continue to be volatile over the next several quarters.” The key to that last statement is “next several quarters,” which is another way of saying “yeah, we’re going to have continued legal issues, most likely resulting in billions more well into 2014.” The problem then becomes big banks setting aside billions of dollars for potential legal expenses while not putting aside billions for potential mortgage lending or continued investment in the industry’s recovery. Less mortgage personnel means more folks out of jobs, meaning a heavier impact on the economy. Perhaps as a result, JPMorgan is looking to shell out around $2 billion a year in compliance training. That $2 billion will go to hiring staff, conducting training and the undertaking of multiple other measures to ensure that the bank is up-to-snuff when it comes to banking regulations. It would seem that getting dinged for $13 billion by the Department of Justice (DOJ) might have impacted the bank more dramatically than initially estimated. Let’s not ignore the fact that U. S. Attorney General Eric Holder stated to Reuters that he plans on using the framework of the JPMorgan case to go after other banks regarding mortgage fraud. "We have a number of investigations that are coming to a head at the same time," Holder said. "It is my hope that the next round of these cases will be filed soon after the new year." By seeking to target other banks through similar measures, banks like Citi might see their payouts to the DOJ balloon from $4.9 billion to JPMorgan-levels of absurdity. “The banks that are paying these settlements will have less money to spend,” said consumer credit expert Doc Compton. “Which could lead to a ‘buyer's’ servicing market which would almost definitely lead to an increase in rates.” There’s also concern over the slowing of deposit rates in the wake of higher mortgage rates. Mortgage rates have been creeping higher and higher, something that hasn’t occurred since the Great Depression and yet, deposit rates have largely remained the same, unable to keep pace with the increasing mortgage rates. "Deposit rates have not gone up. Unfortunately, I think we will continue to see mortgage rates rise faster than deposit rates,” said MoneyRates.com analyst Richard Barrington to the New York Daily News. These issues alone haven’t even touched upon the potential impact of the Volcker Rule, which could also have devastating effects on Wall Street, should compliance not be met. Most institutions base traders’ pay on revenue, but the Volcker Rule throws that out the window. The result of this could be that banks either get smarter and work around the Volcker Rule or that the Volcker Rule scares banks into greater compliance, resulting in stricter lending practices. “Prosecutors know that banks can’t take the risk of criminal indictment and whether you call it public extortion or fair negotiating leverage, the outcome is the same – unfavorable settlements for the banks,” said Rick Lazio, former U.S. Representative from New York, and current leader of law firm Jones Walker’s affordable housing and housing finance practice. “In the short run, the politics are great for ambitious state Attorneys General and federal prosecutors. In the longer run, the consequences will be tighter underwriting and higher costs for marginal homebuyers, and less capital flowing to those purchasers with the fewest options. Don’t look for any public figures to be held accountable for that, though.”
Link copied
Published
Dec 12, 2013
Coming Up See All
Oct
19
Suncoast Mortgage Expo
Tampa, FL
Nov
10
Motor City Mortgage Expo
Detroit, MI
Nov
18
Texas Mortgage Roundup – Houston
Houston, TX
Get the Daily
Advertisement
Advertisement
Analysis and Data
MBA Forecast: Purchase Originations To Rise 9% In 2022