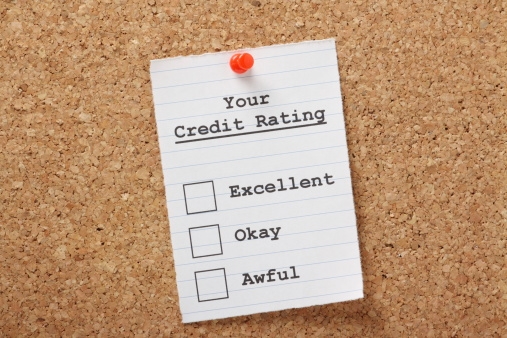 Back in October, we wrote extensively about the Medical Debt Care Relief Act. The basic premise is that medical debt could lead to dings on an individual’s credit which could hinder the dream of homeownership. Most often these issues arise from charges for stays in the hospital that the patient might not even know about, upon being discharged. A fee of $80 for bandages or something equally absurd might prevent that individual, who, despite having a well-paying job and otherwise sterling credit, from purchasing their dream home. Now, Sen. Elizabeth Warren (D-MA), along with six Democrat co-sponsors, is looking to ensure that an individual’s credit score won’t have an impact that’ll affect employment by introducing the Equal Employment for All Act. “A bad credit rating is far more often the result of unexpected medical costs, unemployment, economic downturns, or other bad breaks than it is a reflection on an individual's character or abilities," Sen. Warren said. "Families have not fully recovered from the 2008 financial crisis, and too many Americans are still searching for jobs. This is about basic fairness—let people compete on the merits, not on whether they already have enough money to pay all their bills." As Warren’s statement illustrates, mistakes in credit reporting are quite common and often incredibly difficult to correct. While legislature like the Medical Debt Responsibility Act (MDRA) go far to address the issues of credit reporting regarding medical procedures and billing, this new legislation does have some potential pitfalls. While the MDRA doesn’t have much of an impact on taxpayers, the new legislation proposed by Warren would impact taxpayers quite a bit. That’s not the only issue, as there are plenty of folks looking to screen potential staff through credit checks. “The Medical Debt Responsibility Act or something like another short bill changing reporting guidelines would be deficit-neutral. It is a change to the credit agencies’ reporting models. Ms. Warren’s bill will take a lot to implement, cost taxpayer dollars and take away a needed factor for business people in trying to filter possible employees for a position further hurting and shackling our businesses under further regulation,” said a source close to the credit and mortgage industry. Various advocacy groups have spoken out against poor credit reporting in the past. “When information is inaccurate, markets make decisions on less than perfect information. With regard to medical debt, this can mean significantly reducing a consumer’s credit score and subsequently impeding economic activity and consumer borrowing capacity. According to the Fair Isaac Corp., any unpaid debt sent to collections, whether for $100 or $10,000, can shave up to 100 points off a person’s credit score – even if this collection is a mistake, made in error, paid or settled, or is in dispute. This can have a dramatic impact on an individual’s ability to obtain a mortgage, a car loan, or any other form of credit, thereby limiting economic activity,” wrote industry advocacy groups during the 112th Congress. The Consumer Financial Protection Bureau (CFPB) has even gotten in on the action: “Lowered credit scores resulting from medical debt are often reported in error. In February 2013, the Federal Trade Commission released the results of a comprehensive study of credit reporting errors, finding 21 percent of American consumers had an error on a credit report from at least one of the three major credit reporting companies. Thirteen percent of consumers had errors serious enough to change their credit scores. Unlike with other industries, when an error is made on a consumer’s credit report the consumer does not have the ability to switch companies, as all consumers are beholden to the major credit reporting agencies. In this way, what begins as an unpredictable medical hardship or even an error that is not the fault of the consumer, can lead to long-lasting damage to a consumer’s ability to buy a home, obtain a credit card, and fully participate in our economy.”
Link copied
Published
Dec 18, 2013
Coming Up See All
Nov
10
Motor City Mortgage Expo
Detroit, MI
Nov
18
Texas Mortgage Roundup – Houston
Houston, TX
Dec
09
California Mortgage Expo – Irvine
Irvine, CA
Get the Daily
Advertisement
Advertisement
Analysis and Data
Foreclosure Starts Dip Despite End Of Federal Moratoria