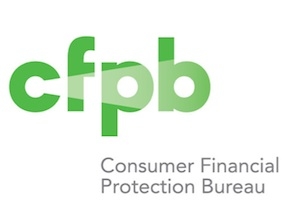 The Consumer Financial Protection Bureau (CFPB) is announcing that three experts have been named to senior positions within the Bureau. These positions are: the Assistant Director for the Office of Research; the Assistant Director for the Office of Financial Empowerment; and the Assistant Director for the Office of Installment and Liquidity Lending Markets. “I’m pleased that these incredibly talented individuals have joined the Bureau,” said CFPB Director Richard Cordray. “All three offices play an essential role in making sure that consumers are being treated fairly. These experts will lead the teams that help us monitor the marketplace and provide tangible benefit to consumers.” The following have joined the CFPB leadership team: Christopher D. Carroll has joined the CFPB as the Assistant Director and Chief Economist for the Office of Research in the Bureau’s Research, Markets, and Regulations Division. Carroll is a professor of economics at Johns Hopkins University, from which he has taken a leave of absence while serving at the Bureau. He also is a member of the Board of Directors of the National Bureau of Economic Research, and the co-chair of the NBER Research Group on Consumption. Carroll has served as a senior economist for the Council of Economic Advisors on two separate occasions, and as an economist for the Board of Governors of the Federal Reserve System. Carroll received a B.A. in Economics from Harvard University, and his Ph.D. from the Massachusetts Institute of Technology. Daniel Dodd-Ramirez has joined the CFPB as the Assistant Director of Financial Empowerment in the Bureau’s Consumer Education and Engagement Division. Dodd-Ramirez previously served as the executive director of Step Up Savannah Inc. in Savannah, Ga., from 2005 to 2014. Prior to Step Up, Dodd-Ramirez served as education project director and community organizer for People Acting for Community Together (PACT) in Miami, Florida. From 1998 to 2000, Dodd-Ramirez was the human resources director for Families First, a social services agency in southern Vermont. He received a B.A. in Hispanic Studies from the University of Southern Maine and his M.A. in International/Intercultural Training from the School for International Training in southern Vermont. Jeffrey Langer has joined the CFPB as the Assistant Director of Installment and Liquidity Lending Markets in the Bureau’s Research, Markets, and Regulations Division. Langer most recently served as senior counsel at Macy’s, Inc. in Mason, Ohio. He also has served as a partner in several law firms, including Jones Day and Dreher Langer & Tomkies. He is a founding fellow and treasurer of the American College of Consumer Financial Services Lawyers and is a former chair of the Consumer Financial Services Committee of the American Bar Association Business Law Section. Langer received a B.A. from the University of Illinois at Urbana-Champaign and his J.D. from the Northwestern University School of Law.
Link copied
Published
Mar 12, 2014
Coming Up See All
Jul
06
Mortgage Star for Women
New Orleans, LA
Jul
07
Ultimate Mortgage Expo
New Orleans, LA
Jul
21
Arizona Mortgage Expo
Chandler, AZ
Get the Daily
Advertisement
Advertisement
Analysis and Data
May Sees Largest Monthly Slowdown In Home Price Growth Since 2006