Median home prices in the 586 counties analyzed in the report increased more than seven percent on average in the third quarter of 2014 compared to a year ago, while average fair market rents for three-bedroom homes increased an average of less than one percent.

In these counties on average 33 percent of the housing units were renter-occupied and 67 percent were owner-occupied. The average rental vacancy rates in these counties were 7.4 percent compared to a national average of 8.7 percent as of the end of 2012.

“The single family rental market is still strong, with returns averaging nine percent in the 586 counties analyzed,” said Daren Blomquist, vice president at RealtyTrac. “Even so, the market is softening, with those same 586 counties averaging a nearly 10 percent return a year ago. 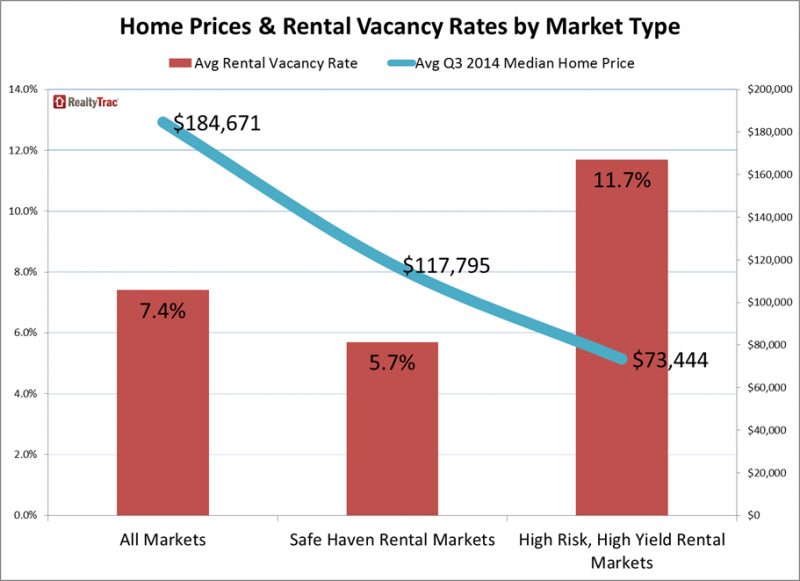 “In the high-risk, high-yield markets, where unemployment and vacancy rates are higher than national averages, the average return was a whopping 19 percent, actually up from a year ago thanks to a strong increase in rental rates,” Blomquist said. “Home prices, meanwhile, were more volatile in the high-risk, high-yield markets, with three out of the 16 posting double-digit percentage decreases in median home prices from a year ago.”

The remainder of the top 10 markets included three other Florida counties (Columbia, Pasco and Hernando) along with another Atlanta-area county (Spalding) and Wayne County, Mich., in the Detroit metro area. 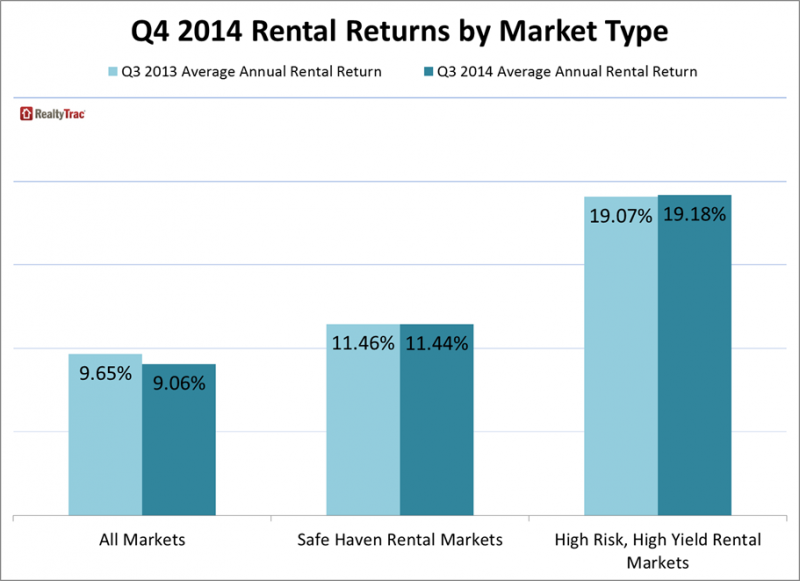