NMP Exclusive: Vicky Ward on the Most Tumultuous Property in NYC 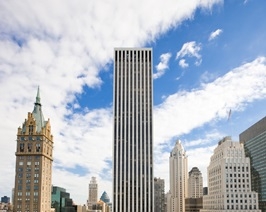 The General Motors Building is not the tallest skyscraper in New York City, nor is it the most ornate or the most prestigious. Yet over the past half-century, this 50-floor structure has created enough tumult and drama to warrant its own soap opera.

In an exclusive interview with National Mortgage Professional Magazine, best-selling writer Vicky Ward (The Devil’s Casino) recounted the extraordinary history of the General Motors Building in her newly released book, The Liar’s Ball: The Extraordinary Saga of How One Building Broke the World’s Toughest Tycoons (published by John Wiley & Sons). The building that was planned as the headquarters for the nation’s top automobile manufacturer came to its location at Fifth Avenue between 58th and 59th Streets as a result of the destruction of the Savoy-Plaza Hotel, one of the city’s most iconic lodging establishments. 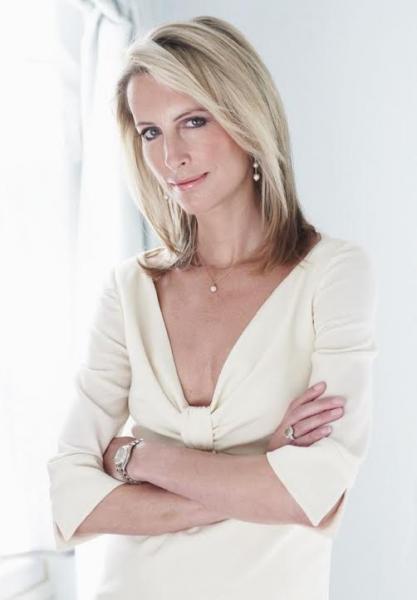 “Knocking it down was extremely controversial,” said Ward about the hotel, which was famous for its celebrity clientele and its graceful design by the world renowned architects McKim, Mead & White. “Penn Station started to get demolished in the early 1960s. The concept of landmarks had not evolved, and there was a heavy outcry in New York over the beautiful architecture that was falling victim to the wrecking ball.”

Ward added that the negative publicity over the plans to tear down the Savoy-Plaza was fueled by preservationist efforts spearheaded by writer Fannie Hurst–and the story became so heated that even Johnny Carson lampooned it on his Tonight Show. But Ward noted that what could have been a PR debacle was reversed when the driving force behind the project–Cecilia Benattar, president and CEO of the North American holdings of London Merchant Securities PLC – used a variety of clever marketing strategies to auction off the hotel’s inventory, including an outreach to every New York resident with the initials “S.P.” to inquire if they wanted to purchase the Savoy-Plaza’s monogrammed linens and cutlery.

“She changed the conversation,” Ward said, adding that Benattar also managed to attract the initial round of high-profile tenants to the building, including cosmetics magnate Estee Lauder. “I had a great time writing about her–she was the Margaret Thatcher of real estate.” 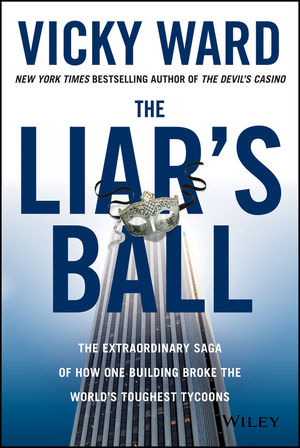 The building opened for business in 1968. Over the years, however, its value slowly declined. A poorly maintained sunken plaza at the front of the building became an eyesore that rarely attracted foot traffic, while prime lobby space devoted to a General Motors dealership was a waste of prime real estate.

“No one ever went in there to buy a car,” he said, with a laugh. “You couldn’t even take the cars out for a test drive. It was useless.”

In 1998, Donald Trump teamed with the financial services company Conseco to buy the building for $878 million. Ward believed that Trump rarely received credit for doing a fine job in revitalizing the building, which included the closure of the sunken plaza and replacing the auto dealership with a studio for CBS News’ Early Show.

“Under him, the building was very well run,” she said of Trump. “You don’t often see Donald get very passionate about detail. That’s not something most people know about him.”

Trump also upped the building’s value by increasing rents to over $100 per square foot, making it the priciest commercial property in New York, and he also immodestly affixed his surname to the property. Five years after acquiring the building, Trump and Conseco sold it to developer Harry Macklowe for a then-record price of $1.4 billion.

“Harry had a vision for that building,” Ward continued. “He felt if he put an icon on its plaza, he could get pedestrian traffic up there and turn it into a great landmark. And he felt Apple would be that great marketing tool.” 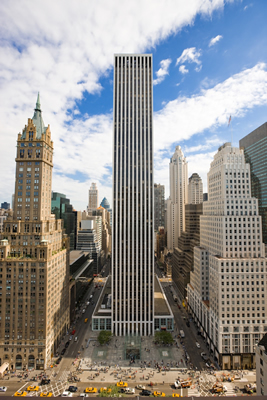 In 2006, Apple opened its 147th retail outlet in the refurbished sunken plaza space, with a boldly designed street-level glass enclosure for its entrance. The location quickly became Apple Store’s flagship location and one of New York’s major retail attractions.

Alas for Macklowe, his ownership of the building lasted a mere five years, due to very poor business bets.

“A man like him cannot help himself,” said Ward. “The speculation and gambling–it is all a part of who they are and what they do. He put the building up as collateral for a $7.2 billion loan, but the market turned. He had to make a choice in early 2008: give up the building or file for bankruptcy. But it was not his choice to make–his wife and children forced him to sell the building.”

Macklowe sold the building for $2.8 billion. Today, the General Motors Building is controlled by Boston Properties (which controls 60 percent of the ownership), Chinese business executive Zhang Xin and the Brazil’s Safra Group (each owning 20 percent shares). As for the building’s namesake, Ward noted that over the years it quietly removed its executive suites and back office operations from the property.

“They left bit by bit by bit, until quite recently,” she said, noting that the company is now entirely based in Detroit. Yet Ward believed that keeping the General Motors name on the property is a link to an earlier time when the company symbolized a can-do spirit in the U.S. economy.