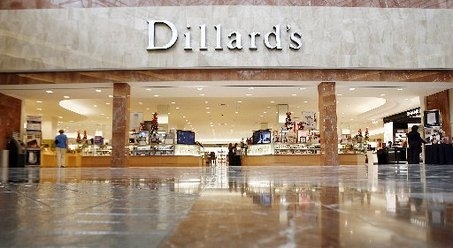 For the second time in two weeks, a major retailer is being aimed in the direction of establishing a real estate investment trust (REIT) as a solution to ongoing financial concerns.

Marcato Capital Management LP, a San Francisco-based investment manager, has released a presentation that it claims will result in “significantly increasing shareholder value” at Dillard's Inc., a retailer with nearly 300 stores across 28 states.

In the presentation, Mick McGuire, managing partner of Marcato, commended Dillard’s management for improvements in business operations, including the closure of underperforming stores. However, he believed that going the REIT route would “create substantial long-term shareholder value” for the retailer. Marcato beneficially owns securities representing 4.9 percent of Dillard's outstanding shares.

“We believe that Dillard's could unlock tremendous value were it to pursue such a transaction,” McGuire said. “Accordingly, we have decided to share our analysis highlighting the value of Dillard's underlying real estate assets and the compelling case for the creation of a stand-alone REIT. We believe executing on this plan would value the companies at a combined $193 per share, representing a 75 percent increase from current prices. We encourage Dillard's board and management to actively explore this opportunity to the extent it is not presently doing so.”

Two weeks ago, Sears Holding Corporation, the parent company for the retailers Sears and K-mart, announced that it was considering the creation of a REIT for up to 300 of its underperforming stores.

The presentation detailing Marcato's analysis can be found here.