HOPE NOW has released its third quarter 2014 data, showing that approximately 468,000 homeowners received non-foreclosure solutions from mortgage servicers in July, August and September. Permanent loan modifications totaled approximately 109,000 and short sales totaled 30,000. Other solutions (including repayment plans, deeds in lieu, other retention plans and liquidation plans) made up the rest of the total number. When homeowners do not qualify for long term permanent loan modifications, mortgage servicers continue to look for short term options that, in many cases, lead to a permanent solution. Foreclosure sales totaled approximately 108,000 for the quarter. This is the lowest quarterly total for foreclosure sales recorded since HOPE NOW began tracking loan data in 2007.

“While the third quarter did show declines across the board in mortgage solutions, it is important to note that foreclosure sales and serious delinquencies have declined accordingly," said Eric Selk, executive director of HOPE NOW. "The delinquency trends, quarter over quarter, show a steady improvement in the national market and point towards housing stabilization."

For Q3 2014, the combination of total loan modifications, short sales, deeds in lieu and workout plans outpaced foreclosure sales by a margin of more than four to one (approximately 468,000 solutions vs. 108,000 foreclosure sales). 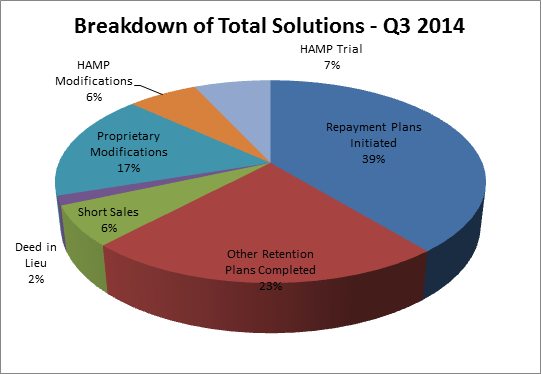 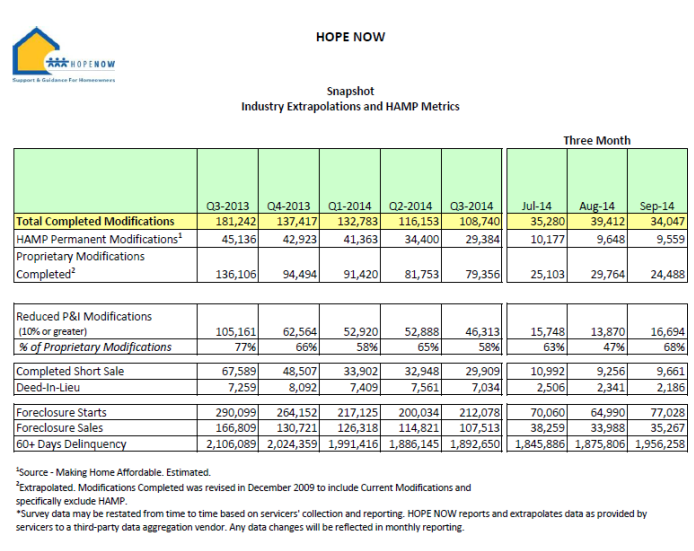 Other key metrics for the month of September 2014 compared to August 2014:

►Foreclosure sales were estimated at 35,000 in September vs. 34,000 in August—an increase of four percent.

►Short sales completed were approximately 9,700 in September vs. 9,300 in August—an increase of four percent. 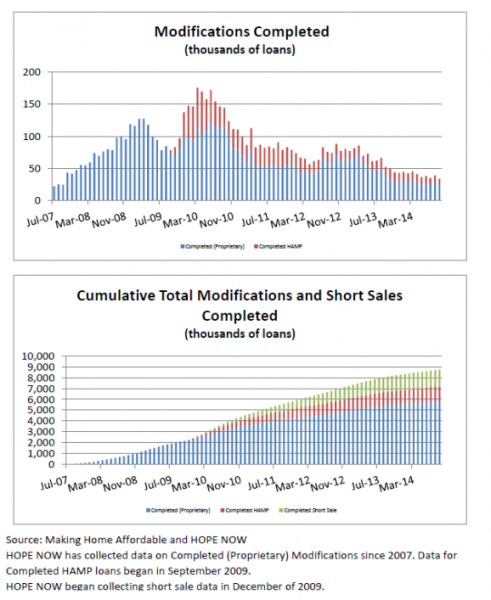