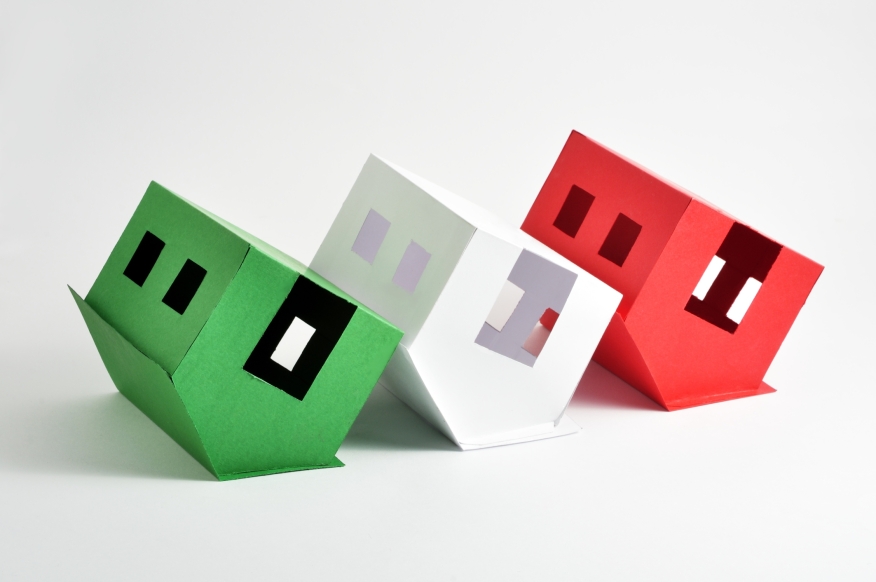 Investors averaged a gross profit of $75,990 per flip on homes flipped in the third quarter of 2014, a 36 percent gross return on the initial investment—not including rehab costs and other expenses. The average gross return was up from 35 percent in the second quarter but down from 37 percent a year ago.

“Flipping returned to its historic norm of four percent in the third quarter as home price appreciation cooled in many of the hot flipping markets across the country,” said Daren Blomquist, vice president at RealtyTrac. “Meanwhile, the record-high average profits per flip in the quarter demonstrate that flippers are still filling an important niche in an aging housing market with historically low levels of new homes being built. The most successful flippers are buying older, outdated homes in established neighborhoods and rehabbing them extensively to appeal to modern tastes." 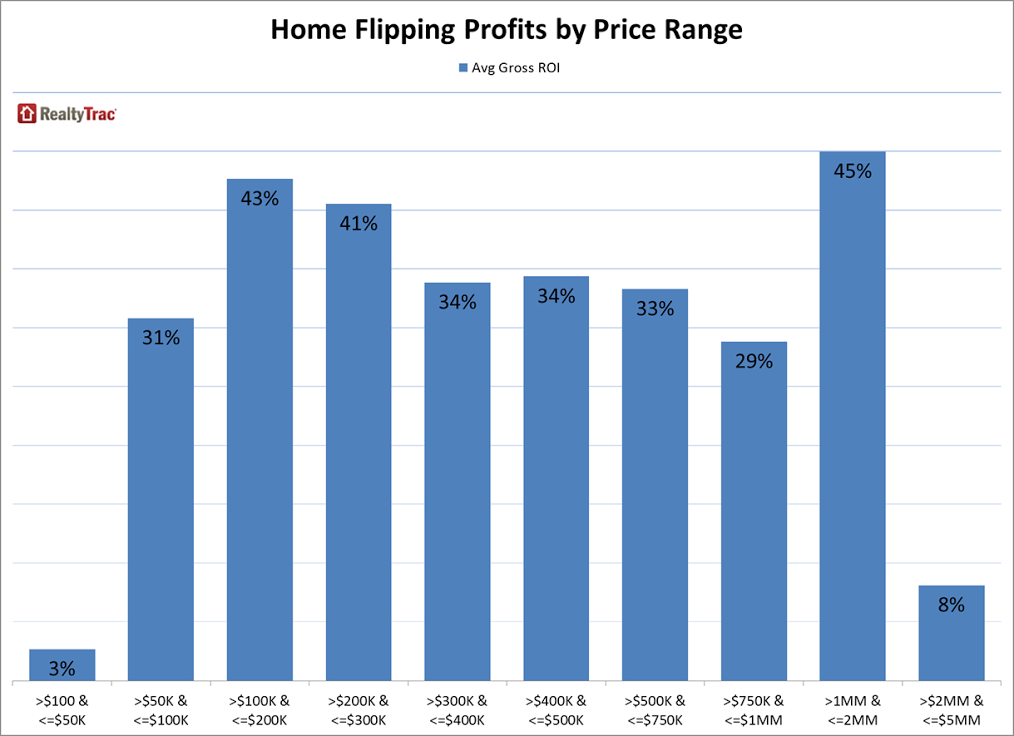 “The markets with an increase in flipping tend to be those with older, distressed, inventory still available that flippers can often buy at a discount and add value to,” Blomquist said. “Those discounted distressed properties have become harder to find, but a recent jump in scheduled foreclosure auctions could provide more fodder for flippers in the next three to six months.”

Other high-level findings in the report:

►Metros with an increasing share of home flips compared to a year ago included Louisville, Ky. (up 117 percent), Kansas City (up 66 percent), Boston (up 40 percent), New Orleans (up 38 percent), and Indianapolis (up 35 percent).

►The best returns on homes flipped in the third quarter were on homes with a flipped sale price between $1 million and $2 million, yielding a 45 percent average gross return on investment.  Homes in the $100,000 to $200,000 price range had the second best return at 43 percent followed by homes in the $200,000 to $300,000 price range with an average gross return of 41 percent. 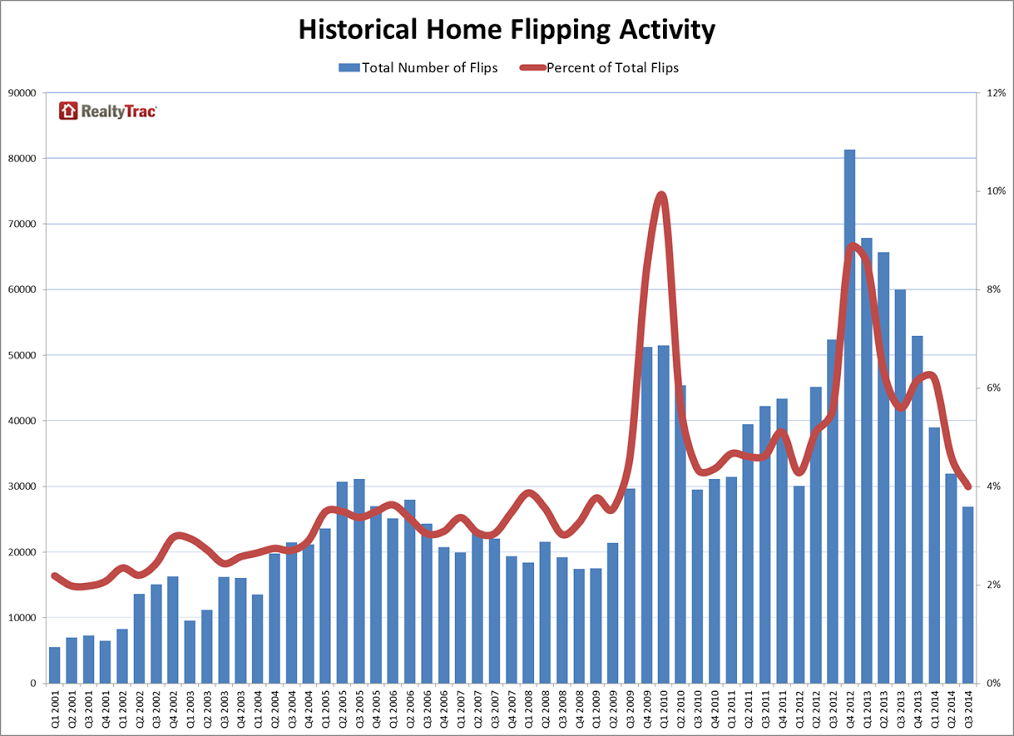 “The practice of flipping has become much more difficult. The margins have been drastically reduced, since acquisition and rehab costs have increased,” said Rick Koentopp, a real estate agent for RE/MAX Alliance, covering the Denver market.  “With an extremely active market, the inventory of candidates has dwindled. The appetite to do the flips is very strong, but it is harder to identify the properties. Many flippers have to potentially accept lower margins, which increases the risk that is involved.” 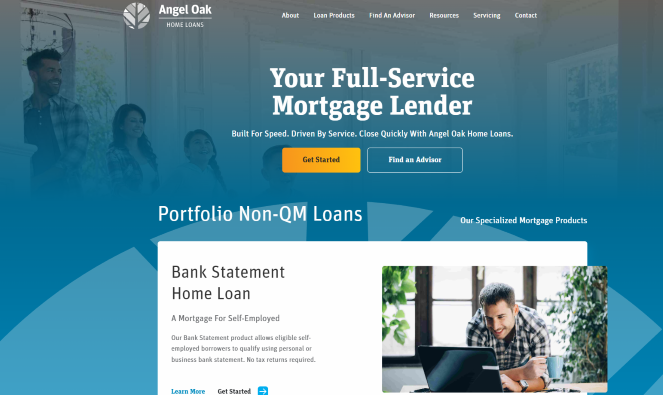