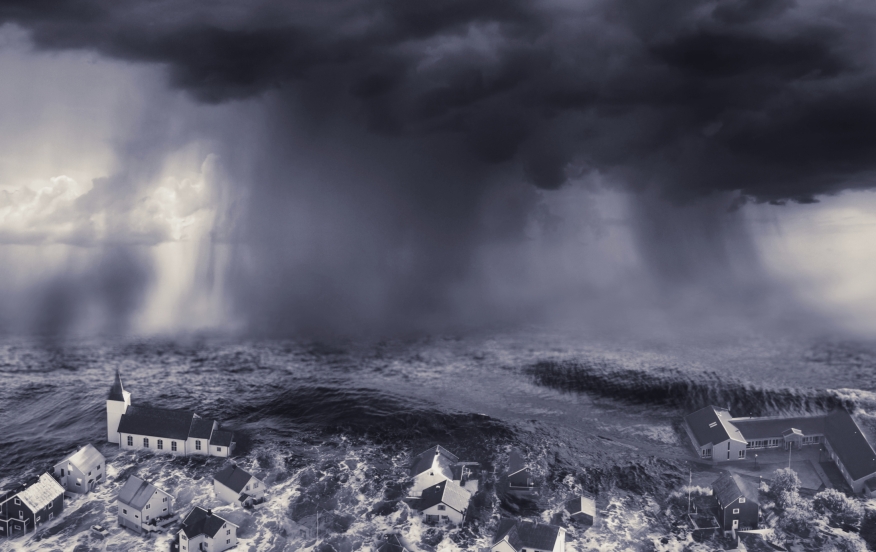 CoreLogic has released its annual Natural Hazard Risk Summary and Analysis detailing the most significant natural disasters of 2014 and providing several projections for 2015. The report provides a look at the year's hurricanes, floods, hailstorms, tornados, wildfires, sinkholes, earthquakes, tropical cyclones and typhoon events in the U.S. as well as an international snapshot of the hazard events that imposed significant damage across the globe.

Among key findings in the U.S., the CoreLogic 2014 Natural Hazard Risk Summary and Analysis notes:

►Just as 2013 experienced a decline in the damage caused by major hazards in the U.S. when compared with 2012, this year experienced a continuation of similarly low overall damage totals. Not since 2012 when Superstorm Sandy devastated parts of the northeast coast has the U.S. experienced a single natural hazard event that has totaled in the tens of billions of dollars in damage.

►The 2014 hurricane season marked the second consecutive year of low tropical storm and hurricane activity in the Atlantic Ocean. With only eight named North Atlantic storms, six formed into hurricanes and just two of the six developed into a major hurricane (defined as developing into a Category 3 or larger).

►Reasons for the below-normal hurricane impact in 2013 and 2014 can be attributed to the continuing high levels of wind shear in the Atlantic that impede the development of tropical cyclones, along with more stable atmospheric conditions in the Atlantic which subdue the formation of clouds and thunderstorms necessary for the development of tropical cyclones.

►The amount of flood-related losses that occurred in the first half of the year was dominated by flash flood events that caused a disproportionally large share of property loss in the flood category. Flash flooding was not limited to one region of the U.S, and many happened in large metropolitan areas such as Detroit, Long Island, N.Y. and Phoenix.

►The amount of damage attributed to flooding in 2014 is approximately $4.2 billion in losses for the year, which is below the long-term historical average of $5.3 billion annually.

►It is possible that the U.S. may still have two to three years of near-average flood-related damage before the next catastrophic loss occurs, based on projections from historic data. Analysis indicates that 2015 flood losses could total between $5-6 billion, with flash flooding events continuing to account for a large percentage of overall annual damage.

►This year is on track to have the fewest number of tornadoes recorded in the past decade with just 720 tornados verified through August and an additional 128 storm reports filed through November.

►Overall hail fall across the U.S. this year covered the greatest geographical area of any year since at least 2006. According to CoreLogic hail verification technology, 934,948 square miles, or 18.6 percent of the continental United States, were impacted by hail of 0.75 inches or greater.

►Looking ahead to 2015, if the number or geographical extent of storms producing larger, damaging hail returns to near or above recent norms, we will likely see a more severe hail season in 2015 and possibly higher insurance claims volume in comparison to 2013 and 2014.

►Early drought forecasts for 2015 indicate the likelihood of a continuation of drought conditions in the west. The accumulation of higher levels of dry fuel mean that the elevated risk for wildfires seen over the past few years will continue.

►Across the globe, the year 2014 is trending towards becoming the warmest year on record, with temperatures through the first 10 months of 2014 recorded as the warmest yet.