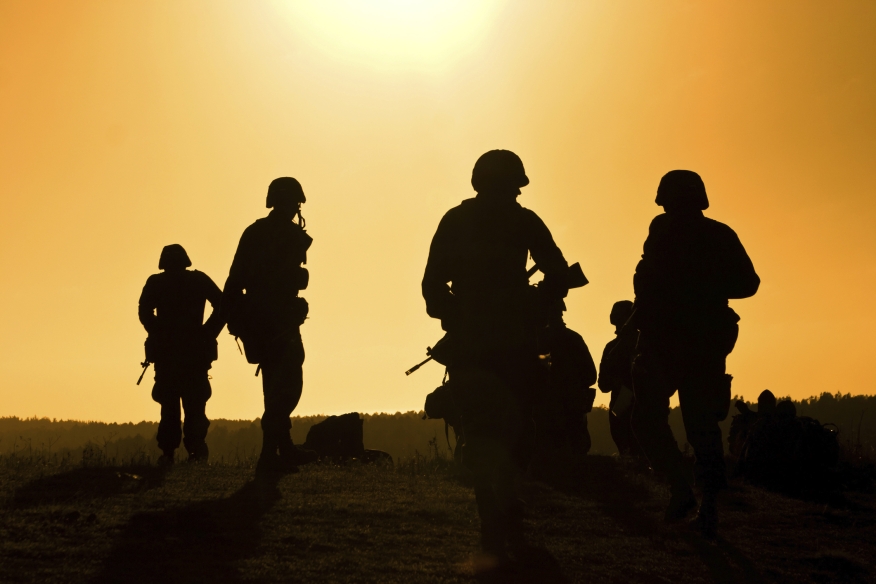 The Consumer Financial Protection Bureau (CFPB) has issued a report highlighting how loopholes in the current Military Lending Act rules are racking up costs for servicemembers. According to the report, these gaps have allowed companies to offer high-cost loans to military families by skirting the 36 percent rate cap and other military-specific credit protections. The CFPB included these findings in a comment letter filed in support of the Department of Defense’s proposal to broaden the scope of the Military Lending Act rules to cover deposit advance products, and more types of payday, auto title, and installment loans.

“The current rules under the Military Lending Act are akin to sending a soldier into battle with a flak jacket but no helmet. To give our troops full-cover protection, the rules need to be expanded,” said CFPB Director Richard Cordray. “The Department of Defense’s proposed revisions will go a long way toward better shielding our military from high-cost credit products.”

In 2006, Congress passed the Military Lending Act to protect active-duty military personnel, active National Guard or Reserve personnel, and their dependents from predatory lending practices. In 2013, Congress amended the law by, among other things, giving the CFPB specific authority to enforce it.

The current rules under the Military Lending Act provide servicemembers and their dependents with specific protections for their consumer credit transactions. Among other safeguards, the rules cap the Military Annual Percentage Rate (MAPR) at 36 percent. The rate cap includes certain costs of credit like interest, application and participation fees, and charges for credit insurance and other add-on products. The rules also prohibit lenders from taking account access or a security interest in a vehicle title and they prohibit lenders from requiring servicemembers to submit to arbitration in the event of a dispute.

The Department of Defense recently proposed broadening the scope to generally include credit offered or extended to active-duty military members that has a finance charge or is payable under a written agreement in more than four installments. This would expand the rules to cover many more types of credit, including deposit advance products, and more types of payday, auto title, and installment loans. Specifically, under the Department of Defense proposal:

►Any length payday loan or auto title loan would be covered: Currently, the rules do not cover payday loans with initial terms in excess of 91 days; for auto title loans the covered duration is 181 days or fewer. This means creditors can easily avoid the act’s interest rate cap by, for example, simply making the initial term of a payday loan longer than three months. Today’s report highlights the example of one lender in Illinois that set up a 12-month contract term for an auto title loan for a servicemember’s spouse. Because it was longer than 181 days, the current Military Lending Act rules did not prohibit the lender from charging an APR of 300 percent. In the end, the servicemember’s spouse spent $5,720.24 to borrow just $2,575.

►Any amount payday loan would be covered: The existing regulations do not cover payday loans with an initial balance of more than $2,000. For any payday loan above that amount, lenders can charge more than the 36 percent rate. Today’s report highlights the example of a California company that lent $2,600 to a servicemember and thereby was not prohibited by the current Military Lending Act rules from charging an APR of 219 percent. The servicemember paid $3,966.84 to borrow the $2,600 for one year.

►Open-end credit would be covered: The current rules do not cover high-interest-rate loans structured as open-end lines of credit. Today’s report highlights the case of an Internet-based lender located offshore that lent to a servicemember in Delaware. Because the loan was structured as an open-end line of credit, the current Military Lending Act rules did not prohibit the lender from charging an APR of 584 percent.

In addition to the anecdotal information gathered by the CFPB, the report looked at deposit advance products over a 12-month period when those products were being offered. Deposit advances structured as open-end lines of credit fall outside of the protections of the Military Lending Act, as it is currently implemented. While those products are currently less available than when the information was gathered, this serves as a snapshot example of how the current Military Lending Act rules can impact servicemembers and their families. Today’s report noted that during the study period:

►Servicemembers paid about $5 million in fees for these products: Looking at a sample of loans in a one-year timespan, the report estimates that servicemember borrowers took more than $50 million in deposit advances. For a typical fee of $10 per $100, these $50 million in advances would be associated with about $5 million in fees. If deposit advance products structured as open-end lines of credit had been covered by the Military Lending Act rules, those fees would have been significantly less than $5 million.

►Servicemembers paid more than 300 percent APR: The findings indicate that some depository institutions extended millions of dollars in deposit advance loans to servicemembers with APRs that typically exceeded 300 percent. But deposit advance loans structured as open-end lines of credit are not subject to the act’s limitations under the current rules.