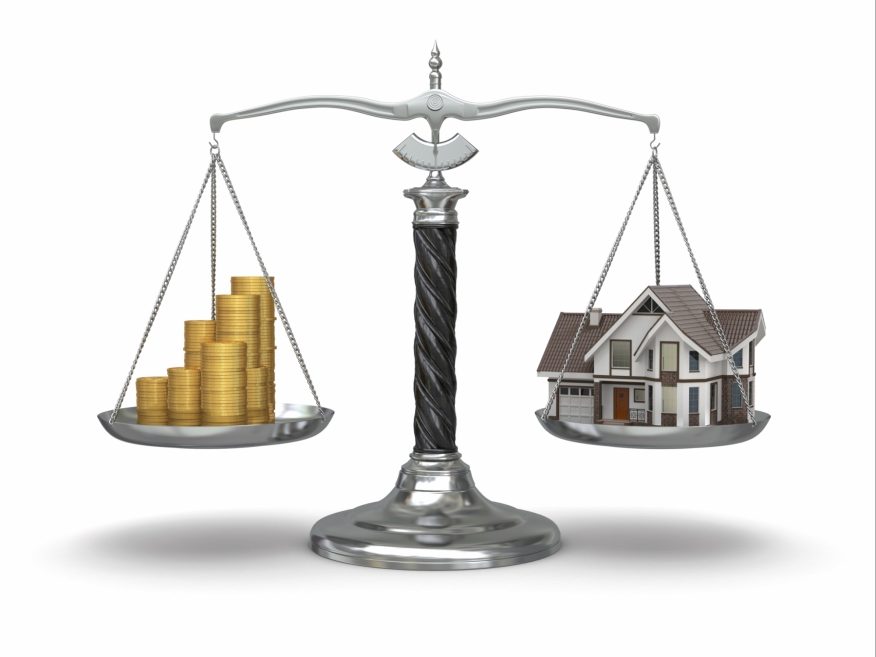 Housing data ended the year on a see-saw ride, with home prices declining while rents continued to rise.

However, the S&P/Case-Shiller U.S. National Home Price Index, which covers all nine U.S. census divisions, recorded a 4.6 percent annual gain in October 2014 versus 4.8 percent in September. Miami and San Francisco saw prices increasing 9.5 percent and 9.1 percent, respectively, over the last 12 months, while eight cities - including San Francisco, Denver and Tampa - saw prices rise faster in the year to October than a month earlier. On the flip side, Las Vegas led the declining annual returns with a decrease of -1.2 percent. 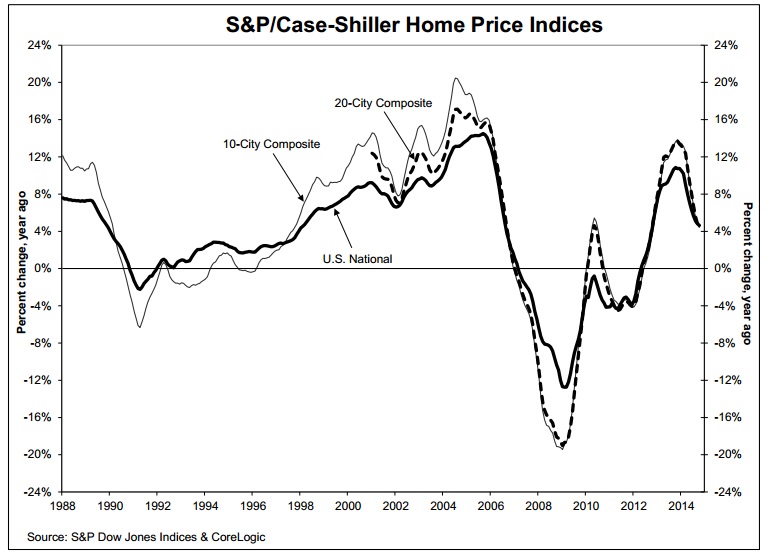 On a month-over-month basis, both the National and Composite Indices were slightly negative in October, with both indices reporting a -0.1 percent downturn, compared to the National Index posting a -0.2 percent change for the month. San Francisco and Tampa led all cities in October with increases of 0.8 percent, while Chicago and Cleveland led the negative column with decreases of -1 percent and -0.7 percent each. Ten cities recorded lower monthly figures while eight posted increases; Detroit and San Diego both reported flat monthly changes.

“After a long period when home prices rose, but at a slower pace with each passing month, we are seeing hints that prices could end 2014 on a strong note and accelerate into 2015,” said David M. Blitzer, managing director and chairman of the Index Committee at S&P Dow Jones Indices. “Two months ago, all 20 cities were experiencing weakening annual price increases, Last month, 18 experienced weakness. This time, 12 cities had weaker annual price growth, but eight saw the pace of price gains pick up. Seasonally adjusted, all 20 cities had higher prices than a month ago.” 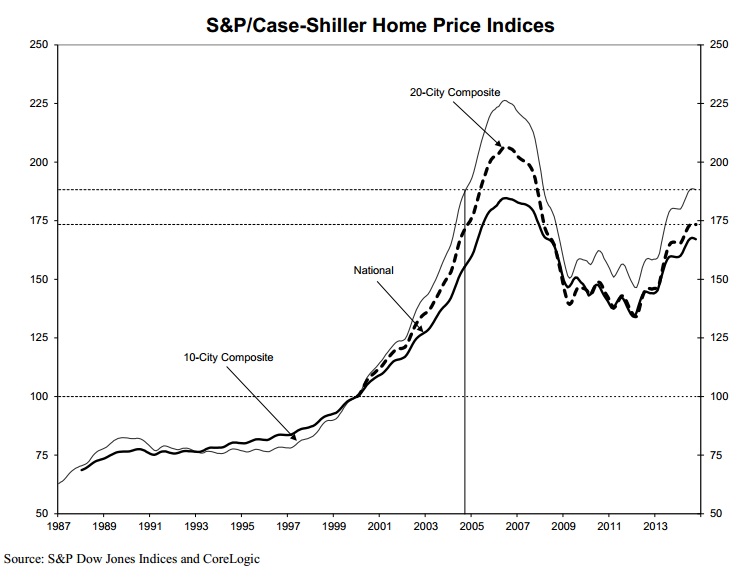 Meanwhile, life has gotten considerably more expensive for those who are renting. According to the year-end data released by Zillow, U.S. renters cumulatively paid $441 billion in rent in 2014 compared to $420 billion last year, an increase of nearly five percent.

Part of this increase can be attributed to the expansion of the renting population. Nationally, the total number of renters is estimated to have grown 1.9 percent in 2014. Still, there is evidence of unmistakable rent hikes, with the median rent paid increasing 2.9 percent during this period.

In some markets, the pain of rising rents is particularly acute. California’s Bay Area, consisting of the San Jose and San Francisco metros, saw the largest jump in cumulative rent paid in 2014, up 14.4 and 13.5 percent respectively. Zillow reported that rent per household in the San Jose metro rose by $197 per month, while rent in the San Francisco metro rose by $163 per month.

Zillow Chief Economist Stan Humphries predicted that 2015 will see more of the same.

“Next year, we expect rents to rise even faster than home values, meaning that another increase in total rent paid similar to that seen this year isn't out of the question,” Humphries said. “In fact, it's probable.”