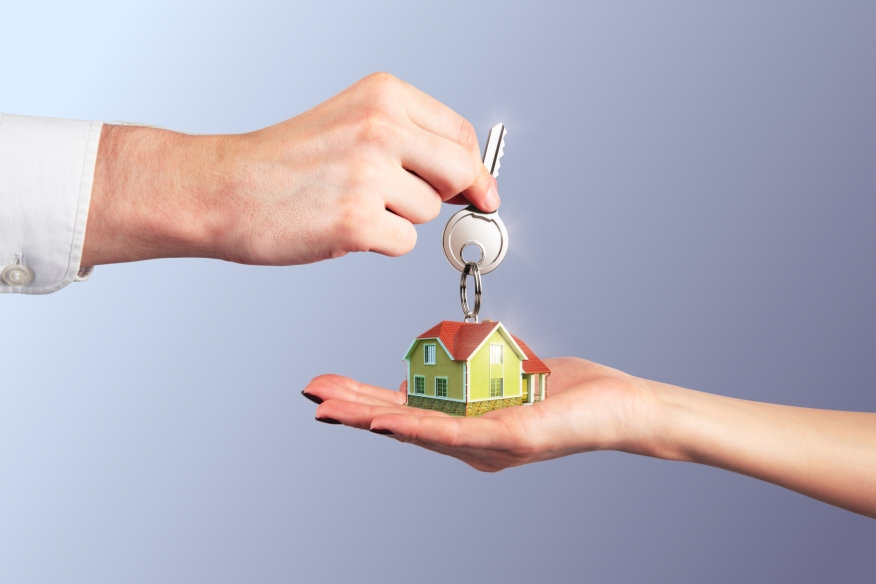 The final housing data numbers for 2014 point to a positive trend, with home sales and home appreciation levels continuing to rise.

Pending home sales increased slightly improved in November and are above year-over-year levels for the third straight month, according to the latest Pending Home Sales Index (PHSI) released by the National Association of Realtors (NAR). November’s PHSI inched up 0.8 percent to 104.8 in November from a slightly downwardly revised 104.0 in October and is now 4.1 percent above November 2013 (100.7)—the highest year-over-year gain since August 2013’s level of 5.6 percent. All major regions experienced a slight gain in activity in November except for the Midwest, which dropped slightly by 0.4 percent.

NAR forecast total existing-homes sales this year to be around 4.94 million, which would be a three percent decline from last year’s 5.09 million, but the trade group predicts a 2015 rise to 5.30 million. NAR also stated the national median existing-home price for all of this year will be close to $208,000, up 5.6 percent from 2013, and is likely to moderate to a pace between 4 and 5 percent next year. Existing-home prices rose 11.4 percent in 2013.

Lawrence Yun, NAR’s chief economist, credited a growing confidence in the economy for fueling these numbers—and speaking of fuel, Yun added that the recent plummet in gas prices should enable potential homebuyers to save more money for their downpayments. Last month, NAR released data that found the median downpayment ranged from 6 percent for first-time buyers to 13 percent for repeat buyers.

“There’s still misperception out there that a much higher downpayment is needed, while that’s not the reality,” said Yun.

Separately, RealtyTrac released its November 2014 Residential & Foreclosure Sales Report, which found the median sales price of U.S. single family homes and condos in November was $190,000, a 15 percent increase from a year ago but somewhat flat compared to one month earlier. The biggest increase in share of home sales was in the $500,000 to $1 Million range (up 20 percent); sales over $1 million were also up 15 percent. However, sales of homes in the under-$200,000 declined. Home price appreciation accelerated in 42 of the 102 (41 percent) metro areas nationwide with a population of 500,000 or more. 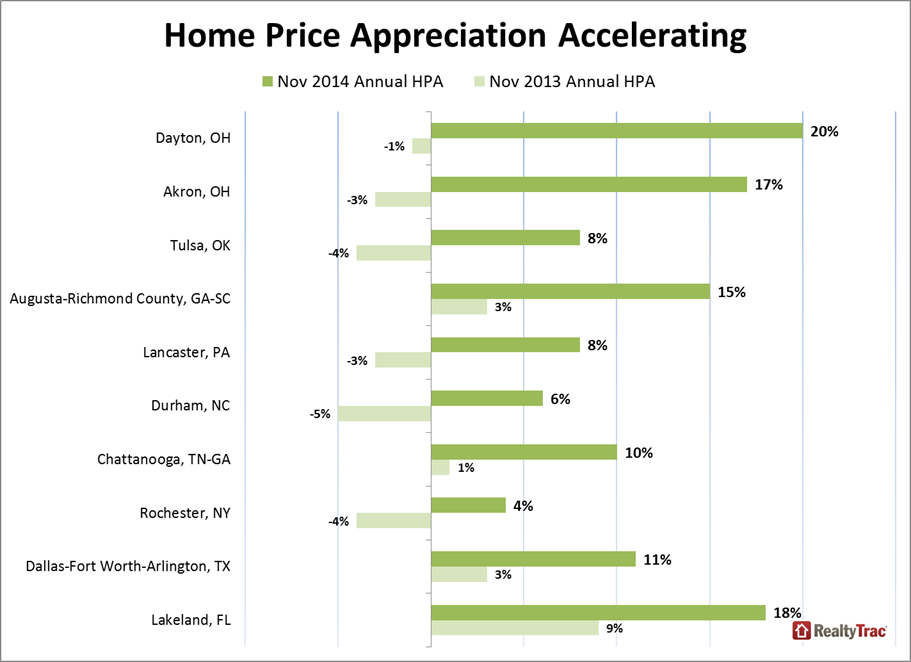 The combination of short sales and distressed sales accounted for 12.6 percent of all residential property sales in November, down from 13.7 percent the previous month and down from 14.8 percent in November 2013. The median sales price of distressed homes reached $128,625 in November, the highest since December 2009.

“As the price of distressed properties reaches a new high the pool of investor activity that has been fueling the housing recovery may dry up,” said Daren Blomquist, vice president at RealtyTrac. “However, 20 states still saw annual decreases in distressed property prices, so we will continue to see a fragmented recovery as investors move from once hot markets such as Phoenix, Atlanta and many California markets and into markets such as Charlotte, Columbus, Ohio, Dallas and Oklahoma City. Home price appreciation on average was six percent among all metro areas with a population of 500,000 or more. We saw strong price appreciation in Rust Belt cities like Detroit, Cleveland and Chicago contrasted with single-digit price appreciation in many coastal California markets, Phoenix, Las Vegas, and the District of Columbia.” 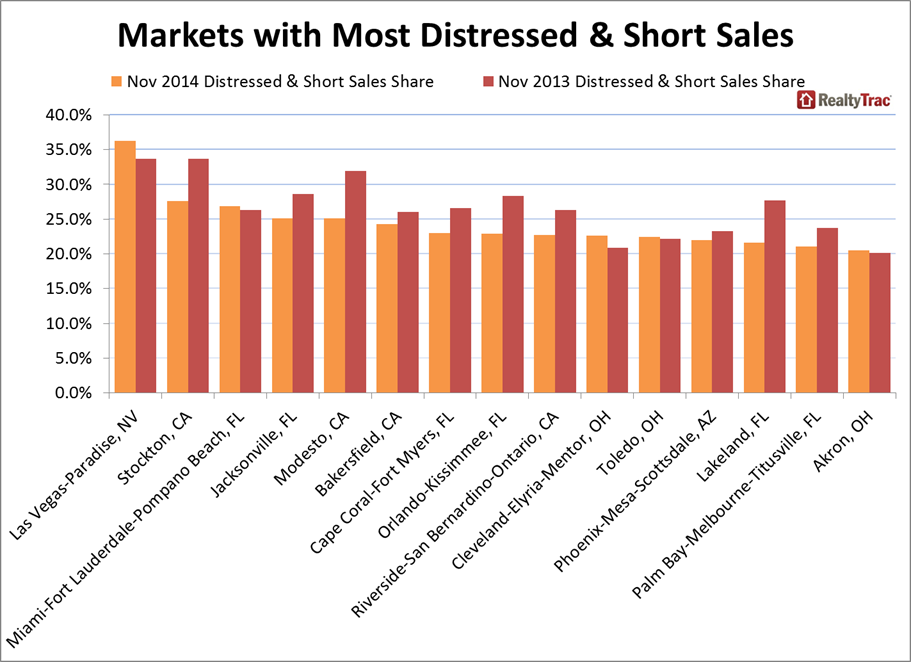