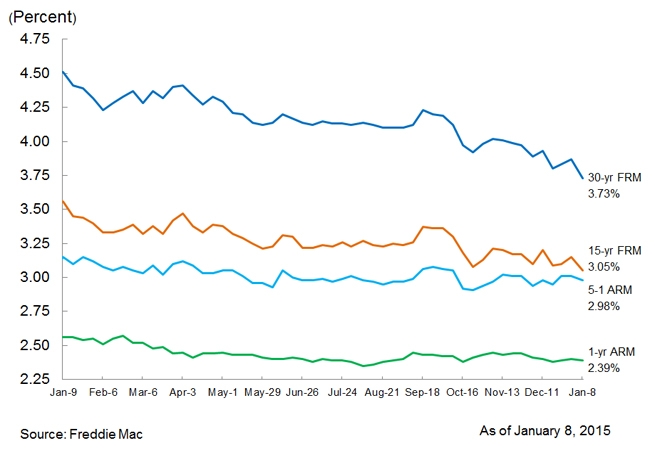 "Mortgage rates fell to begin the year as 10-year Treasury yields slid beneath two percent for the first time in three months," said Frank Nothaft, vice president and chief economist, Freddie Mac. "Meanwhile, the Fed minutes indicated ongoing discussion regarding the timing of the first rate hike. Of the few economic releases this week, ADP Research Institute reports the private sector added an estimated 241,000 jobs in December, which exceeded market expectations and followed an upward revision of 19,000 jobs in November."