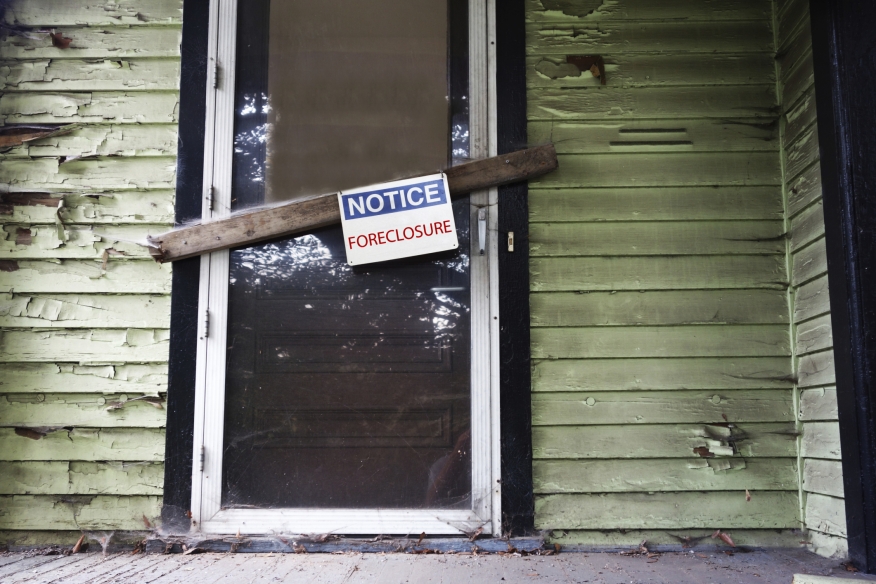 “The U.S. foreclosure numbers in 2014 show a foreclosure market that is close to finding a floor and stabilizing at a historically normal level,” said Daren Blomquist vice president at RealtyTrac. “But a recent surge in foreclosure starts and scheduled foreclosure auctions in several states in the last few months of 2014 indicate that lenders are gearing up for a spring cleaning of deferred distress in the first half of 2015 in some local markets.” 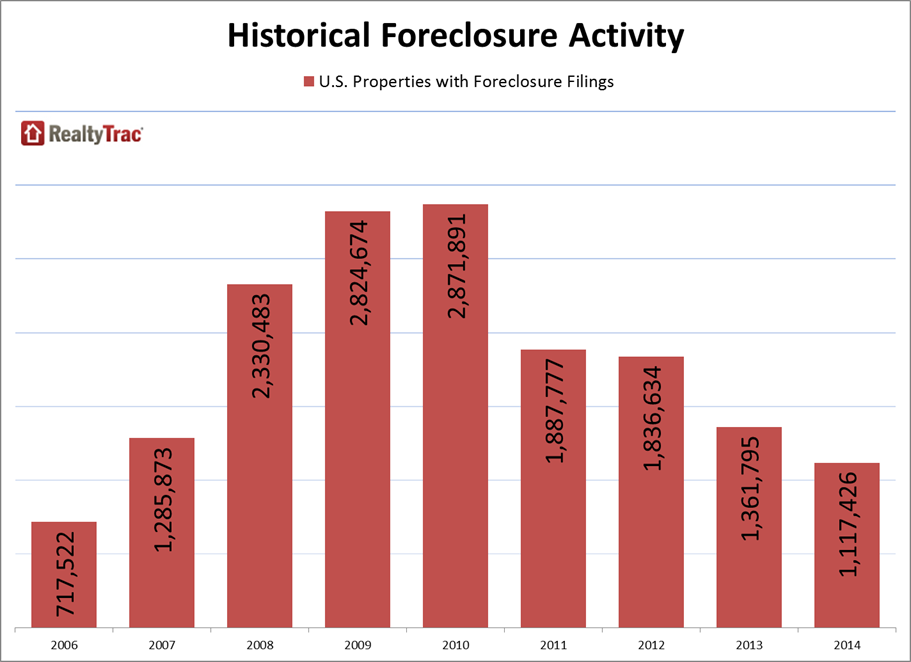 “The December surge in foreclosure starts is not a cause for concern, as it comes from a previously existing supply of distressed properties,” said Andres Carbacho-Burgos, senior economist at Moody’s Analytics, which analyzes RealtyTrac foreclosure data to forecast foreclosure trends. “The national pool of distressed mortgages has not increased despite the surge in foreclosure filings. The geographic location of the surge in foreclosure starts is not surprising. The list of states with increased activity in the last months of 2014 includes those with judicial foreclosure backlogs such as Massachusetts, New Jersey, Pennsylvania and New York. Nevada is also on the list and is not a judicial state, but still has a substantial pool of seriously delinquent mortgages relative to the years before the housing crisis.” 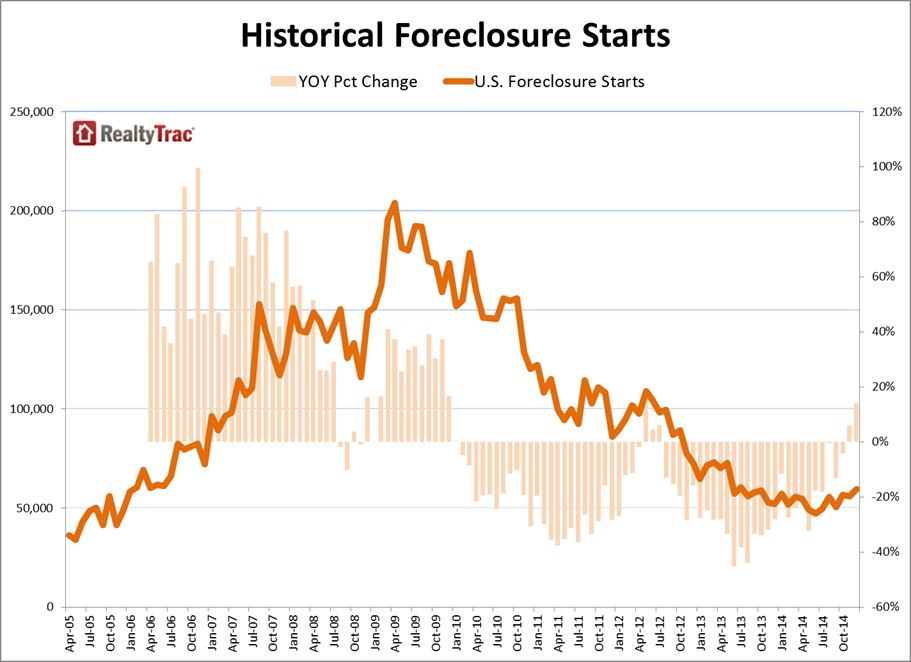 Scheduled auctions—which in some states are the foreclosure start—in the fourth quarter increased from a year ago in 28 states, including North Carolina (up 199 percent), Oregon (up 152 percent), New Jersey (up 118 percent), New York (up 90 percent), Minnesota (up 34 percent), and Texas (up 28 percent). 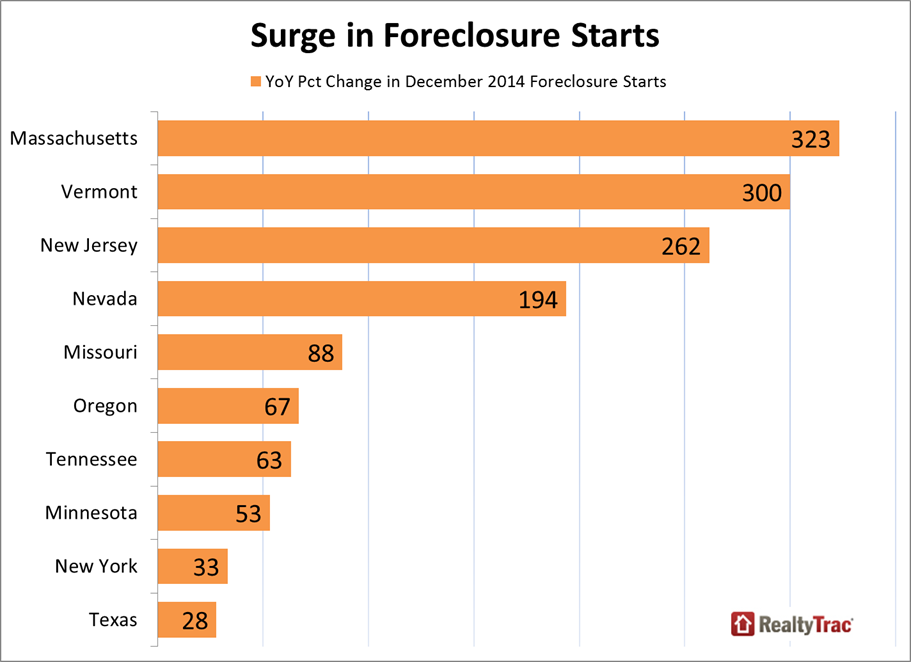 There were nine states that bucked the national trend with increasing REOs in 2014, including Maryland (up 58 percent), New York (up 40 percent), Oregon (up 38 percent) and New Jersey (up 34 percent).

Other high-level findings from the report:

►Among the nation’s 20 largest metro areas, four posted an increase in 2014 foreclosure activity compared to 2013: New York (up 31 percent), Philadelphia (up 15 percent), Washington, D.C. (up four percent), and Houston (up two percent). 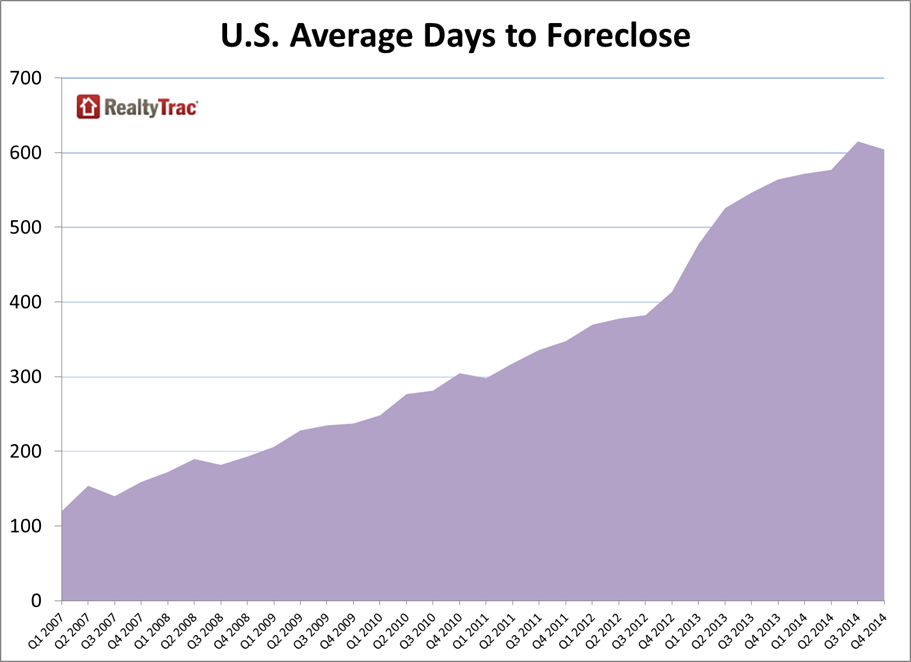