Obama Omits Housing From State of the Union Address 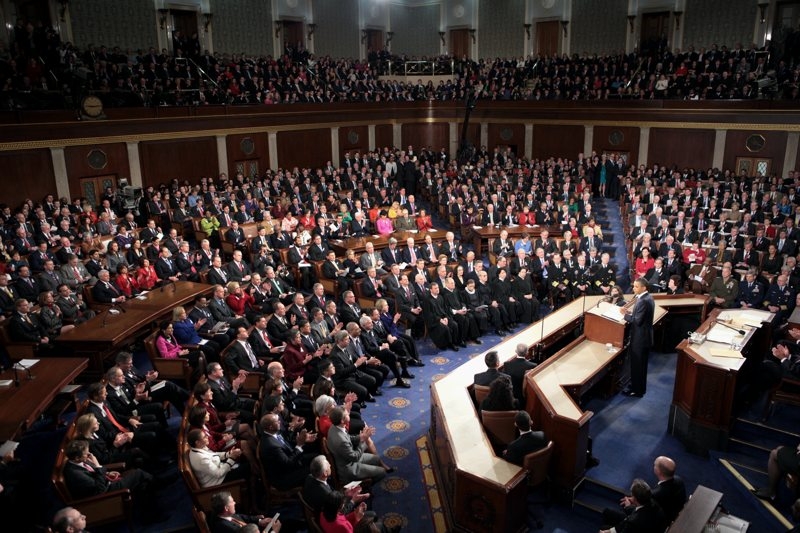 President Barack Obama made no mention of housing, the state of the government-sponsored enterprises (GSEs), or any mention of potential programs to expand and solidify homeownership in last night’s State of the Union address.

In the course of his speech, the president mentioned the word “housing” only once (which was used in a letter that a Minnesota waitress wrote to the White House in regard to economic problems) and the word “mortgage” twice (also in regard to the waitress that contacted the White House and later in connection to lower mortgage premiums as being among the financial considerations designed to “make a meaningful difference in the lives of millions of families”).

The absence of any mention of housing policy in the State of the Union may seem unusual, considering that two weeks ago the White House began to play up the subject by announcing the president’s plan to cut Federal Housing Administration mortgage premiums by 0.5 percent as “a major new step” in improving the affordability of mortgages.

“In total, this action will help millions of families save billions of dollars in mortgage payments in the coming years, helping to support the housing market recovery,” the White House claimed in a Jan. 7 statement.

In his speech two weeks ago, the president only briefly cited GSE reform by challenging Congress to address the issue; Obama did not offer any specific reform plans for Congress to consider.

Housing-related issues were also absent from the GOP response to the State of the Union, which was delivered by Iowa Sen. Jodi Ernst. The words “housing” and “mortgage” were never mentioned in Ernst’s speech.