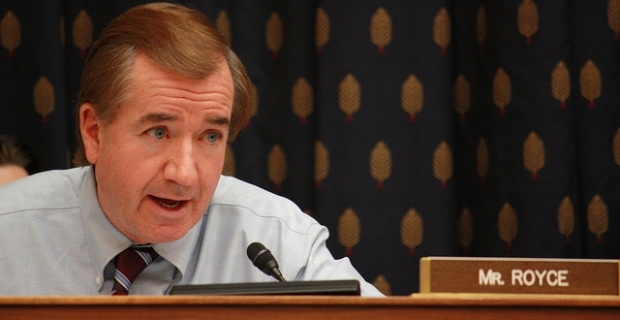 U.S. Rep. Ed Royce (R-CA) has announced plans to introduce the "Pay Back the Taxpayers Act of 2015," legislation that prohibits Fannie Mae and Freddie Mac from diverting funds to the Housing Trust Fund and the Capital Magnet Fund in accordance with the Federal Housing Finance Agency’s (FHFA) interpretation of the Housing and Economic Recovery Act of 2008 (HERA).

“We heard directly today from Fannie and Freddie's regulator that while they remain under-capitalized and over-leveraged, it is the right time to start siphoning money away from these taxpayer-backed GSEs to questionable housing groups,” said Rep. Royce. "Anyone who witnessed the financial crisis knows exactly how this will play out. A larger government presence in housing distorts the market and promotes a boom-and-bust cycle that leaves taxpayers holding the bag. Coupled with the recent decision by the FHA to reduce mortgage premiums, it appears that the Administration is taking us in the complete wrong direction when it comes to stabilizing housing markets. The Pay Back the Taxpayers Act will preempt payments from the GSEs to housing advocacy groups and instead reroutes them where they belong: with the taxpayers.”

Under current law, the FHFA is required to suspend allocations to the funds if such payments would: Contribute to the financial instability of the GSEs; cause the GSES to be undercapitalized; or prevent the GSEs from successfully completing a capital restoration plan.

The Pay Back the Taxpayers Act removes any ambiguity under the law and states that no funds from Fannie and Freddie can be used to fund the national Housing Trust Fund while the GSEs are in conservatorship or receivership. In light of FHFA Director Mel Watt’s recent decision to reverse course on the funds’ capitalization, the bill includes a prohibition on any future transfers from the GSEs to the funds and will require any payments that have already been allocated or set aside be instead used to reduce the budget deficit.

In late January, Rep. Royce questioned FHFA Director Mel Watt at the House Financial Services Committee hearing entitled “Sustainable Housing Finance: An Update From the Director of the Federal Housing Finance Agency” as to why he has directed the GSEs to fund these housing groups when the GSEs are over-leveraged and undercapitalized.