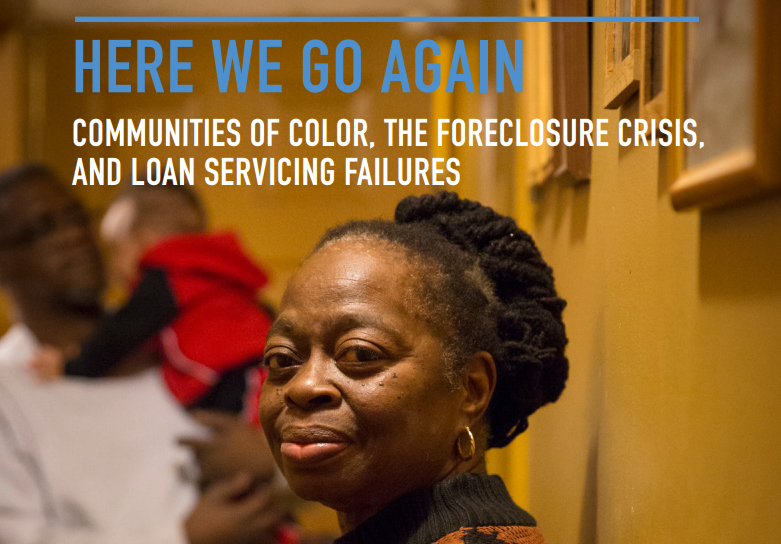 The American Civil Liberties Union (ACLU) and MFY Legal Services Inc. have published a report stating that homeowners in predominantly minority neighborhoods in New York State run a stronger chance of losing their homes as a result of inadequate loan modification efforts by mortgage servicers, and that government regulators are not helpful to these at-risk homeowners.

The report, titled “Here We Go Again: Communities of Color, the Foreclosure Crisis and Loan Servicing Failures,” analyzes complaints collected by the Consumer Financial Protection Bureau (CFPB) that included homeowners being denied loan modification applications and delays in the modification process that stretched out for months. The report was especially critical about the mortgage servicing efforts by Nationstar, Wells Fargo and Ocwen.

The report also criticized government regulators for all but ignoring problems related to fair lending issues. Regulators are also charged with not reviewing their data to determine if race-based inequities were taking place in regard to the processing of government loan modification programs.

“During the subprime lending boom, communities of color were targeted for the riskiest, most predatory loans. Now these same communities are unduly suffering from mortgage servicers’ systemic failures,” said Rachel Goodman, staff attorney with the ACLU’s Racial Justice Program and co-author of the report.

“It’s as if the government doesn’t want to see what is really happening in communities of color. Instead, the government touts the effectiveness of its modification programs and announces that we are in a housing recovery,” said Elizabeth M. Lynch, an attorney at New York City-based MFY Legal Services and co-author of the report. “But this is simply not true in minority neighborhoods.”