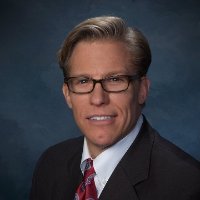 Mid America Mortgage Inc. has announced that Adam Rieke has joined the organization as director of national TPO lending. Rieke brings an extensive track record of success in the mortgage lending arena. Over the last 23 years, Rieke has built and managed several highly profitable wholesale lending operations. An industry veteran, Rieke will continue to focus his efforts in the TPO sector in his new role with Mid America Mortgage.

“Technology is a major concern due to regulatory compliance requirements and in allowing the millennial generation to have a greater role in the housing industry,” Rieke said. “Under CEO Jeff Bode's vision and through utilization of Mortgage Machine, Mid America Mortgage enables its TPO partners to utilize technology-based solutions to combat an ever-changing regulatory landscape. In so doing, Mid America has attracted quality brokers, bankers, and depositories. By providing the necessary ‘ease-of-use,’ it has also freed its TPO partners to focus on their strength, the origination of residential mortgage loans."