Who’s Afraid of the CFPB? 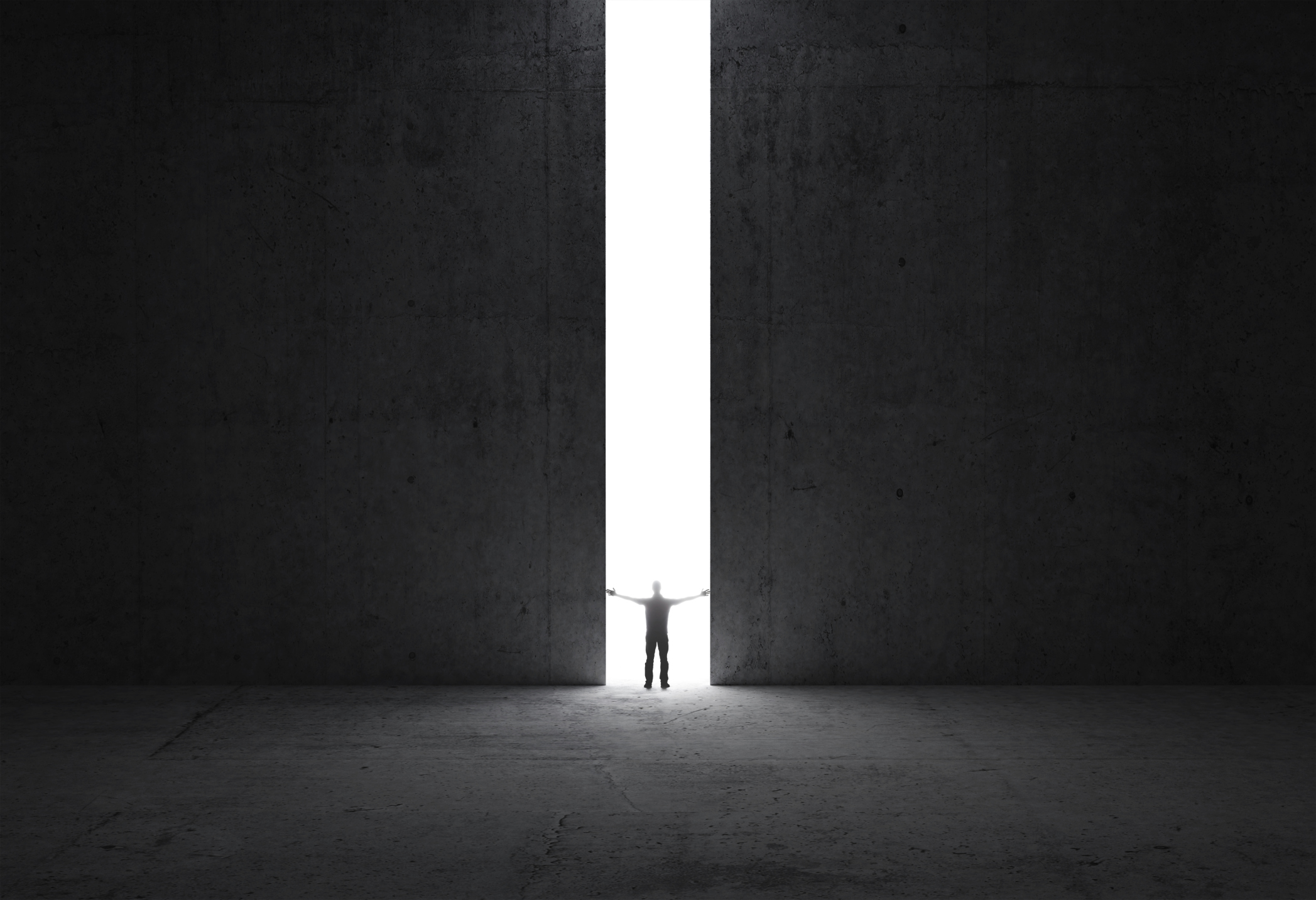 This July marks the fifth anniversary of the passage of the Dodd-Frank Act, which set forth the creation of the Consumer Financial Protection Bureau (CFPB). While it has only been operational for a relatively short time, the CFPB has made a profound impact on the mortgage banking industry.

During the period leading up to its official launch, the CFPB was positioned as a regulatory agency that would bring structure and stability to a chaotic environment. Elizabeth Warren, the Harvard law professor credited as the Bureau’s chief architect, repeatedly spoke of the CFPB as being a “cop on the beat”—a less-than-subtle insinuation that the financial services world was overpopulated by miscreants and malfeasance. Perhaps Warren’s commentary was a little too caustic—the Obama Administration bypassed Warren and nominated Richard Cordray, a non-controversial former Ohio attorney general, as the Bureau’s first director.

Throughout its relatively brief life, the CFPB has attracted what seems to be a surplus amount of problematic attention: The controversial presidential recess appointment that put Cordray into office in January 2012 after a GOP blockage of his nominating process; complaints by Capitol Hill Republicans ranging from a lack of transparency to an absence of accountability with the new Bureau; Director Cordray is paid approximately $180,000 per year; the rising costs for the design and construction of the Bureau’s headquarters; and allegations of discrimination within the Bureau’s workforce. 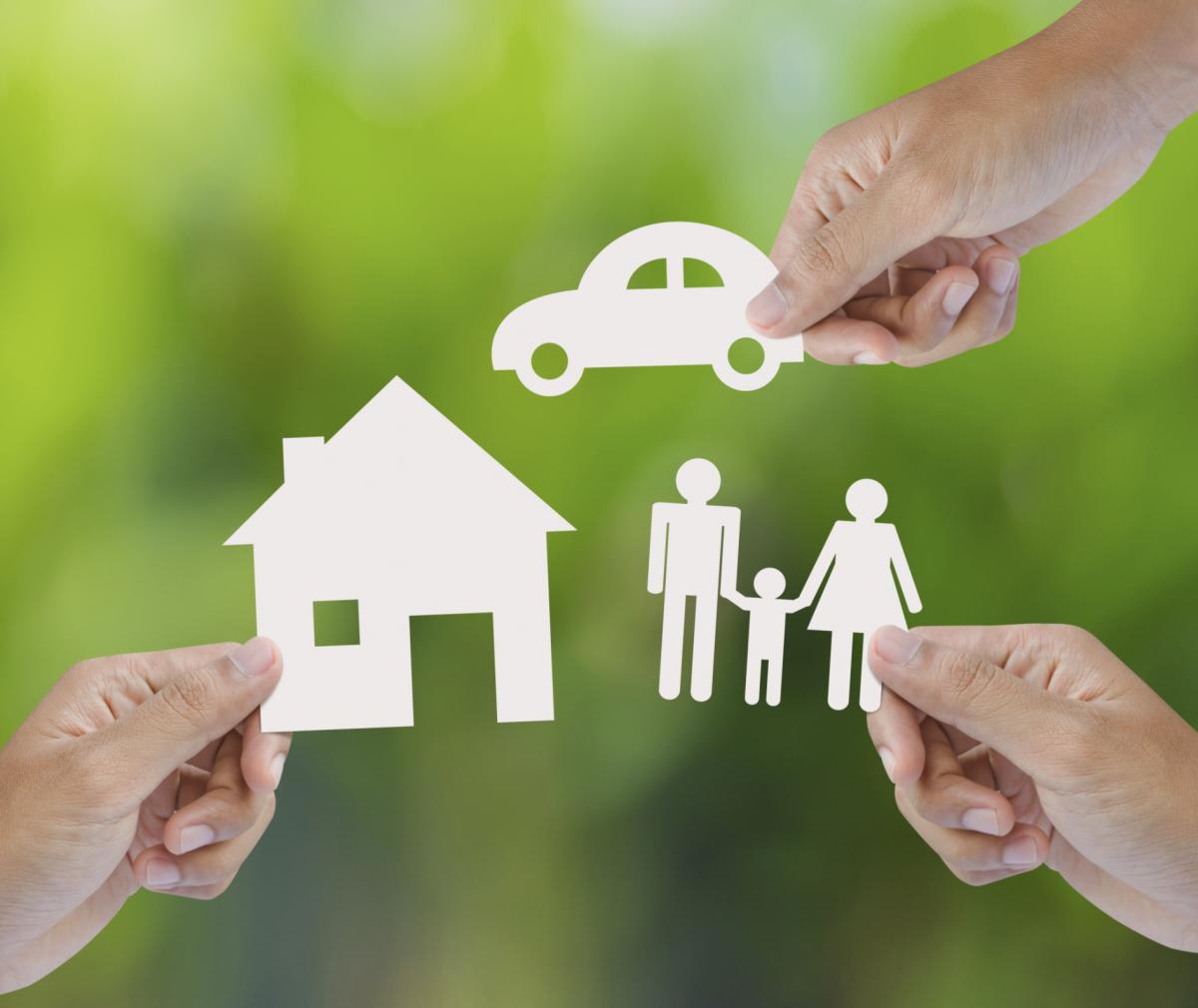 To date, the mortgage banking industry’s leading figures have not offered any comment on these thorny matters. And the relatively rare public rebukes of the CFPB’s actions have been enveloped in careful language—most notably after CFPB Deputy Director Steve Antonakes’ harsh critique of servicers at the 2014 Mortgage Bankers Association’s National Mortgage Servicing Conference, which the trade group’s leader, David H. Stevens, diplomatically viewed as going “just a bit too far.”

On a personal note, this writer has encountered a large number of industry leaders that have declined to go on record to rebuke the CFPB, citing a fear of enforcement reprisals. Is it accurate for the CFPB to be considered vindictive enough to target mortgage bankers that call its actions into question?

“Vindictive might be a strong word, but it is not a word that I’d think as being inaccurate,” said Mark A. Calabria, director of financial regulation studies at the Cato Institute in Washington, D.C. “But that’s true for all agencies. You rarely see big banks criticize the Federal Reserve. When Jamie Dimon criticized Ben Bernanke, it was big news—it was pretty unusual.”

But Joseph Murin, chairman of Fulton, Md.-based Chrysalis Holdings LLC and a former Ginnie Mae president, does not see the CFPB as being eager to punish its critics.

“I don’t think that’s it at all,” Murin commented. “This is the first time mortgage bankers had this type of oversight. It had been like the Wild West in a lot of cases. And people don’t want to upset the regulator—any regulator, not just CFPB. Especially folks in mortgage banking, who are not used to dealing with regulators.”

“Everyone likes the policeman until they write them a ticket,” Benson said.

A few encouraging words
So, in fairness to the CFPB, what are the Bureau’s strong points and where is it in need of improvement?

For Murin, the CFPB deserves to be cut some slack for taking on a regulatory task of unprecedented proportions.

“They had a humongous hill to climb, based on the Dodd-Frank requirements,” he said. “This was complicated by the number of investigations done across the mortgage spectrum. I don’t think the CFPB knew what it was getting into when it opened the Pandora’s Box on mortgage lending and mortgage servicing.”

Jeanne Erickson, senior attorney at Minneapolis-based Wolters Kluwer Financial Services (WKFS), noted that the CFPB was also burdened by a surplus of duties and a beat-the-clock approach to getting them handled.

“They had a lot of regulations to implement—for most of them, they had a pretty tight timeline to do it,” Erickson said. “By January 2014, eight different regulations took effect.”

Erickson added that one crucial duty was not tied to an impossibly tight deadline.

“For the changes to TILA/RESPA, they did not have a timeline,” she continued. “I appreciate the fact they recognized industry was awfully busy and gave it more time to implement TILA/RESPA than you might get from a regulator. In past situations, regulators put regulations out and said, ‘Just deal with it.’ I’ve felt the CFPB was more responsive to interested parties like vendors and lenders.”

Rocke Andrews, vice president of NAMB—The Association of Mortgage Professionals and a mortgage specialist with Tucson, Ariz.-based Lending Arizona LLC, pointed out that CFPB was not tasked with replacing a single agency, but in inheriting workloads that were shifted across Washington, D.C.

“Before the CFPB, regulations used to be overseen by seven or eight agencies,” Andrews said.

Andrews added that the Bureau has established a professional working relationship with trade groups like NAMB.

“They listen well and appreciate genuine conversation with the intent of improving overall, rather than getting angry responses saying all is no good,” Andrews said.

Andy W. Harris, president of Lake Oswego, Ore.-based Vantage Mortgage Group Inc. and treasurer of NAMB, noted that the Bureau is particularly responsive when it comes to number-crunching. 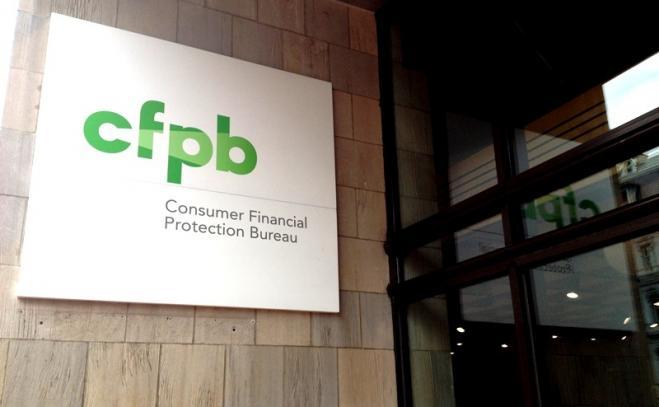 “They like data,” Harris said. “We try to collect more and more data for them to show where there may be consumer harm.”

Brian Coester, CEO of Rockville, Md.-based Coester Valuation Management Services, observed that while the CFPB is a dominant force in the mortgage industry, it also has a responsibility to regulate other corners of the consumer credit world.

And whereas now-defunct regulators such as the Office of Thrift Supervision (OTS) and the Office of Federal Housing Enterprise Oversight (OFHEO) deteriorated into inefficient entities, the CFPB has been a positioned as a muscular force that is not to be ignored.

“They sent a message throughout the industry for people to take regulations more seriously and not dance in the grey areas,” Coester added. 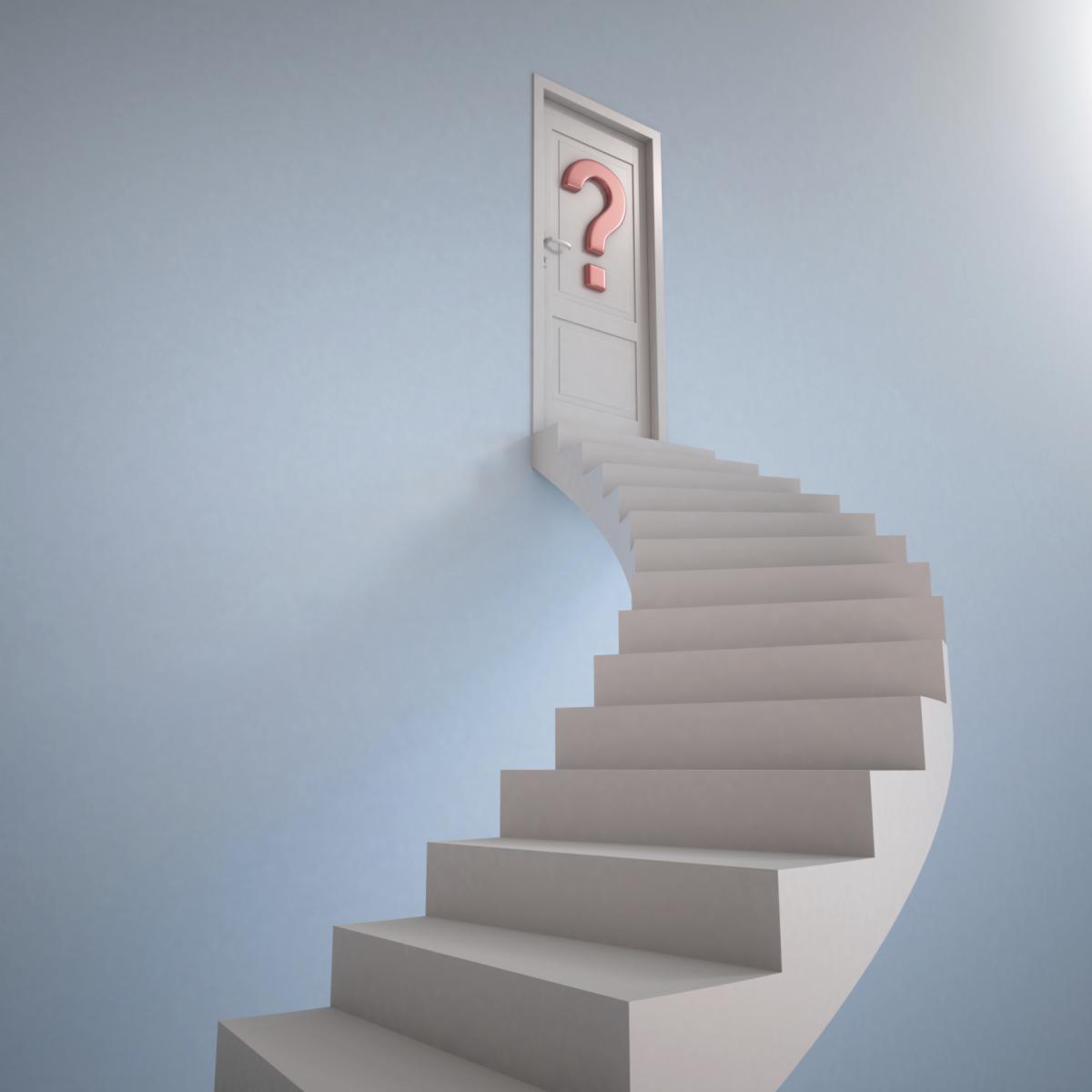 A few discouraging words
But chief among the problems that many industry figures have with the CFPB includes the Bureau’s movement through its own grey areas—especially in regard to enforcement. Coester noted that under the CFPB, its “cop on the beat” reputation suggests that it will pursue a no-nonsense approach to those that it considers to be in error.

“It has a level of implied enforcements,” Coester said. “It does not have to fine or regulate everyone for its presence to be felt.”

But to many, this presents a new problem: A presumption of guilt, especially in regard to regulatory parameters that are still fairly new.

“They seem to be getting into an area of interpretation through enforcement rather than transparency up front, or telling us what is expected of those persons under the jurisdiction of the bureau,” complained Chuck Cain, senior vice president and, agency manager for the Midwest region at WFC National Title Insurance Company, based in Lake Oswego, Ore. “People are now being penalized when they never knew where the sidelines of the field were before.”

“They are not issuing guidance to the industry,” said Andrews. “They want the industry to err on the side of conservatism. But everyone feels like they are waiting for someone to get hit.”

John Lawson, senior vice president of compliance at Commerce Home Mortgage, based in San Ramon, Calif., faulted the CFPB for sometimes being too vague or even uncommunicative in stating what it expects from the mortgage industry.

“When they’re closed up, you get more information from reading your horoscope,” Lawson stated. “They could do a better job in reaching out and telling people what they’re looking for.”

John Councilman, CMC, CRMS, president of NAMB and president of Fort Myers, Fla.-based AMC Mortgage Corporation, has concerns that smaller companies are bearing a surplus amount of the brunt of the CFPB’s power.

“Their policies are tilted in favor of large entities versus small entities,” Councilman said. “Small banks are not as able to do what the CFPB wants. The smaller companies that NAMB has as members have not fared as well [under the CFPB] as they should have.”

But there are large sections of the mortgage space where the CFPB’s enforcement authority is completely absent—and some people are not pleased about that.

“The number one harm to consumers is RESPA Section 8 violations,” said Harris. “Real estate builders and mortgage companies—I can talk about this in Oregon—violate RESPA through illegal marketing service agreements. The CFPB needs to put a lot more focus to hold real estate agents and builders accountable.” 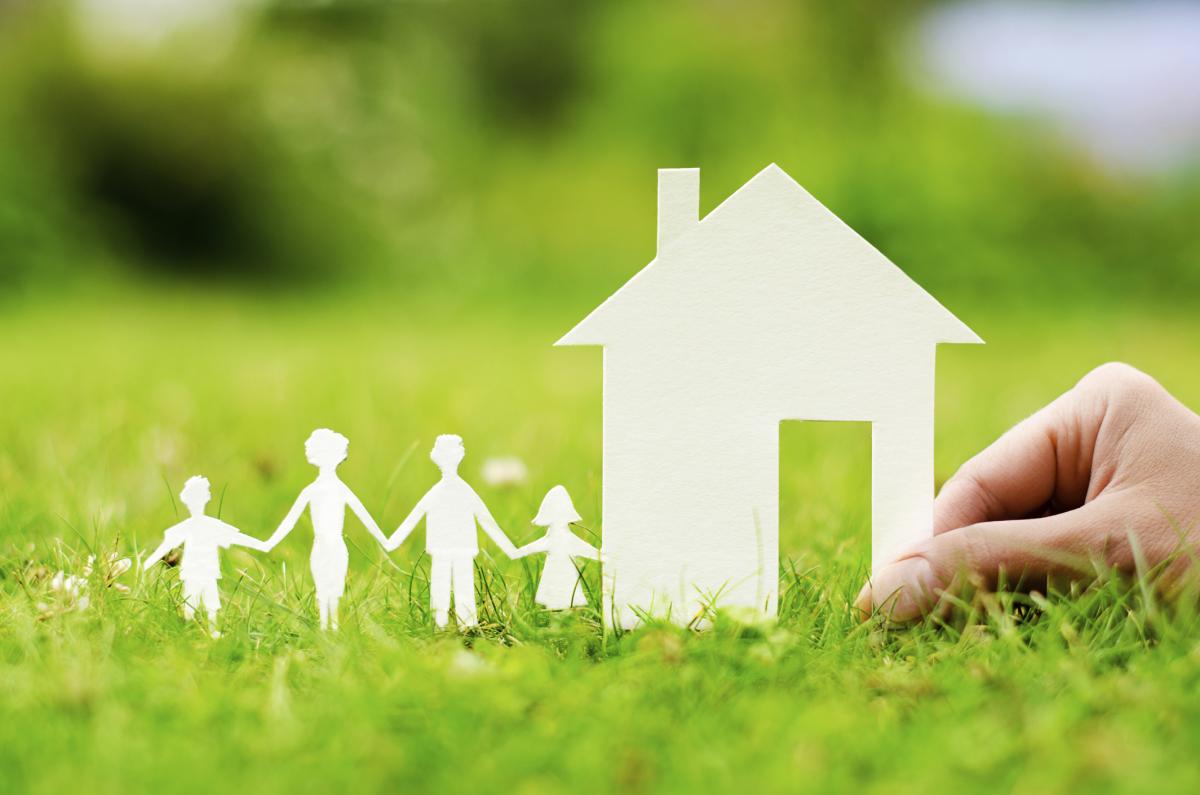 “The FHA makes very risky loans—it is ground zero for deceptive lending practices,” said Edward Pinto, co-director and chief risk officer of the International Center on Housing Risk at the American Enterprise Institute in Washington, D.C. “They compound the problem by not pricing loans for the risk. That is deceptive to the consumer and the CFPB has done nothing to deal with this deception. The CFPB is supposed to consult with the FHA on it, but I think the CFPB believes the FHA should be allowed to do whatever they want.”

“The fact the GSEs and HUD are exempt from the [CFPB’s] QM rule is a big deal because they dominate the market,” said Faith Schwartz, senior vice president of government affairs at Irvine, Calif.-based CoreLogic. “In terms of risk retention, there is no private label market, so we do not know the full impact of risk retention on QM.”

“I believed the CFPB should have the authority to monitor the FHFA,” said Logan Mohtashami, an Irvine, Calif.-based senior loan manager at AMC Lending and a financial blogger at LoganMohtashami.com. “If they were given the power to go in and investigate these put-backs—in my view, some of these put-backs are petty—they could provide better service to the U.S. in terms of housing.”

Of course, the CFPB was created to help the general public and not financial institutions. But John Stevens, Utah area manager for ENG Lending, questioned whether the pursuit of this goal created new problems.

“The CFPB’s main focus was to protect consumers from predatory lending and steering and continuing to keep the American Dream alive,” said Stevens. “But it created a more costly environment for home buyers. It now costs $2,000 more to do a loan than before the CFPB implemented all of its regulations.”

“Costs of doing business increased across the board,” added Schwartz.

Yet Logan Mohtashami acknowledged that the CFPB is still a young agency, and over time it could mature in a way that irons out its current problems.

“It has growing pains in terms of not understanding how the marketplace works in the real world,” Mohtashami said. “They might have good intentions, but they are just not realistic to what they want to achieve as an agency. They’re relative new and it shows a lack of experience as a government agency.”