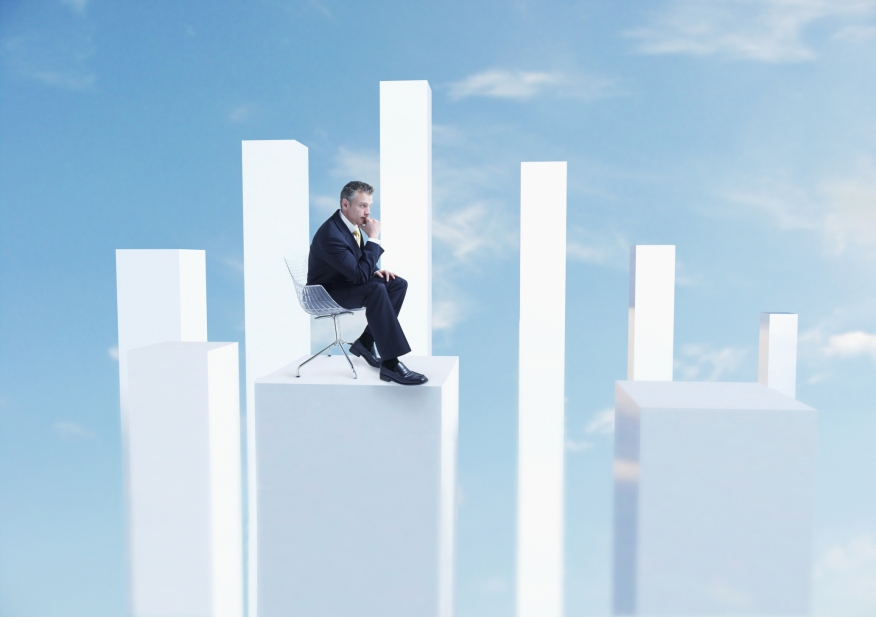 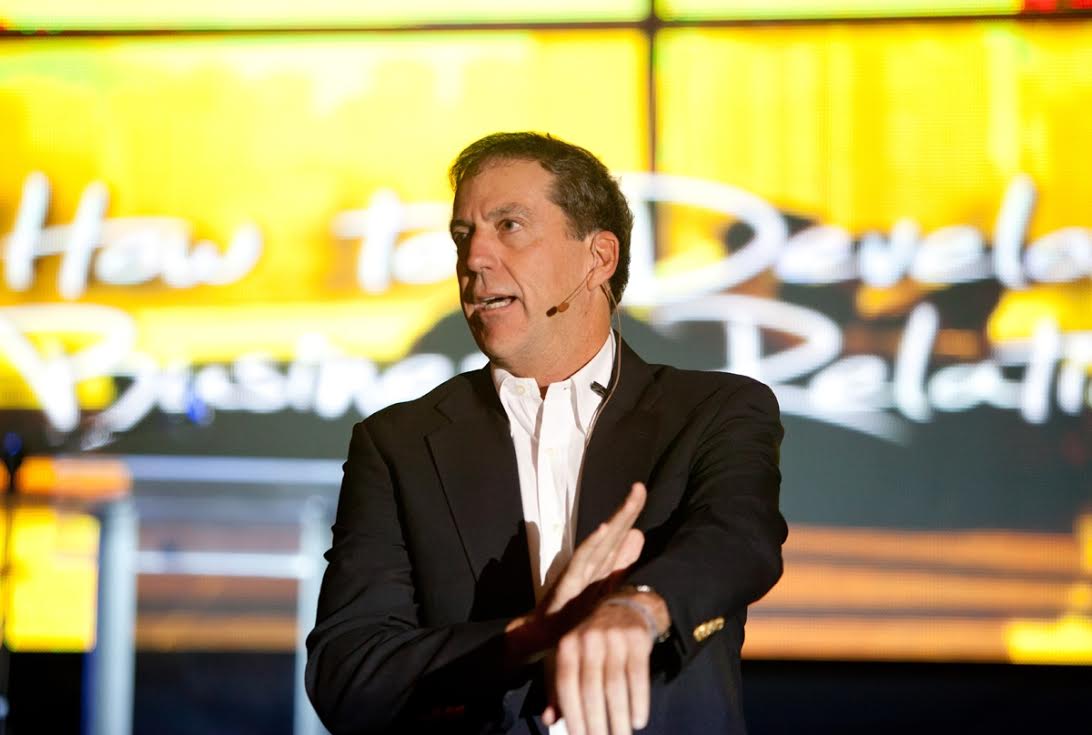 Tim was struggling. After 2008, and the subsequent regulation increases, selling loans became harder and harder. Still, Tim didn’t want to have to start a new career. Real estate agents seemed to spin his wheels. While he was able to meet with CPAs and financial advisors, they seemed more willing to receive referrals than to give them. Tim did five loans in October and only three in November. A classic downward spiral. Not enough business even to keep the doors open. Then he decided to do something about it. He became proactive about sales instead of reactive, hoping business would just call in. He became a sales focused mortgage broker instead of one waiting for the phone to ring.

This month, Tim put 25 loans in the pipeline. He hired another five proactive sales focused loan officers (Los), instead of standard cookie-cutter LOs waiting for the phone to ring. Tim is on track to originate 400 loans this year, while many other brokers are closing their doors. How did Tim do it? How did he turn his company around from a money loser to a cash cow?

When your clients first approached you years ago, they shopped your fees. If you had the lowest rates available, you got the business. Often, prospects would even call, ask your price, and then hang up without even saying thank you. Prospects haven’t changed, but you should.

According to the University of Connecticut, 87 percent of your past customers care more about a relationship with you than about the price they paid. That seems illogical if you only consider why they bought in the first place. Al was like that. He refinanced my house in 1999 and didn’t even so much as dial the phone to say thank you for the business. Although I did get a postcard telling me how much his company has grown. I have refinanced once since then, with another lender. Two years ago, I added 3,500-square feet to my home, did a new first for $1 million with still another lender. I didn’t use Al. Why? Didn’t Al do a good job? Yes. Didn’t he lower my monthly payment? Yes. Why did I use the competition? Al lost the relationship. He didn’t keep in touch. While Al still sends a postcard every six months, isn’t that good enough? Al made me a transaction, instead of a client.

What clients want
According to the National Consumers Union, only 17 percent of products purchased last year for more than $500 were purchased from the vendor they purchased from last year. This means that you have likely lost contact with your clients. Many producers are still waiting for the phone to ring. But when customers were asked if they would purchase again from the last vendor, 89 percent said yes, if their vender had bothered to follow up on the relationship. According to Forrester Research, the three key items your clients want most are:

2. They want you to monitor their purchase or service as if it was your own: You are constantly looking for ways to gain more value. You are privy to the most current products and services on the market. Your clients want the same consideration.

3. They want frequency in a relationship: They want to hear from you at least every three months. I mentioned this to one mortgage broker who told me he sends a newsletter every quarter, didn’t that make a difference? The answer is, would you rather hear from a trusted advisor personally or see her name on a sheet of paper every once in a while?

How to triple your sales this year
Peter, a mortgage broker in Atlanta, has 3,000 clients from business he has refinanced over the past four years. A treasure chest in future business. Lately, he has been striking out calling real estate agents who are also suffering. The problem is they are sometimes rude and often flaky. So Peter started calling his past borrowers. At first it was awkward. He felt guilty calling a borrower who hadn’t heard from him in the past three years. But he sucked up his call reluctance and did the dials. Surprisingly, nearly everyone seemed glad to hear from him. They asked about his family and even expressed gratitude for the great job Peter did on their last loan. Peter is now using a three-step process that is earning him a 21 percent closing rate on all past borrower calls. He is closing 21 applications out of every 100 phone calls to past borrowers. Here is his three-part strategy:

Catch up, update, referrals
1. Catch up: Peter calls the client and catches up on their family. He asks about little Johnny’s soccer schedule and did dad volunteer this year again to be Johnny’s coach. Is mom working or did she realize her dream of being a stay at home mother.

2. Update: Peter then tells the client where rates are right now and how that will affect their home value. This appraisal estimate is the silver bullet for real estate agents helping them motivate sellers to list their home. But even when the client doesn’t want to sell, they still want to hear about their home’s value and what is likely to happen over the next year. Peter did some research on their rate before the phone call. He also knows ahead of time if he can save them money. He asks them if they would like to save another $500 a month on their mortgage. Most say yes. But even when he cannot offer savings, he knows how to follow up with a product they cannot say no to.

The average American household has $23,000 in credit card debt. Peter pitches that for effect. He then asks if the client has more or less than $23,000 to get the conversation started. He then trial closes by asking if they could write off the interest payments on their credit card debt and save 30 percent, would they be interested. At that point, Peter starts the discussion about a home equity line of credit and/or a second mortgage. Twenty-one percent of all past borrowers ask to start an application.

3. Referrals: After the questions about loan programs and consolidating debt, Peter asks for referrals. He knows that every client knows 250 friends, relatives and neighbors they could refer. So he expects to get three referrals on every phone call. In fact, 55 percent of all his clients will refer at least five. All Peter has to do is ask. But he doesn’t make the mistake of advertising for referrals as most LOs do. He doesn’t say, “If you know anybody, please tell them about me.” He says, “Who do you know who could benefit from the kind of relationship we have had so far.”

You don’t have to be a mortgage broker to use this three-step process. There is no industry on Earth that couldn’t increase market share and sales by keeping in better personal contact with customers.

Five-hundred committed relationships
We know that a typical consumer makes a car purchase every five years, leases a car every 3.2 years, refinances their mortgage every 3.3 years, makes a major financial investment every nine months and purchases an insurance product every 10 to 18 months.

Mortgage broker David’s formula for success is 5-2-25 … five contacts a day, one application per day, and 20 closed sales each month. The math is simple. The results are spectacular. David cannot hire enough new sales producers to take up the overflow. The ones who will make the outgoing phone calls are hard to find. But the ones who do are now making $60,000 a month. Even in a bad economy.

Getting to the next level
Making your business profitable is all about relationships, rapport and trust. That is easy to agree with. But would you like to get an even better return on your time than Tim and Peter. Then see your customers face to face. David did that. At first, he started the three-month call script. He was also shy about forcing himself on those who didn’t have a need. But through coaching, we encouraged David to try to book appointments to get to know his customers better. Then magic happened. Even those who didn’t have a need for a new product on the phone decided to buy when David met face to face with them. While David was able to close 21 percent of his past customers on the phone, he closed 36 percent of those he saw face to face. His closing rate on referrals was even higher.

Your business has changed … no longer will you be able to stare at the telephone hoping it will ring. There are strategies you can use to even double the business you were able to snare over the last three years. Your business now is all about relationship, rapport and trust. The better you can manage them, the more business you will gain.

Dr. Kerry Johnson is a frequent speaker at mortgage industry conferences on topics like “How to Read Your Clients Mind” and “How to Increase Your Sales by 80 Percent in Eight Weeks”. He is the author of six books, including Mastering the Game: The Human Edge in Sales and Marketing, WILLPOWER: The Secrets of Self-Discipline and his newest book, Why Smart People Make Dumb Mistakes With Their Money. For more information, visit www.kerryjohnson.com/coaching, call (714) 368-3650 or e-mail [email protected].