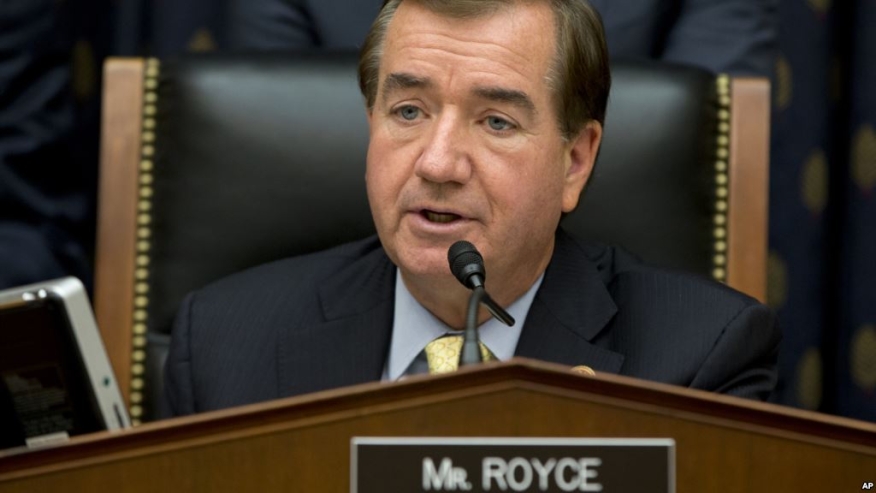 "I wanted to get your take on ... an increase in private sector credit risk sharing by the GSEs ... the creation of a truly Common Securitization Platform which allows for issuance of mortgage-backed securities other than the GSEs, and the development of a common residential mortgage-backed security by Fannie Mae and Freddie Mac. I thought I would just give you the floor to discuss how this might bring private sector capital back into the market and how we might work together to achieve these goals as kind of a building block," said Rep. Royce to Secretary Castro.

Secretary Castro replied, "Housing finance reform has been a long and winding road I think it's fair to say but the Administration is supportive of housing finance reform. In fact I think there's agreement on some of these issues. The President has made very clear that he does have an interest, as I think all Americans do, in taking taxpayers off the hook in the event that God forbid we did experience the same kind of housing crisis we did go through. Agreed that we can find  ways to introduce more private capital into the market. With respect to proposed legislation, I think there's some common principles that are the foundation to build on and we look forward to working with you."

Financial Services Committee Chairman Jeb Hensarling (R-TX) opened the hearing, stating, "For whatever good HUD does it clearly has not won the War on Poverty. Only economic growth and equal opportunity can do that. In other words, the greatest housing program in America remains a good career path in a growing economy, not a HUD program."

"We do have a situation where the FHA market share for large banks has recently been cut in half from 61 percent to 33 percent and I know that is a concern. Non-banks have increased now, they were 24% and now [several years later] they are 51%. Is this troubling, and do you think legal uncertainty maybe is part of the problem in terms of getting the traditional lenders more involved here and what about the need for a greater certainty around the rep and warranty framework here and looking at that as a way of bringing capital back in?" said Rep. Royce.

"Yes, we are looking at that," replied Castro. "We believe it makes sense to take reasonable steps to create more business certainty for lenders. I know this is something that Director Mel Watt at FHFA has worked on, is working on now, it's something that we're working on that's called Blueprint for Access to Credit [for American Families]. We hear from lenders about the uncertainty that does exist regarding potential liability. We look forward to being able to create greater certainty that will help open up the credit box reasonably for responsible Americans to get access to credit."