A Seismic Shift in the Mortgage Marketplace? 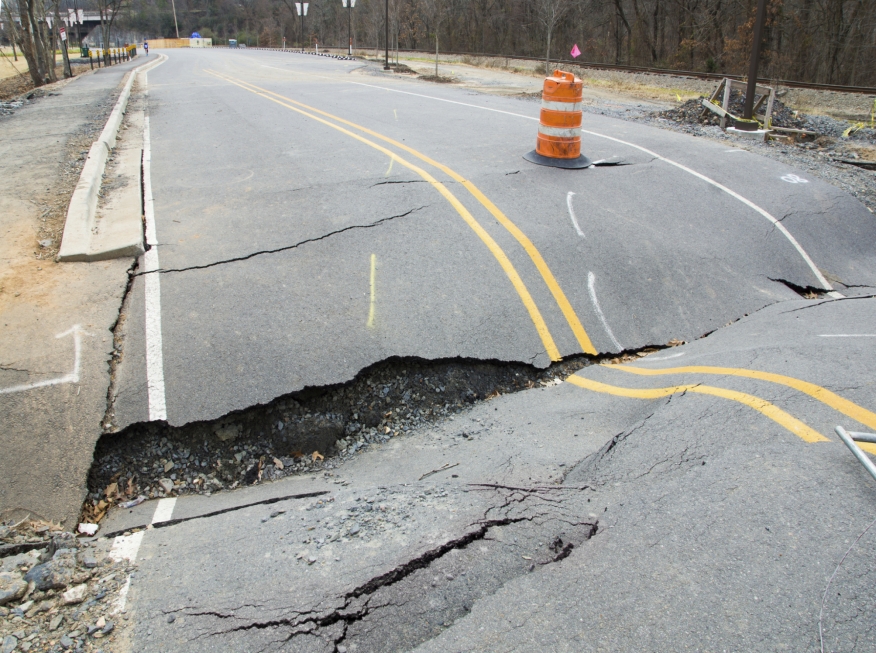 Over the past three years, there has been a largely unnoticed shift in the firms that are originating mortgage loans. Unnoticed by most, but not by AEI’s International Center for Housing Risk (ICHR), whose data we reviewed in preparation for this article and analysis.

The shift has been for large commercial banks to pull back from mortgage lending and for large non-banks to replace them. If this trend continues unabated, it will be the third change in who originates mortgages in the past 30 years. Before reviewing the data, let’s look back in history to examine other changes in who does the nation’s mortgage lending.

When I entered the business in the mid-1970s, the majority of loans were originated by S&Ls and savings banks. Both were predominately mutual, meaning they were owned by their depositors. Together, they accounted for about 50 to 55 percent of annual originations. In addition to writing residential mortgages, they often purchased loan packages from lenders in capital short markets, typically growth areas like the South and West. The buyers were generally located in areas with adequate to excess deposits, but relatively light loan demand, regions like the Northeast and Midwest.

The era of the thrifts came to an abrupt halt in the late 1980s to early 1990s, following a decade-long decline. They collapsed mainly due to the inflation of the 1970s that turned their loan portfolios upside down. The thrifts funded their assets with short-term liabilities, demand deposits to CDs. Over a period of years, they became insolvent, as their cost of money exceeded the return on their assets. Borrowing short and lending long killed the thrift industry.

The thrifts were replaced by mortgage brokers. They emerged gradually in the late 1980s and early 1990s. Brokers were the low-cost alternative and this fact, more than any other, accounts for their growth and success. When I first picked up on them, they accounted for a 10 to 15 percent share of total originations. That was in the late 1980s. Their market share grew rapidly, thanks in part to several very large refi waves in the 1990s, initially in 1992-1993 and again in 1998.

The vulnerability of brokers was always finding investors for their loans, but in the 1990s through the mid-aught years, that wasn’t difficult because many banks and mortgage companies organized wholesale production operations to acquire loans from brokers. These lenders, called wholesalers, used these purchased originations to supplement their own retail originations and avail themselves of certain available economies of scale, such as lower G-fees from Fannie Mae and Freddie Mac. The basic equation was more production lowered unit costs, thereby enhancing profits.

At the peak, from 1998 to 2006, mortgage brokers accounted for 50 to 65 percent of aggregate originations. As the market began to weaken in 2007-2008, brokers were jettisoned by the wholesalers, accused of causing the mortgage market meltdown. And indeed, because of the size of their share and of their propensity to originate weak and risky loans for non-prime wholesalers, they were deemed the culprits of the housing crisis. One wholesaler after another exited the space and broker share tumbled to a fraction of its former share. Inside Mortgage Finance, another keeper of lending statistics, estimates their current share at around 10 to 13 percent of the market.

This shift to non-banks is most notable in the Ginnie Mae sector. From late 2012 to early 2015, the non-bank share of originations rose from about 21 percent to 59 percent, a gain of 38 percentage points. However, large banks gave up 38 points of share, falling from approximately 72 percent to 33 percent over roughly the same two-year period.

Today, according to the ICHR, 10 of 2012’s top 25 FHA originators are no longer in the top group, including five large banks. All 10 replacements are non-banks. As a result of this exodus, FHA origination share for large banks has fallen from 65 percent in late 2012 to 30 percent at year-end of 2014, a drop of 54 percent. At the same time, the share of non-banks more than doubled, from 27 percent to 62 percent. So, banks gave up 35 points of share and non-banks gained 36 points. Over the same two-year period, other banks, credit unions and state housing finance authorities saw little change in their share.

Although the share give-up is most dramatic in the riskier products like FHA loans, the larger banks have also lost share in the GSE sector. Here they have lost 19 points, declining from a 52 percent to 33 percent share, while non-banks have gained 21 points, rising from 25 percent to 46 percent.

One very large difference between the large banks and the non-banks is the riskiness of the loans they are originating and purchasing. For this analysis, we again look to the ICHR’s data. The Center publishes a housing risk index for different lenders groups (the index examines loan characteristics to determine its riskiness). For FHA loans, the large banks’ National Mortgage Risk Index (NMRI) is 21.5 percent versus 26 percent for non-banks as of year-end 2014.

The obvious question is: Why the dramatic shift in share? What is turning off the large banks to mortgage lending? We think there are several obvious reasons for the development in the wake of the financial crisis. First, the liability now associated with mortgages. Both the size and number of fines and penalties and the repurchase demands that have hit financial institutions have been unprecedented. These expenses, which have concentrated on the large banks, seemingly have turned banks off to mortgages. In addition, the regulatory burden that has befallen lenders has made mortgages less appealing and more expensive than in the past. Finally, Basel III’s new capital rules have made mortgage banking and servicing more restrictive and costly.

How this all shakes out over the next several years remains open to question, but the replacement of banks in mortgage banking has major implications, especially for the large banks.

Tom LaMalfa is a 34-year veteran mortgage-market analyst and researcher. He has done pioneering work in the areas of secondary markets, wholesale mortgage banking, mortgage brokerages, financial benchmarking and GSE reform. Tom continues since 1977 to co-author an old-fashioned mail newsletter, The Holm Mortgage Finance Report. In the aftermath of the financial crisis, his focus is on Washington, D.C. and the regulatory burden it is imposing on consumers and lenders. His 20-plus-year-old research firm, TSl Consulting, does survey research. He may be reached by e-mail at [email protected].