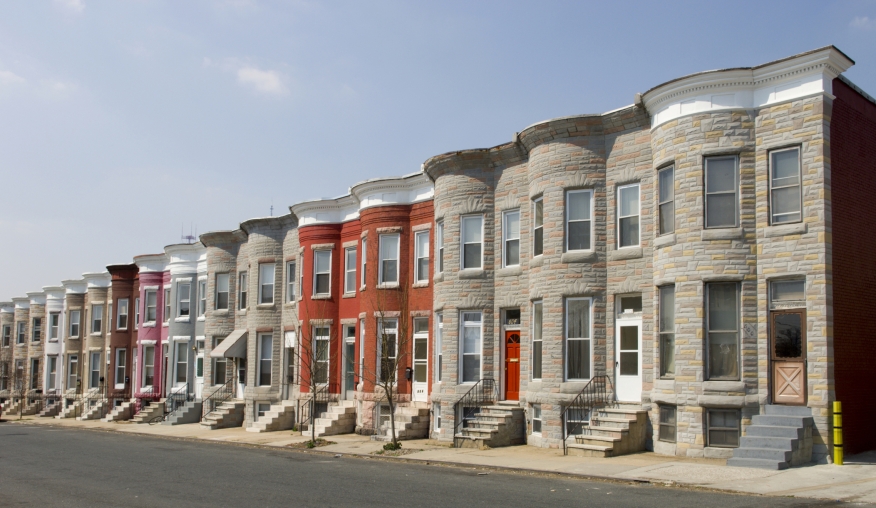 Alberic Okou Agodio of Bethesda, Md. pleaded guilty to conspiracy, wire fraud and aggravated identity theft, arising from a mortgage fraud scheme in which he used the names of immigrants and students, along with false financial information, to obtain approximately $3.8 million in home mortgage loans to buy approximately three dozen row houses in Baltimore, all of which are in default or foreclosure.

“When we are made aware of individuals whose criminal conduct causes financial harm to the public and unnecessary risks to the FHA Insurance Fund we commit whatever resources are necessary to bring these individuals to justice and have them debarred from participation in government programs,” Rubenstein. “Mortgage fraud investigations can be very labor intensive and we would like to thank our law enforcement partners for their collaborative efforts.”

According to his plea agreement, Agodio agreed to purchase row houses in Baltimore City from co-conspirator Kevin Campbell, who had acquired the houses as part of his real estate business. Agodio purchased the houses at prices far in excess of their actual market value. In return, Campbell kicked back a substantial portion of the purchase price to Agodio, which Agodio used to pay for the down payments and closing costs for most of the properties; to pay a commission to the individuals whom he persuaded to allow him to use their names to purchase the properties (“the straw purchasers”); to pay referral fees to individuals who referred other straw purchasers to him; and to compensate himself for his participation in the scheme. In all, from June 2009 to November 2010, Agodio purchased 35 row houses from Campbell. The financing received on these transactions totaled approximately $3.8 million and Agodio received commission payments from Campbell in excess of $1.2 million.

To perpetrate the scheme, Agodio persuaded approximately three dozen immigrants and students to purchase the row houses under their names. Although none of these “straw purchasers” had any experience in real estate transactions, nor the funds needed to buy the properties, Agodio told each straw purchaser that he would prepare the loan application; manage the property after its purchase by finding renters, collecting the rent and paying the mortgage; and would pay the straw purchaser $7,000 to $8,000 after the transaction closed. He further promised to sell the property in three years and give the individual up to 80% of the sale proceeds. Agodio also paid thousands of dollars in additional commissions to those straw purchasers who referred other individuals to him as potential buyers for similar transactions.

Agodio admitted that he falsely represented in the loan applications the straw purchasers’ assets and earnings, and that the property would be the primary residence of the purchaser. Agodio also provided fraudulent earnings and bank statements for the purchasers, to document the false information provided in the loan application. Agodio provided the necessary funds for the down payment and the buyer’s share of the closing costs, causing the settlement statement form to inaccurately reflect that the down payments and closing costs had been paid by the straw purchasers.

Following the closings, Agodio retained the keys to each property and assumed the responsibility for finding renters and making the required monthly mortgage payments. The named purchasers never lived in the properties. Agodio eventually allowed all of the mortgages to go into default.

Agodio faces a maximum sentence of 30 years in prison for conspiracy and for wire fraud; and a mandatory two years in prison, consecutive to any other sentence, for aggravated identity theft.