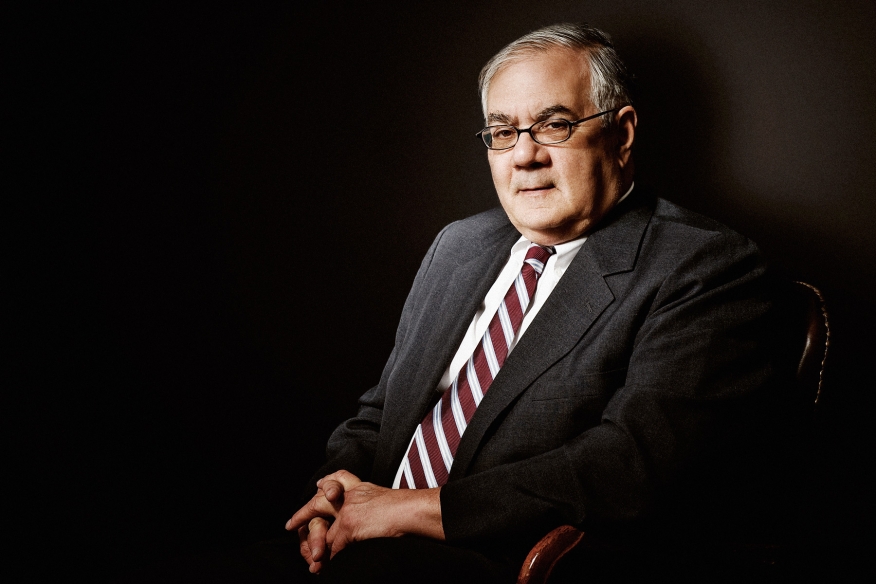 One of the authors of the Dodd-Frank Act has come out of political retirement to demean the Bernie Sanders’ presidential campaign and to defend Hillary Clinton’s relationship with Wall Street and her refusal to bring back the Glass-Steagall Act.

Barney Frank used an op-ed column on Politico to take a slam against Sanders, the Vermont senator who has been gaining traction recently in the race for the Democratic presidential nomination.

“There is not only no chance—perhaps regrettably—for Sanders to win a national election,” Frank wrote. “A long primary campaign will only erode the benefit Democrats are now poised to reap from the Republicans’ free-for-all.”

Frank also suggested that Republicans were rooting for Sanders, if only because “they believe boosting Sanders’ candidacy is their only way to prevent Clinton emerging as the nominee with broad support early in the process, strengthening her position in November.”

Frank also sought to dilute concerns that Clinton was too cozy with the Wall Street elite.

“Without any substance, some argue that she has been insufficiently committed to economic and social reform—for example, that she is too close to Wall Street, and consequently soft on financial regulation, and unwilling to support higher taxation on the super-rich,” he continued. “This is wholly without basis. Well before the Sanders candidacy began to draw attention, she spoke out promptly in criticism of the appropriations rider that responded to the big banks’ wish list on derivative trading. She has spoken thoughtfully about further steps against abuses and in favor of taxing hedge funds at a fairer, i.e., higher, rate.”

Frank went even further in an interview with The Hill, praising Clinton for rejecting the effort by Sen. Elizabeth Warren (D-MA) to revive the 1933 legislation that her husband abolished in 1999.

“I do think further steps are wise, as Hillary Clinton has talked about, for de-complicating some of these large financial institutions,” he said. “But going to [Glass-Steagall] and doing that in a uniform way that applies to every financial institution is not the best way to do it.”

Frank, however, admitted that Bill Clinton’s presidency deserved some blame for creating the environment that ultimately crashed the economy.

"I think there was a general national failure to understand the importance of new regulation,” he said. “I think some of the people—his appointees—were wrong.”