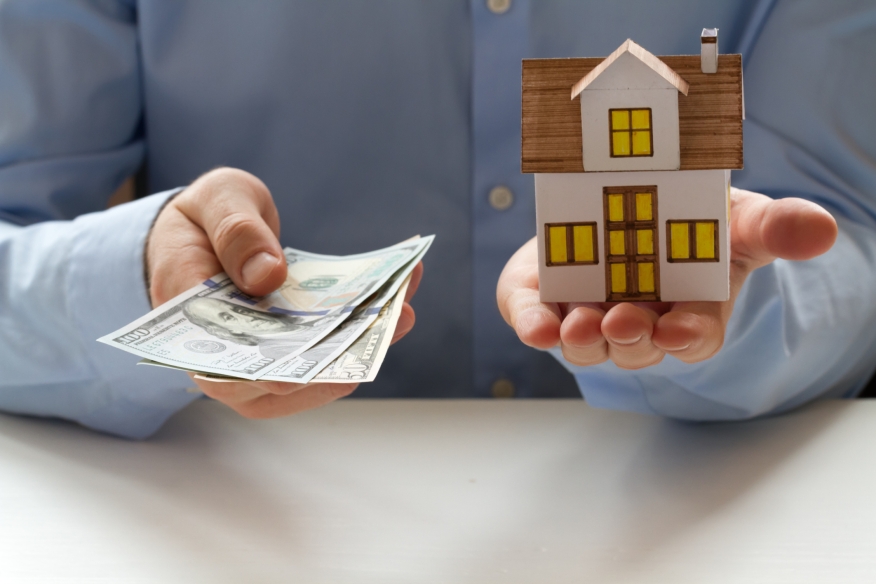 The National Association of Realtors (NAR) reported the median existing single-family home price increased year-over-year in 163 out of 176 metropolitan statistical areas (MSAs) tracked by the group during the second quarter. This constitutes 93 percent of major MSAs; in the other 13 areas (seven percent), median prices were down from a year earlier. A similar situation played out on a quarter-by-quarter measurement, where price gains were recorded in 85 percent of metro areas—including 34 metro areas recording double-digit increases. While the number of double-digit declines is down from the first quarter, when 51 metro areas saw this level of pricing activity, it is up from the 19 metro areas experiencing double-digit increases in the second quarter of 2014.

“With home prices and rents continuing to rise and wages showing only modest growth, declining affordability remains a hurdle for renters considering homeownership—especially in higher-priced markets,” Yun said. “The ongoing rise in home values in recent years has greatly benefited homeowners by increasing their household wealth. In the meantime, inequality is growing in America because the downward trend in the homeownership rate means these equity gains are going to fewer households.”

As of June, CoreLogic identified the national foreclosure inventory to include approximately 472,000, or 1.2 percent, of all homes with a mortgage, down from 664,000 homes, or 1.7 percent in June 2014. June’s foreclosure rate is the lowest since December 2007. Furthermore, the number of mortgages in serious delinquency—defined as 90 days or more past due, including those loans in foreclosure or REO—declined year-over-year by 23.3 percent, with 1.3 million mortgages, or 3.5 percent, falling into this category. This is the lowest serious delinquency rate since January 2008. On a month-over-month basis, the number of seriously delinquent mortgages declined by 3.4 percent. 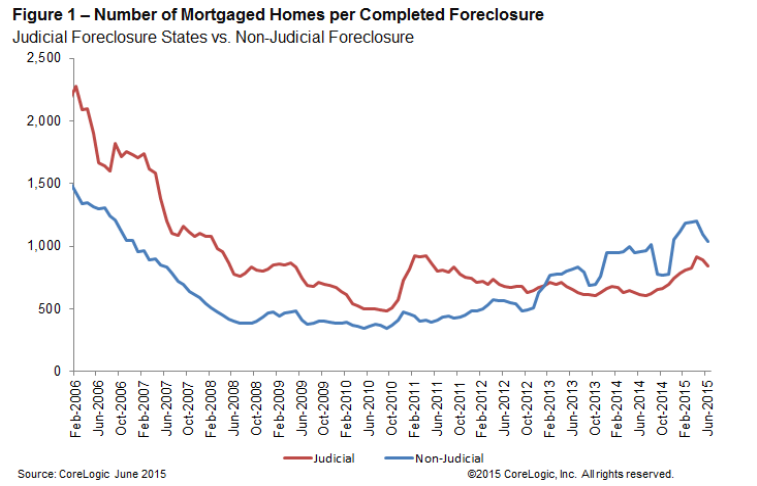 “Serious delinquency is at the lowest level in seven and a half years reflecting the benefits of slow but steady improvements in the economy and rising home prices,” said Anand Nallathambi, president and CEO of CoreLogic. “We are also seeing the positive impact of more stringent underwriting criteria for loans originated since 2009 which has helped to lower the national seriously delinquent rate.” 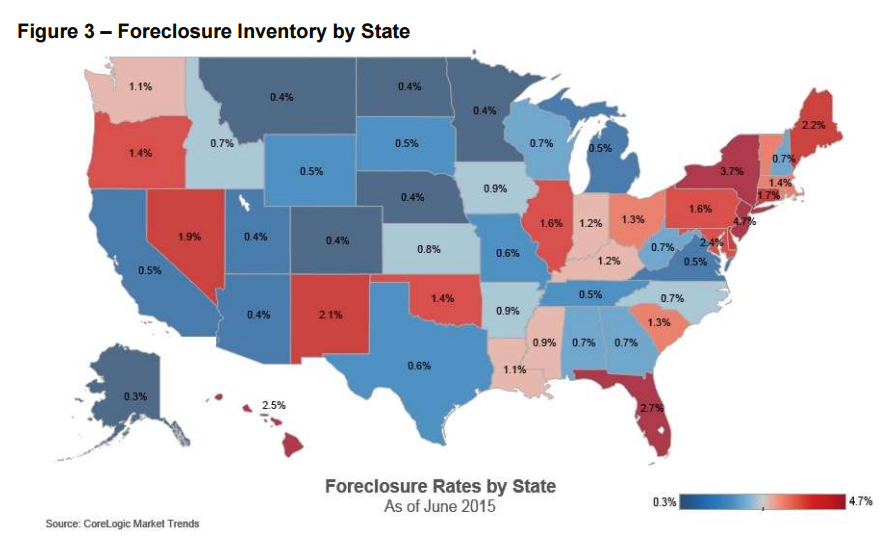