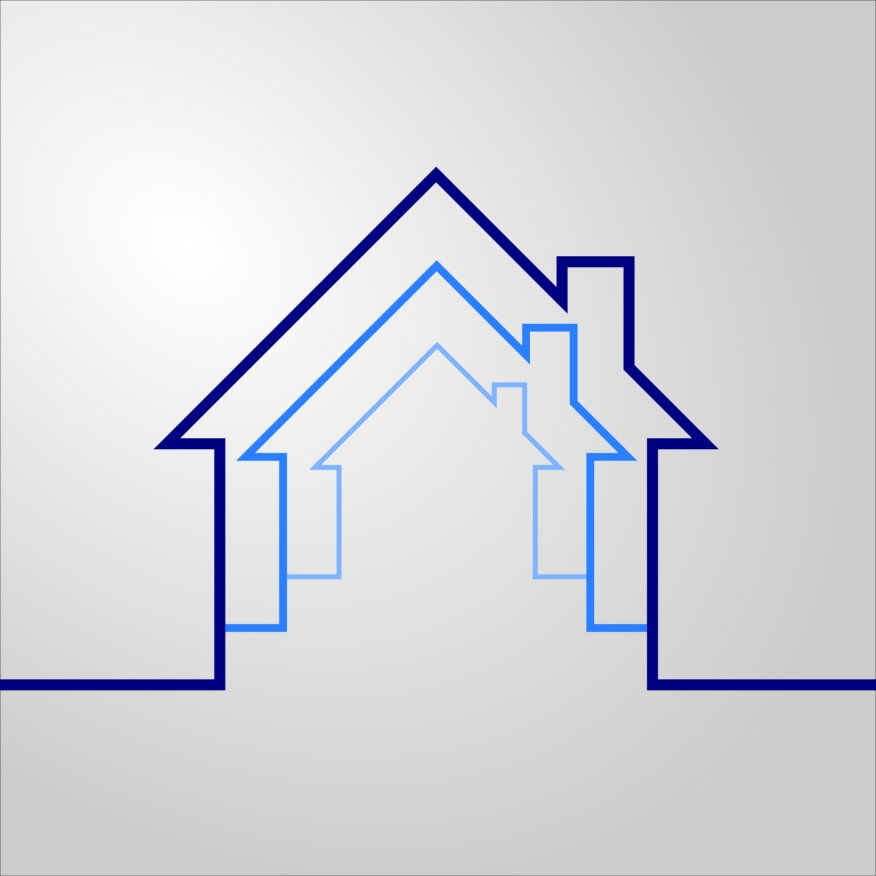 The latest housing data finds a continued pattern of very mixed messages, with pending sales flattening out and rates dropping while sales of properties in-foreclosure declined to record lows.

The National Association of Realtors (NAR) Pending Home Sales Index (PHSI) increased a miniscule 0.5 percent to 110.9 in July from an upwardly revised 110.4 in June. Despite the scant month-over-month increase, this index up 7.4 percent from July 2014 and has increased year-over-year for 11 consecutive months; July was also the third highest reading for the index this year, behind April (111.6) and May (112.3). 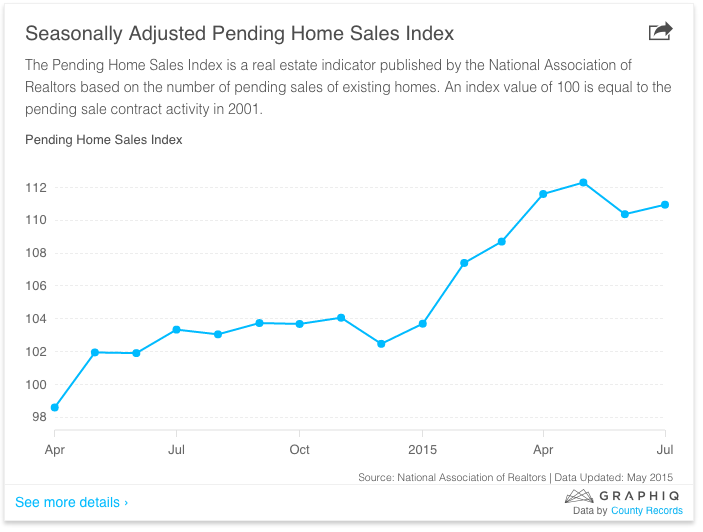 “Led by a solid gain in the Northeast, contract activity in most of the country held steady last month, which bodes well for existing-sales to maintain their recent elevated pace to close out the summer,” said Lawrence Yun, NAR’s chief economist, who noted that continued problems in housing affordability have yet to be ironed out. “While demand and sales continue to be stronger than earlier this year, Realtors have reported since the spring that available listings in affordable price ranges remain elusive for some buyers trying to reach the market and are likely holding back sales from being more robust. ”

Yun added that the national median existing-home price is forecast to rise 6.3 percent in 2015 to $221,400, while total existing-home sales this year should increase 7.1 percent to around 5.29 million.

“Events in China generated eye-catching volatility in equity markets worldwide over the past week,” Becketti said. “Interest rates also rocked up and down—although to a lesser extent than equities—as investors alternated between flights to quality and bargain hunting among beaten-down stocks. Amidst all this confusion, the 30-year mortgage rate dropped to 3.84 percent, the lowest mark since May and the fifth consecutive week with a rate below 4 percent. Given the recent volatility, mortgage rates could change up or down significantly by the time this report is released.” 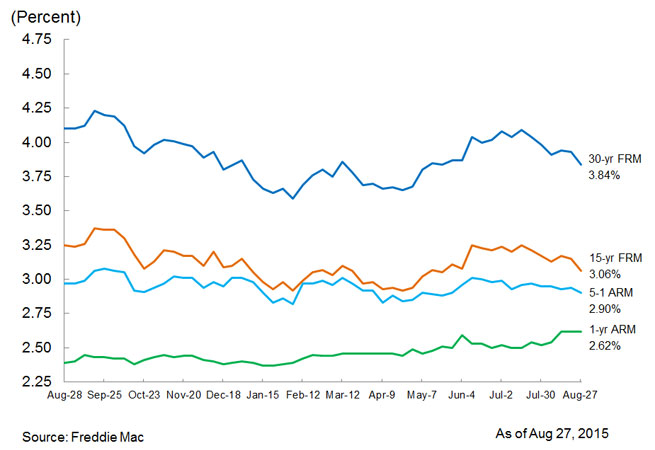 Becketti also added to the speculation of a September rate increase by the Federal Reserve.

“There are indications though that the unsettled state of global markets will make the Fed think twice before taking any action on short-term interest rates in September,” Becketti continued. “If that's the case, the 30-year mortgage rate may remain subdued in the short-to-medium term, providing support for continued strength in the housing sector. Just this week, new home sales were reported to be up 26 percent year over year.”

If there is solid news to be found today, it would the data that fewer properties in-foreclosure are being sold. RealtyTrac’s July 2015 U.S. Home Sales Report found sale of properties sold while in the foreclosure process (not including bank-owned properties) accounted for 6.4 percent of all single family and condo sales in July, down from 6.6 percent of all sales in June and down from eight percent in July 2014. This marks the lowest monthly share since January 2000 (the earliest data for these sales).

Furthermore, RealtyTrac determined that more than 1.3 million single-family homes and condos sold in the first six months of this year, the highest number of sales in the first half of any year since 2007. The U.S. median home sales price in July was $189,500, up two percent from the previous month and up two percent from a year ago; this marks the highest level recorded since September 2008. 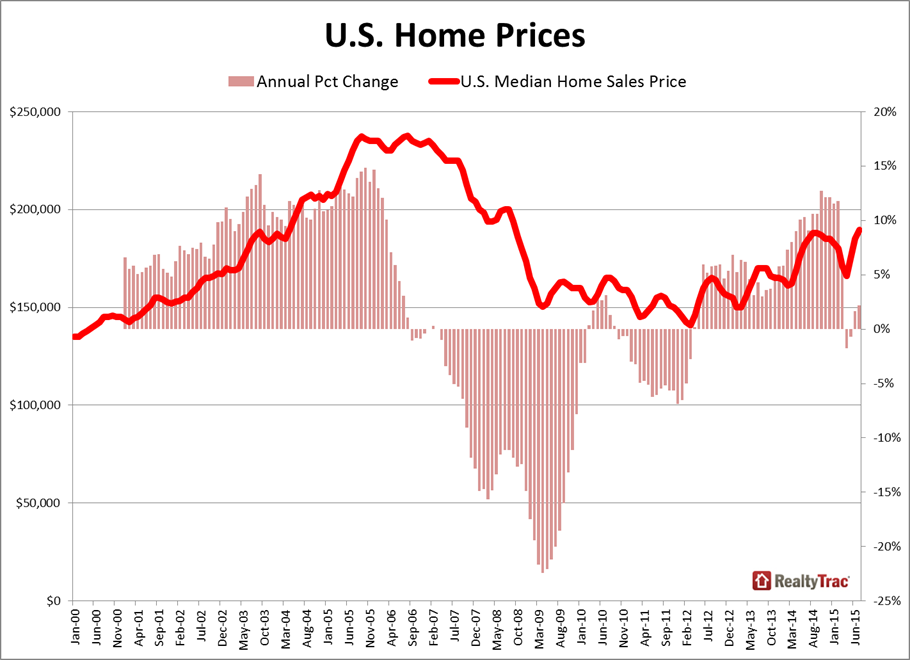 “While the stock market may be on a roller coaster as of late, the housing market is still on solid ground, with the eight-year low in cash sales combined with the eight-year high in overall sales volume in the first half of the year evidence that housing is successfully transitioning from an investor-driven recovery to one that is drawing in traditional buyers as a good foundation for sustainable growth going forward,” said Daren Blomquist, vice president at RealtyTrac. “That’s not to say there are no cracks in the foundation of this recovery, the top three of which are housing affordability—or lack thereof in some high-flying markets—along with overdependence on capricious cash buyers—both foreign and domestic—in some markets, and the persistent overhang of underwater homeowners who continue to represent heightened default risk given any future economic shockwaves.”