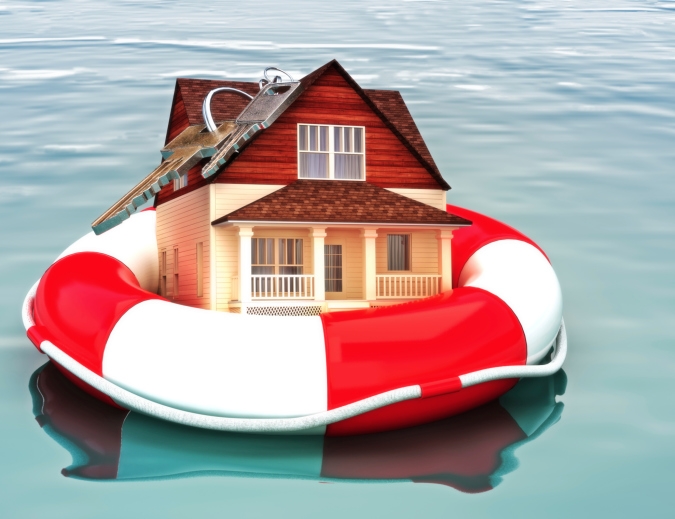 There is good news for homeowners burdened beneath the weight of negative equity and not-so-good news for lenders trying to stay compliant with federal compliance requirements.

On the homeowner front, Zillow reports that the U.S. negative equity rate dropped below 15 percent in the second quarter. Zillow credited this decline on the least valuable one-third percentage of homes, which benefited from the rising level of home values.

“If the overall negative equity rate is going to continue to fall, it will need to keep being driven down by improving health at the bottom end of the market,” said Zillow Chief Economist Svenja Gudell. "The least valuable homes really bore the brunt of negative equity during the recession, and that's where most negative equity remains concentrated today.”

But this is not to say that the negative equity crisis is ready for the history books: more than 15 million homeowners still carried this problem. Condo owners had it even worse: Nearly 20 percent of these property owners were still stuck with underwater mortgages. In fact, single-family homeowners were more likely to be underwater than condo owners in only three major markets—Detroit, Memphis and Pittsburgh.

Gudell added that an influx of new homebuyers could further push down the negative equity levels.

“As more first-time buyers enter the market seeking these less expensive homes, home value growth at the bottom end could continue to outpace growth overall, which will be good news for millions of underwater homeowners in these homes,” she said.

On the lender side, Burlingame, Calif.-based ComplianceEase analyzed a cross-section of 700,000 audits on closed loans with compliance defects in the first quarter and found that 17 percent of the loans failed for Truth in Lending Act (TILA) reasons while another six percent of failed for being outside of the Real Estate Settlement Procedures Act (RESPA).

The analysis was based on a cross-section of 700,000 audits that were performed in ComplianceAnalyzer and RESPA Auditor during the first quarter of 2015. It found that 17 percent of the loans failed for Truth in Lending Act (TILA) reasons. Another six percent of the loans—or one in 15—failed for being outside of the Real Estate Settlement Procedures Act (RESPA) tolerances. If that’s not bad enough, 4.5 percent of Qualified Mortgage (QM) loans failed Safe Harbor tests and 11 percent of loans were incorrectly categorized as to their QM status.

ComplianceEase estimated that the average reimbursement was $328 for the RESPA-failed loans and $740 for all loans that had an uncured RESPA violation. These reimbursements will rise in the third quarter when the new TILA-RESPA Integrated Disclosure (TRID) rule takes effect.

“Based on our analysis, closing defects are already an expensive problem for lenders under the current rules, and are about to get riskier and more expensive under TRID,” said John Vong, president of ComplianceEase. “Lenders and settlement service providers will need to work together so they can produce higher quality loans and not add to the already high costs of origination.”