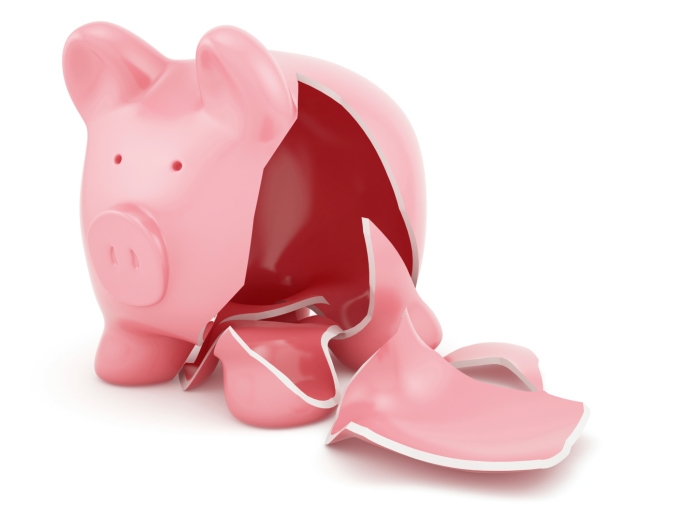 If today’s piggybanks look a bit emaciated, that’s because they are barely being fed.

But 28 percent of those polled said they had no money in their savings account, while 21 percent stated they didn’t have a saving account. Baby Boomers and seniors reported having the most money saved of any age group, with 20 percent of those past retirement age reporting savings of $10,000 or more. But only 7.5 percent of younger Millennials have been able to save that amount.

“It’s worrisome that such a large percentage of Americans have so little set aside in a savings account,” said Cameron Huddleston, a personal finance expert and columnist for GOBankingRates. “It suggests that they likely don’t have cash reserves to cover an emergency and will have to rely on credit, friends, and family, or even their retirement accounts to cover unexpected expenses.”