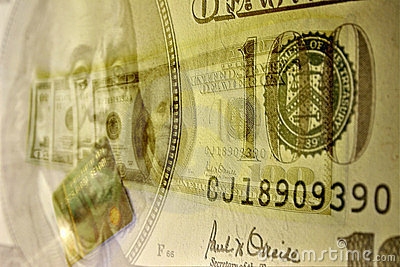 In a statement issued by the CFPB, the agency claimed that this rule will “will improve the quality and type of HMDA data.” Under the rule, lenders are now required to report information that includes property value, term of the loan, and the duration of any teaser or introductory interest rates. Lenders are also required to provide more information about mortgage loan underwriting and pricing, including interest rate, the applicant’s debt-to-income ratio and whatever discount points are charged.

In an acknowledgment to the increased workload created by this new rule, the CFPB added that it was “also working to reduce the reporting burden for lenders, by streamlining and modernizing the submission of the data.”

“With today’s final rule we are shedding more light to foster better understanding of the market, and also ensuring that lenders have sufficient time to come into compliance,” said CFPB Director Richard Cordray.

““This expansion of Home Mortgage Disclosure Act data is a very positive thing for consumers everywhere,” said Taylor. “Had we had this expanded data before, it would have provided an early warning system that would have helped to prevent the housing crisis … We are particularly pleased that the CFPB has followed NCRC’s recommendation to disaggregate the data on race and ethnicity. The CFPB has also shown careful consideration of potential privacy issues in this process, which should assuage any concerns surrounding the collection of the data.”

David H. Stevens, president and CEO of the Mortgage Bankers Association, also praised the CFPB for its work.

“We commend the CFPB for releasing what is the final mortgage-related rule from Dodd-Frank, and appreciate that financial institutions will have until January 1, 2018 to adapt their reporting systems to capture the new information that the CFPB will be collecting," he said. "While there will be new reporting  requirements for some market segments, we appreciate that the Bureau is making MISMO technology standards a core part of the new reporting. MBA wants to reiterate its concerns about data security and consumer privacy in light of all the additional detailed information on consumers that the government will be collecting and disclosing under the new HMDA guidelines. In the months to come, we look forward to working closely with the Bureau to ensure that consumers’ data is protected."

But Frank Keating, president and CEO of the American Bankers Association (ABA), was a bit more cautious in his welcoming of the finalized rule.

“We appreciate the time and attention the Bureau has applied in considering industry comments to prepare the final HMDA rule,” he said. “We are pleased that the Bureau has extended the compliance date and excluded the collection of data on most commercial transactions, as ABA advocated. However, we continue to be concerned about the privacy of bank customers’ data and ensuring that their information is properly protected. We look forward to commenting on these important issues. The rule also imposes significantly expanded data reporting and collection requirements, so we remain concerned about the appropriate balancing of costs and benefits in order to maintain consumer access to the full variety of mortgage products.”

And Alicia Nealon, director of regulatory affairs at the National Association of Federal Credit Unions (NAFCU), was apprehensive on the rule’s impact on smaller institutions, noting that both depository and non-depository institutions that originated 25 closed-end mortgage loans or at least 100 open-end lines of credit in each of the two preceding calendar years will be required to report HMDA data.

“While NAFCU and our members support HMDA requirements that further the goal of ensuring fair lending and anti-discriminatory practices, we are concerned that some of the additional reporting requirements will not achieve these goals and may only serve to impose significant additional compliance and reporting burdens on responsible lenders like credit unions who work to meet their members’ needs with safe, sound and fair products,” said Nealon. “As the CFPB and Congress have repeatedly recognized, credit unions did not engage in the type of mortgage-related practices that the Bureau is seeking to identify through an expanded HMDA dataset.  Moreover, mandating home equity lines of credit reporting will exacerbate compliance costs and burdens on credit unions since they will have to make costly modifications to their systems in order to collect data on these newly covered transactions.”