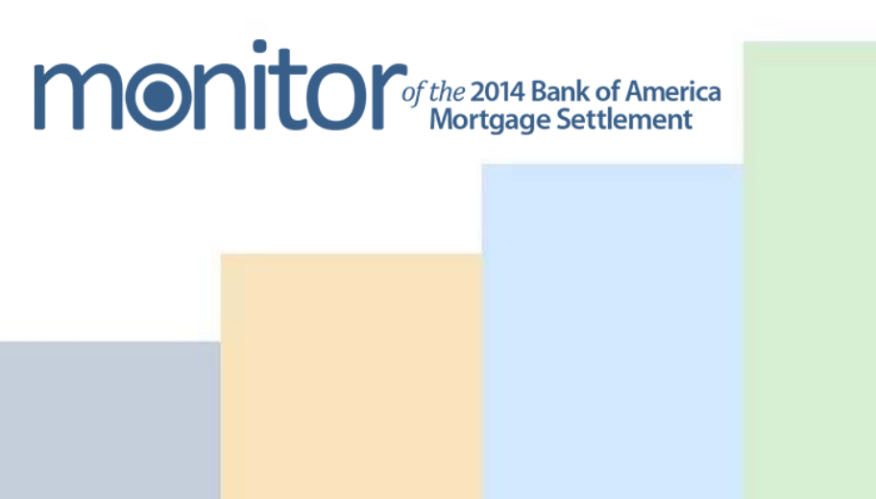 Just over a year into the four-year term of its historic mortgage settlement with the U.S. Department of Justice and six states, Bank of America has fulfilled nearly half of its $7 billion consumer relief obligations, as reported by Eric D. Green, independent Monitor of the agreement. Professor Green conditionally approved $2,148,067,798 worth of credit for consumer relief in the second quarter of 2015. Together with credit validated earlier, the amount of credit conditionally approved totals $3,338,407,184, or 48 percent of the required $7 billion, Professor Green said in the third of his reports on the bank's progress.

"With what is in the pipeline for the next quarter, I expect to be able to report that Bank of America should be nearing the homestretch, well ahead of the four-year deadline for completion," Professor Green said.

More than $1.7 billion of the credit approved in the second quarter was for modifications of 9,671 loans. Another $186 million was for extending 16,231 new home loans to low- and moderate-income borrowers, borrowers in Hardest Hit Areas (a U.S. Housing and Urban Development Department designation) and borrowers who lost their homes to foreclosure or short sales.

More than $116 million of the approved credit was for 123 donations to funds for community development and legal assistance and to HUD-approved housing counseling agencies. More than $133 million was for 14 subordinated loans to facilitate construction of affordable low-income rental housing.

Under the Aug. 20, 2014, settlement agreement, the bank earns extra credit for providing certain kinds of relief and for meeting certain deadlines. The system was devised to give the bank incentives to deliver relief quickly and where it was most needed.

Professor Green said the relief appears to be reaching its targets and making a difference:

►Principal forgiveness granted under the first-lien loan modifications, the largest category of intended consumer relief, has reduced the average loan-to-value ratio to 76 percent from 180 percent, more than halved the average interest rate to 2.14 percent from 5.47 percent, and cut the average monthly payment by 38 percent.

►Of the 2,300 affordable rental housing units supported by the subordinated loans, 71 percent are for HUD-designated Critical Needs Family Housing.

►More than 56 percent of the loan modifications to date are in Hardest Hit Areas.

"The point of the consumer relief obligations under the settlement agreement is to make it easier for homeowners to build equity and stay in their homes and to make it less of a struggle for low-income families to find affordable housing," Professor Green said. "On both those counts, the relief is having an impact."