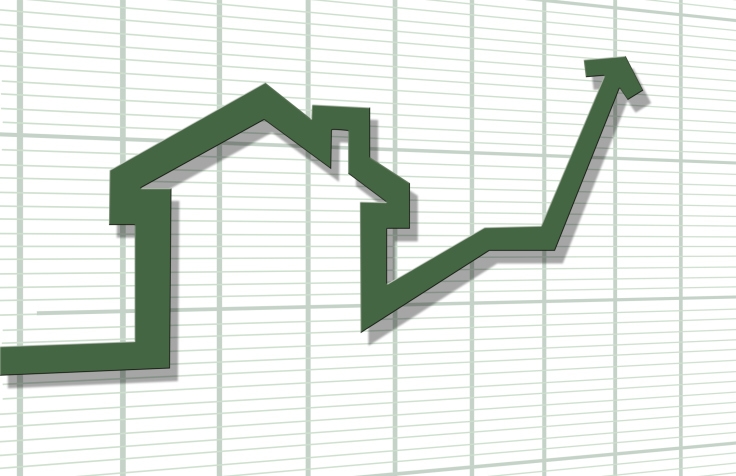 The median existing single-family home price increased on a year-over-year basis in 154 out of 178 metropolitan statistical areas in the third quarter, according to new data from the National Association of Realtors (NAR). Twenty-four metro areas recorded lower median prices from a year earlier.

“The demand for buying picked up speed in many metro areas during the summer as more households entered the market, encouraged by favorable mortgage rates and improving local economies,” said Yun. “While price growth still teetered near or above unhealthy levels in some markets, the good news is that there was some moderation despite the stronger pace of sales. Unfortunately, the lack of any meaningful gains in housing supply pushed prices in some areas above what some potential buyers—especially first-time buyers—are able to afford.” 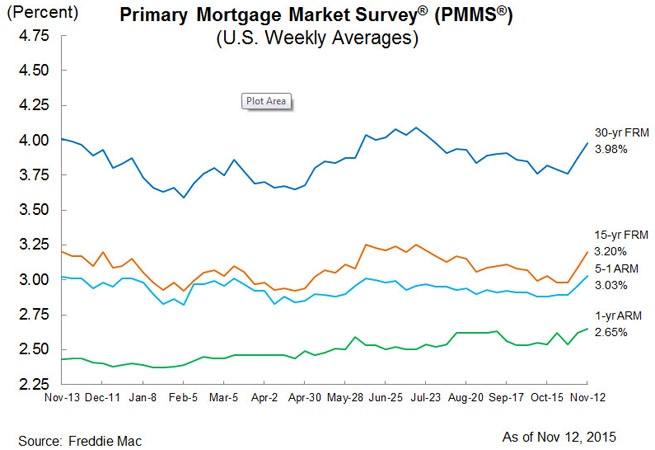 October foreclosure starts increased from the previous month in 34 states, most notably in Michigan (up 37 percent), Washington (up 34 percent) and Maryland (up 30 percent). Bank repossessions also increased annually in 36 states, most dramatically in New York (up 320 percent) and New Jersey (up 275 percent).

“We’ve seen a seasonal increase in foreclosure starts in October for the past five consecutive years, so it’s not too surprising to see the monthly increase this October,” said Daren Blomquist, vice president at RealtyTrac. “However, the 12 percent increase this October is more than double the average five percent monthly increase in the past five Octobers, and the even more dramatic monthly increases in some states is certainly a concern. The upward trend in foreclosure starts in those states in some cases could be an indication of fissures in economic fundamentals driving more distress and in other cases is more likely an indication of long-term delinquencies finally entering the foreclosure pipeline.” 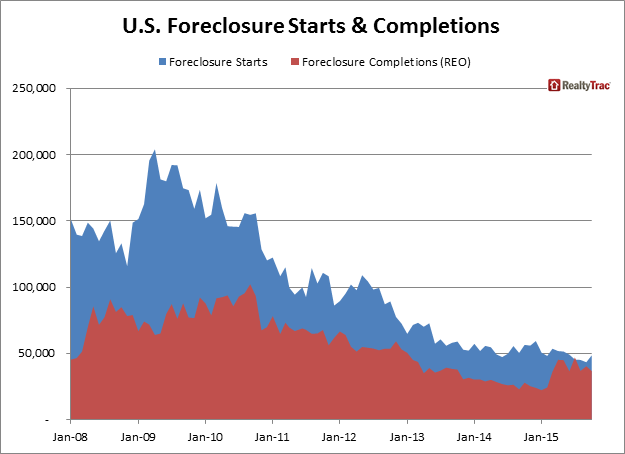