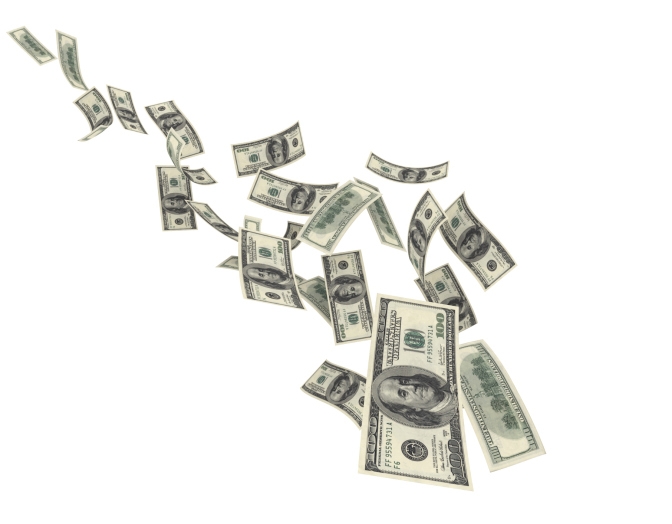 How much does the financial services industry admire Bill and Hillary Clinton? According to a new Associated Press report, the 42nd president and the woman seeking to become the 45th president pocked at least $35 million by giving 164 speeches to financial services, real estate and insurance companies since 2001.

Through an analysis of public disclosure forms and records released by Hillary Clinton’s presidential campaign, the peak earning years for the pair came between 2009 (when Hillary Clinton became Secretary of State) and 2014, when the couple were sought out for speeches and personal appearances by banks, insurance companies, hedge funds, private equity firms, real estate companies and trade groups representing those industries. The Associated Press also cited Center for Responsive Politics data that affirmed Hillary Clinton received $35 million in campaign donations from insurance, banking and real estate entities for her political campaigns since 2000, when she first ran for the U.S. Senate.

The financial services industry also donated heavily over the years to the Clinton Foundation, the family’s controversial nonprofit, with $5 million donations coming from Barclay’s, Citigroup, Fidelity, HSBC and Goldman Sachs.

Clinton’s presidential campaign has been punctuated with promises that she would be tough on the financial services industry. “I go after not just the banks,” Clinton said last weekend during a campaign rally in South Carolina. “I go after the hedge funds, big insurance companies, shadow banking.”

Yet her relationship with Wall Street and her repeated refusal to overrule her husband and vow to reinstate the Glass-Steagall Act–a refusal that sets her apart from her Democratic rivals Bernie Sanders and Martin O’Malley–have been points of contention among many of her critics and even her supporters.

“She needs to show that she is not too cozy with the banks, and that makes it even more important for her to draw a clear line and propose very tough measures,” said Robert Reich, who serves as Secretary of Labor during the Clinton Administration and has worked as an adviser to Hillary Clinton’s campaign.