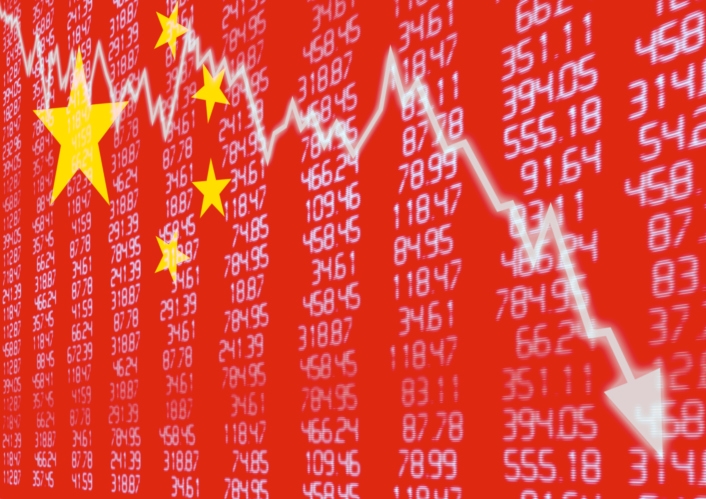 Federal Reserve Chairwoman Janet Yellen has warned that global economic instability could hamper the growth of the U.S. economy and force the central bank to limit the number of interest rate hikes this year.

In prepared testimony delivered today ahead of her semi-annual report to Congress, the Fed chieftain cited the problems in the Chinese economy as potentially starting a domino effect that would ultimate restrain U.S. economic prosperity.

“Although recent economic indicators do not suggest a sharp slowdown in Chinese growth, declines in the foreign exchange value of the renminbi have intensified uncertainty about China's exchange rate policy and the prospects for its economy,” she stated. “This uncertainty led to increased volatility in global financial markets and, against the background of persistent weakness abroad, exacerbated concerns about the outlook for global growth. These growth concerns, along with strong supply conditions and high inventories, contributed to the recent fall in the prices of oil and other commodities. In turn, low commodity prices could trigger financial stresses in commodity-exporting economies, particularly in vulnerable emerging market economies, and for commodity-producing firms in many countries. Should any of these downside risks materialize, foreign activity and demand for U.S. exports could weaken and financial market conditions could tighten further.”

Yellen also noted that future interest rate increases were tied to the wider economic picture, and she refused to commit to a specific number of increases for this year.

“The [Fed] anticipates that economic conditions will evolve in a manner that will warrant only gradual increases in the federal funds rate,” she continued. “In addition, the [Fed] expects that the federal funds rate is likely to remain, for some time, below the levels that are expected to prevail in the longer run. This expectation is consistent with the view that the neutral nominal federal funds rate—defined as the value of the federal funds rate that would be neither expansionary nor contractionary if the economy was operating near potential—is currently low by historical standards and is likely to rise only gradually over time. The low level of the neutral federal funds rate may be partially attributable to a range of persistent economic headwinds—such as limited access to credit for some borrowers, weak growth abroad, and a significant appreciation of the dollar—that have weighed on aggregate demand.”