Minneapolis Fed Chief: Break Up the Too Big to Fail Banks 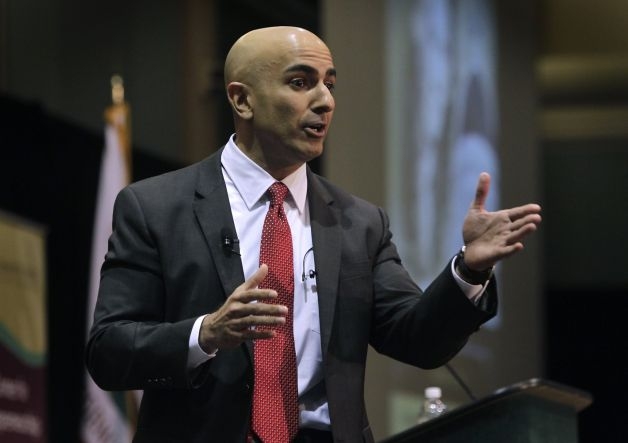 In his first speech as the new president of the Minneapolis Federal Reserve, Neel Kashkari took on a strikingly political edge by complaining about the limits in enforcing the Too Big to Fail (TBTF) aspect of a Dodd-Frank Act. Speaking this morning at the Brookings Institution in Washington, D.C., Kashkari noted that his regional Fed bank was taking aim at the issue and then challenged Capitol Hill to do the same.

“I believe the biggest banks are still too big to fail and continue to pose a significant, ongoing risk to our economy,” said Kahskari. “Enough time has passed that we better understand the causes of the crisis, and yet it is still fresh in our memories. Now is the right time for Congress to consider going further than Dodd-Frank with bold, transformational solutions to solve this problem once and for all. The Federal Reserve Bank of Minneapolis is launching a major initiative to develop an actionable plan to end TBTF, and we will deliver our plan to the public by the end of the year.  Ultimately Congress must decide whether such a transformational restructuring of our financial system is justified in order to mitigate the ongoing risks posed by large banks.”

Using language that sounded closer in spirit to Bernie Sanders than Janet Yellen—or, for that matter, either Ben Bernanke or Alan Greenspan—Kashkari offered several alternatives that would ensure the TBTF banks would not keep their current status.

“I believe we must begin this work now and give serious consideration to a range of options, including the following: Breaking up large banks into smaller, less connected, less important entities; turning large banks into public utilities by forcing them to hold so much capital that they virtually can’t fail, with regulation akin to that of a nuclear power plant; [and] taxing leverage throughout the financial system to reduce systemic risks wherever they lie.”

Kashkari also pointed to the financial services industry and its lobbyists for working to preserve the current environment regarding the TBTF banks. But he insisted their arguments were “unpersuasive” and that a flawed effort to break up these banks was better than no effort.

“If we are serious about solving TBTF, we cannot let them paralyze us,” he said. “Any plan that we come up with will be imperfect. Those potential shortcomings must be weighed against the actual risks and costs that we know exist today. Perfect cannot be the standard that we must meet before we act. Better and safer are reasons enough to act. Otherwise we will be left on the default path of incrementalism and the risk that we will someday face another financial crisis without having done all that we could to protect the economy and the American people.”