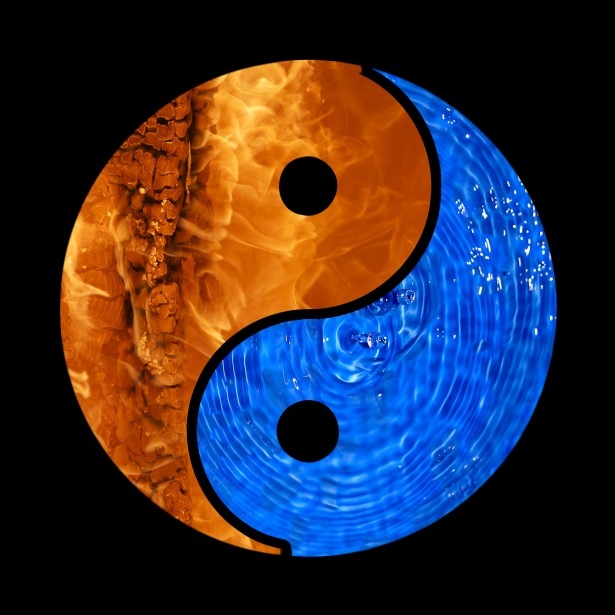 The latest industry data offered a classic case of yin-yang, with good news and bad news in an equal balance.

The latest Weekly Mortgage Applications Survey issued by the Mortgage Bankers Association found mixed results in housing market for the week ending March 4. The Market Composite Index increased by a scant 0.2 percent on a seasonally adjusted basis and one percent on an unadjusted basis from the previous week. The seasonally adjusted Purchase Index increased four percent its highest level since January 2016, while the unadjusted Purchase Index increased six percent compared with the previous week and was 30 percent higher than the same week one year ago. The Refinance Index, however, decreased two percent from the previous week while the refinance share of mortgage activity decreased to 56.7 percent of total applications from 58.6 percent one week earlier.

Another good news/bad news data report came via Zillow’s Negative Equity Report, which noted that while the negative equity rate fell to 13.1 percent during the fourth quarter of 2015, six million homeowners were still in negative equity during this period while more than 820,000 underwater homeowners owed over twice as much on their mortgages as their homes are worth.

"Even though the number of underwater homeowners has fallen significantly since the peak of the housing crisis, negative equity persists in many markets as it fell at its slowest pace in a year," said Zillow Chief Economist Svenja Gudell. "Things are moving in the right direction, but some owners are still deeply underwater. As we move into the home shopping season, inventory is already low, and negative equity is keeping potential additional stock from becoming available."

Among the major metro areas, Las Vegas had the highest rate of fourth-quarter negative equity at 20.9 percent, followed by Chicago with 20.5 percent, while San Jose only had 2.8 percent of mortgaged homeowners that were underwater. 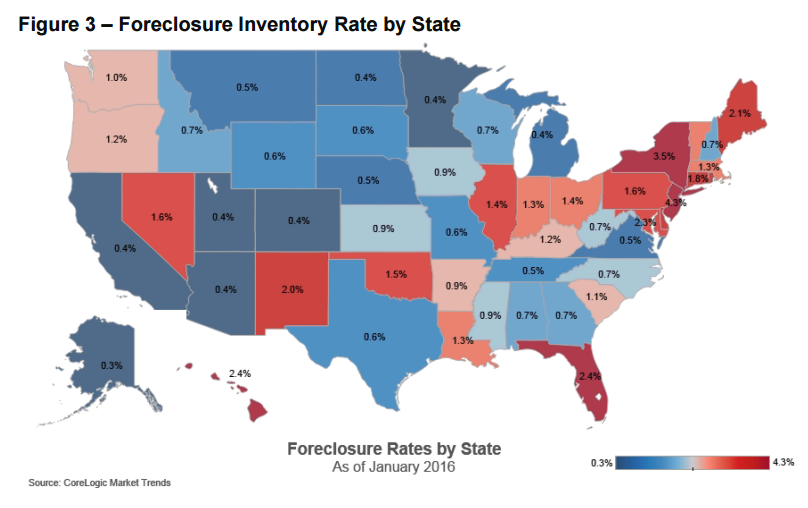 As of January, the national foreclosure inventory included approximately 456,000, or 1.2 percent, of all homes with a mortgage—its lowest level since November 2007. In January 2015, the national foreclosure inventory covered 583,000 homes, or 1.5 percent of all mortgaged residences. The five states with the highest number of completed foreclosures for the 12 months ending in January—Florida (74,000), Michigan (49,000), Texas (29,000), California (25,000) and Ohio (24,000)—accounted for almost half of all completed foreclosures nationally.

"In January, the national foreclosure rate was 1.2 percent, down to one-third the peak from exactly five years earlier in January 2011, a remarkable improvement," said Frank Nothaft, chief economist for CoreLogic. "The months' supply of foreclosure fell to 12 months, which is modestly above the nine-month rate seen 10 years earlier and indicates the market's ability to clear the stock of foreclosures is close to normal."

"Home purchase activity accelerated in 2016 as economic conditions boosted consumer confidence," she said. "When first-time homebuyers move into homeownership or existing homeowners upgrade to a larger, more expensive home, new debt is created. This trend is finally dominating the accelerated amortization from borrowers paying a little extra each month or paying their mortgages in full, and foreclosure activity is also greatly diminished. With many HELOCs hitting their recast into amortization, we are seeing increased payoffs, reducing the debt and numbers of HELOCs outstanding. About 20 to 25 percent of HELOCs active a year prior to their recast anniversary will payoff and close within the year after date. Originations of new loans are not keeping pace with the payoffs."

“As a result, the average household with credit card debt now owes $7,879 and we’ve far surpassed $900 billion in credit card debt—a mark last breached in 2007 during the ramp up to the financial system’s 2008 collapse,” said Diana Popa, communications manager at CardHub. “If we don’t get a record-setting debt pay-down during the first quarter of the year (when consumers typically get tax refunds and annual salary bonuses) and we continue to add debt at this rate, it won’t be long before default rates begin to rise and credit availability tightens.”