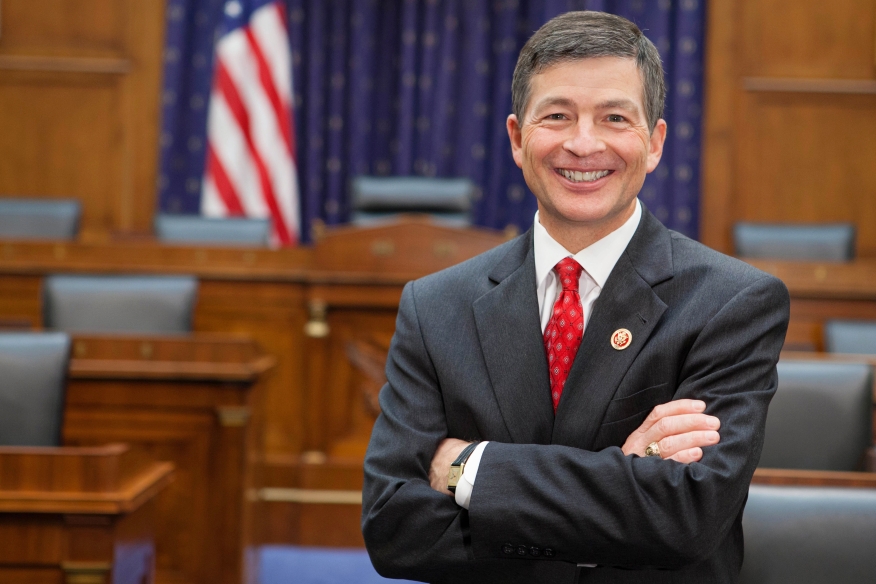 The chairman of the House Financial Services Committee has launched a new effort to rewrite the Dodd-Frank Act, describing the legislation as “regulatory waterboarding” and citing music industry icons as inspiration for his efforts to generate a better solution.

Rep. Jeb Hensarling (R-TX) used a speech today before the American Bankers Association (ABA) Summit to link his efforts to the wisdom of U2 frontman Bono and bad boy rapper Kanye West.

“Listen to that world famous economist Bono, who said, ‘In dealing with poverty here and around the world, welfare and foreign aid are a Band-Aid. Free enterprise is a cure,’” Hensarling remarked. “Not a fan of the band U2? Then how about Kanye West, who recently reminded us: ‘The only true freedom is economic freedom’ … Seriously, if rock stars and rappers get it, why can’t Washington elites?”

Insisting that the 2010 legislation should be called “The Obama Financial Control Law,” Rep. Hensarling condemned the Dodd-Frank Act as a “monument to the arrogance and hubris of man in that its answer to incomprehensible complexity and government control is yet more incomprehensible complexity and more government control.” He also aimed at the Consumer Financial Protection Bureau (CFPB) by insisting that its unique place in Washington threw off the careful composition of the federal government.

“Instead of three co-equal branches of government, we have seen the rise of an unaccountable fourth branch,” he said.

As for a solution to this problem, Hensarling was vague on specifics, with only a promise of a fix to come.

“I can report to you today that we are deep into our planning and you will soon see our bill,” he said. “For our sputtering economy and all those struggling in it, help is on the way. Our approach will help build the healthy and secure financial system Americans deserve. One that protects consumers by letting you serve their needs in competitive, transparent and innovative markets, vigorously policed for force and fraud. One that ends taxpayer-funded bailouts and instead unleashes America’s entrepreneurial potential. It will provide desperately needed regulatory relief and halt the unbridled growth of the unaccountable, arrogant bureaucracy that is dragging us towards the failed economy of a European-style social democracy.”