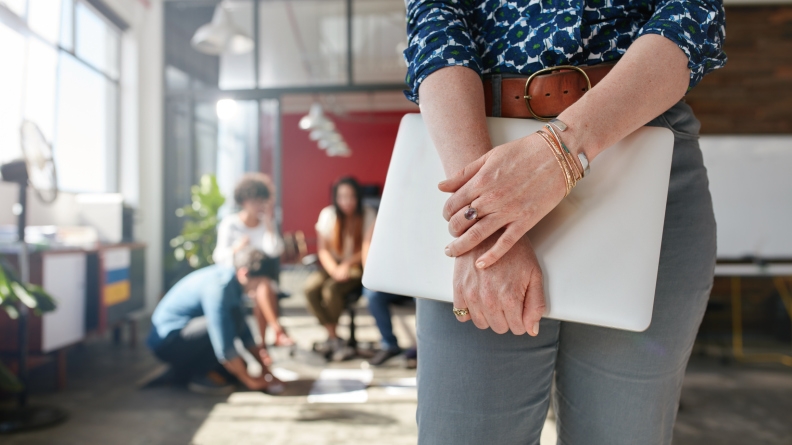 I have worked at more than 10 different organizations during my 25-year career, focusing on the management of small, medium, and large projects and programs. During that time, I have also built and managed successful team and processes. One of the keys to successfully managing and implementing projects and processes is to create an environment where the core and extended team members seamlessly work together to achieve shared objectives.

Unfortunately, not all teams run like well-oiled machines. There may be individuals on your team that are combative, self-centered, disorganized or who dislike you as a person. I have experienced myriad situations where a negative relationship with a client, peer, and/or manager threatens to derail the overall team’s objectives. Instead of a collaborative and constructive relationship where objectives are clear, ideas are freely shared, roles and responsibilities are defined, and a positive, productive work environment is created, the opposite occurs. A combative relationship can adversely impacts teamwork, morale and ultimately productivity.

How does this happen and how can negative results be avoided? I will articulate a recent scenario I experienced that encompasses many different aspects of a difficult relationship and how you might deal with them.

I am currently a management consultant and recently had an assignment where my client manager was the difficult co-worker. This was a serious situation because the client ostensibly hired me as a short-term resource to immediately add value to her existing team and we were struggling to get traction from a relationship perspective.

As the beginning of the engagement, I was excited about my new responsibilities. The assignment sounded interesting, but I was unfamiliar with the client. I conducted as much research as possible about the company and reviewed the statement of work to better understand my role. On day one, I arrived enthused and ready to go. Unfortunately, the problems began immediately. Within the first few weeks at the client site, I began to notice the following issues:

►The project was behind schedule

►Preparation for my arrival on the project was minimal

►Dissemination of detailed objectives for the assignment was negligible

►Review of roles and responsibilities did not occur

►Feedback from the client was always negative and delivered in an angry, unprofessional manner

►Planning exercises to define objectives and success criteria were not conducted

On the drive home after my fourth week at the client site, I was miserable and decided to take action. It was time to take a step back, breathe and:

►Assess the root causes of issues with the client

►Develop a plan to address the issues

►Execute the plan and assess results

I started by documenting the negative behaviors exhibited by the client that were contributing to my negative relationship. Once I identified these negative behaviors, I defined the roots causes and developed an action plan for addressing the issues. The action plan included detailed tasks and target due dates (tantamount to a project plan). 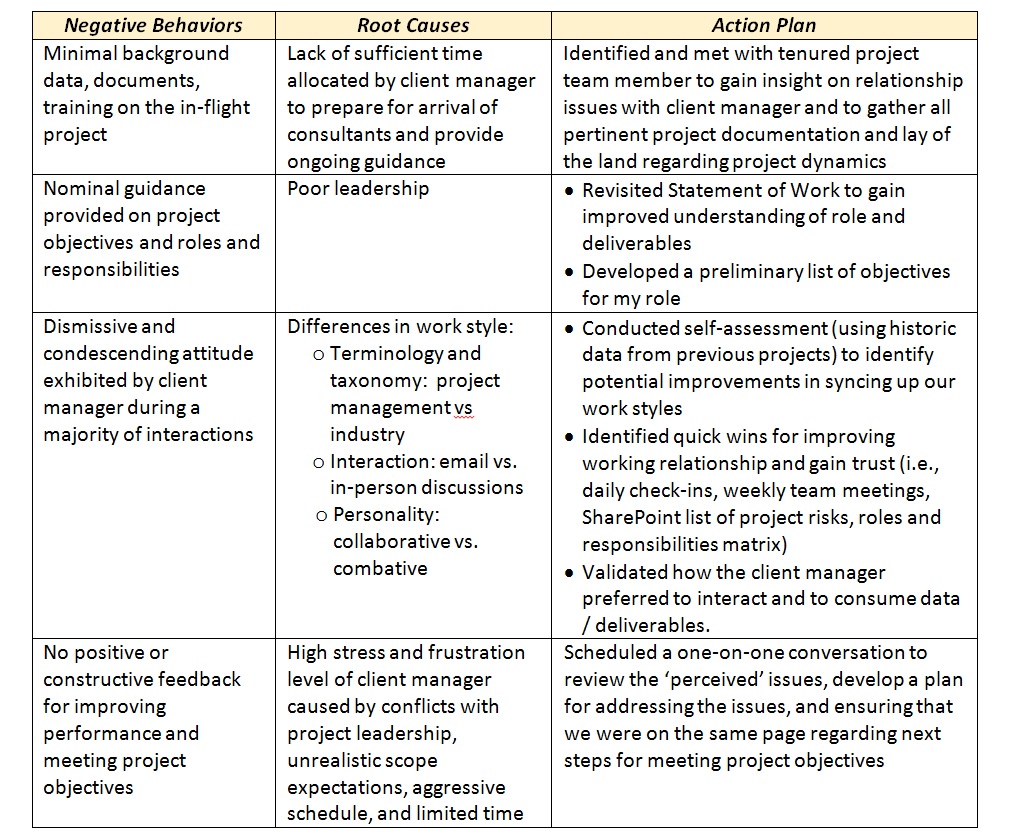 For someone who is adverse to confrontation, the face-to-face conversation with my client manager was difficult. I kept it positive, concise, and provided clear and implementable action steps. I stood up for yourself, but keep it professional and fact-based. When the conversation got heated, I paused for a minute, and worked to re-route the conversation in a positive direction. As part of the discussion, I asked for feedback so that she could highlight areas of improvement that I did not contemplate.

After we agreed to an action plan for improving our working relationship, I then implemented the following mechanisms to report progress against the plan:

►Created a scorecard and reported progress against the specific list of objectives and associated success criteria.

As I implemented the road map, I strove to maximize face time with my client manager and ensured that all interactions were value added. I made sure to prepare in advance, provided recommendations, articulated progress, participated in solving her problems, and requested periodic feedback as I presented my progress reports.

This type of negative client relationship may be a six sigma event, but if it happens to you, be proactive in identifying the signs of a difficult situation and use the following tactics to diffuse these situations:

►Take a step back and assess the situation

►Conduct analysis that will populate the plan

►Develop an action plan or road map for improving the relationship

►Meet with a trusted co-worker, who is knowledgeable about the situation, to discuss the plan

►Assess progress against the plan

Take ownership for making the relationship successful. It worked for me and I know if can work for you! 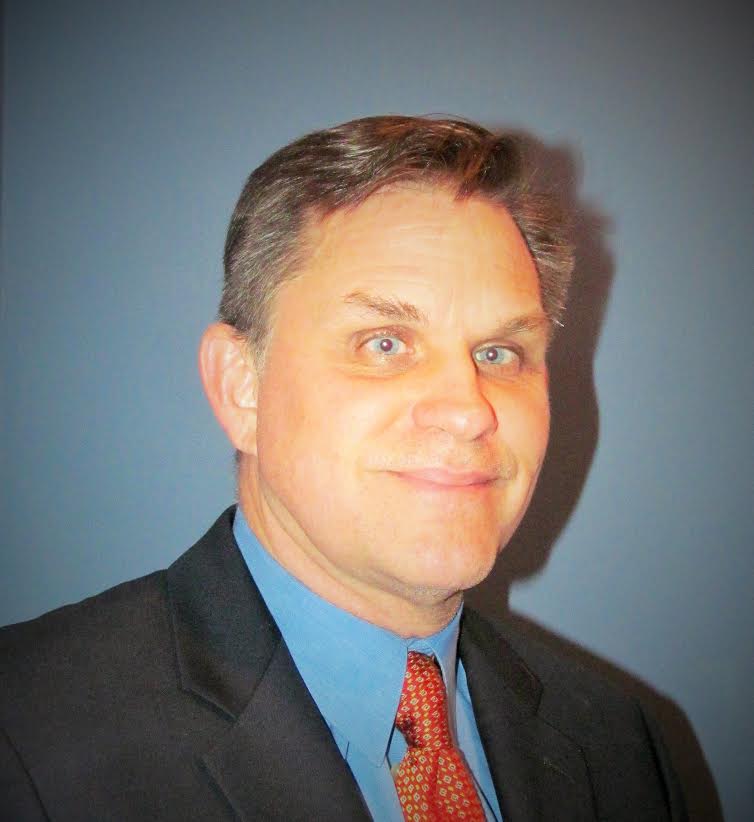 Kurt Rasmussen is a senior manager at Actualize with more than 18 years of experience in the financial services sector. He may be reached by e-mail at KRasmussen@ActualizeConsulting.com or call (571) 422-6526.