Tales From the Closing Table: December 2015 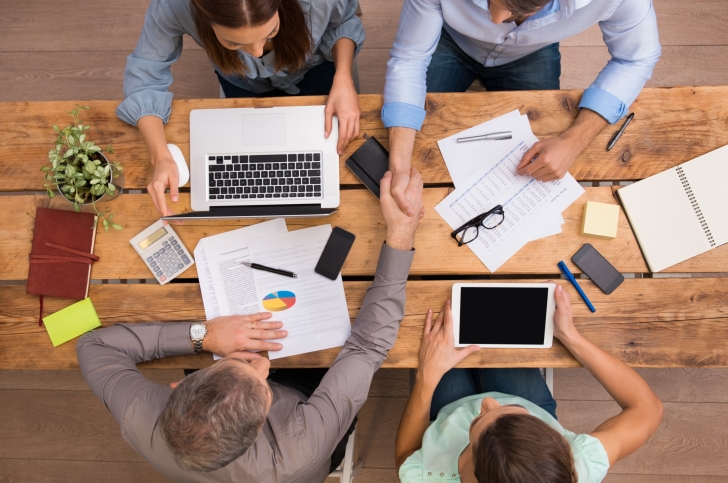 The mortgage closing transaction is the single largest financial transaction in the lives of most consumers, and it is also the riskiest stage of the mortgage process for lenders. While the vast majority of lawyers and notaries and title agents are experienced, ethical and diligent professionals, for a few the role of closing agent is too tempting a lure for selfish criminal intent. This column addresses the good, the bad and the ugly!

Top industry news … TRID came, saw and … conquered?
Well, the TRID implementation deadline has come and gone and the Earth is still spinning on its axis. From the deluge of articles predicting a catastrophic end of times event, the TRID changes have occurred fairly quietly. I have even heard from some industry veterans that they are pleased at how the new disclosures are streamlining, even just a bit, the voluminous disclosure process for residential mortgage loans. The biggest difficulties seem to be managing the timing of issuing the Loan Estimate (LE) and Closing Disclosure (CD), followed closely by coordinating with title and settlement agents the delivery of fees and costs so that the CD can be delivered to the consumer with accurate information well prior to the closing date. I guess we will not know the full impact of implementation and compliance until the first regulatory audits take place … oh goody!

You can’t make this stuff up!
This month, like every month, we feature some of the latest news about mortgage and closing fraud affecting our industry. These are real cases from around the country, only the names have been redacted to avoid threats of frivolous legal action…

►In New Jersey in 2002, a real estate businessman from Connecticut was indicted and served sentence for conspiracy, mail fraud and equity skimming. The man plead guilty, was sentenced to five years in prison with three years of supervised released under the terms that he would refrain from engaging in real estate or mortgage activities. A few months ago in Connecticut, this same man, having used at least 13 different aliases, once again appeared before a federal grand jury in a long-running fraud scheme that targeted dozens of distressed homeowners. It was not until after his arrest for the Connecticut offense that federal agents tied him to the 2002 conviction.

►In Massachusetts, a Boston real estate broker was sentenced for conspiracy to defraud mortgage lenders of more than $4 million relating to more than two dozen properties. The broker and a co-conspirator identified buildings for sale they could purchase and convert into condos. After the conversion, they set up straw buyers, creating hundreds of falsified documents, then took the funds and deposited them into their own accounts.

►In New York, a real estate broker used the proceeds of his latest scam to help finance his fiancée’s wedding dress. The broker and his business partner scammed victims out of their homes in a loan modification scheme. From 2008-2012, they defrauded more than 1,000 homeowners who hired them to assist with their loan modifications. But the team didn’t stop there—they defrauded banks and the Federal Housing Administration (FHA) —and even the Small Business Administration (SBA) by using Hurricane Sandy relief funds to pay for personal expenses. Further investigation discovered that, in 2009, this broker was banned in Massachusetts from offering foreclosure-related services.

►A former credit union loan officer in Washington approved more than $83,000 in loans for which he held a financial interest. He made false statements on loan documents that enabled him to get the loans approved for borrowers. He did not inform his supervisors that he had a personal and business relationship with the borrowers, according to court documents. In addition, he failed to disclose the true financial worth of the borrowers and all of the loans went into default.

Regulatory updates …
CFPB announces HMDA changes
On Oct. 15, the Consumer Financial Protection Bureau (CFPB) finalized a rule to improve information reported about the residential mortgage market. The rule is designed to “shed more light on consumers’ access to mortgage credit by updating the reporting requirements of the Home Mortgage Disclosure Act (HMDA) regulation.” The Bureau is working with other federal agencies to streamline the reporting process for financial institutions. CFPB Director Richard Cordray commented that “The Home Mortgage Disclosure Act helps financial regulators, the public, housing officials, and even the industry itself keep a watchful eye on emerging trends and problem areas in the nation’s mortgage market—the largest consumer financial market in the world. With today’s final rule, we are shedding more light to foster better understanding of the market, and also ensuring that lenders have sufficient time to come into compliance.”

HMDA, which was originally enacted in 1975, requires many lenders to report information about the home loans for which they receive applications or that they originate or purchase. Regulators use the information to monitor whether financial institutions are serving the housing needs of their communities, to assist in distributing public-sector investment so as to attract private investment to areas where it is needed, and to identify possible discriminatory lending patterns. Look for discrimination in lending to be a strong focal point of the CFPB and state auditors in 2016.

On the lighter side …
A client bought a new home and the mortgage originator wanted to send flowers for the occasion. They arrived at the home and the owner read the card; it said “Rest in Peace.” The owner was angry and called the MLO who, in turn, contacted the florist to complain. After he had told the florist of the obvious mistake and how angry he was, the florist said. “Sir, I’m really sorry for the mistake, but rather than getting angry you should imagine this: somewhere there is a funeral taking place today, and they have flowers with a note saying, “Congratulations on your new home.”

Andrew Liput has been a corporate, real estate and banking attorney for nearly 30 years He is the founder, CEO and president of Secure Insight, the first data intelligence and risk analytics firm to offer specialized vendor management services to mortgage lenders and banks nationwide addressing settlement agent risk. He can be reached by e-mail at ALiput@SecureInsight.com.