1910 Sears Catalog House Up for Sale 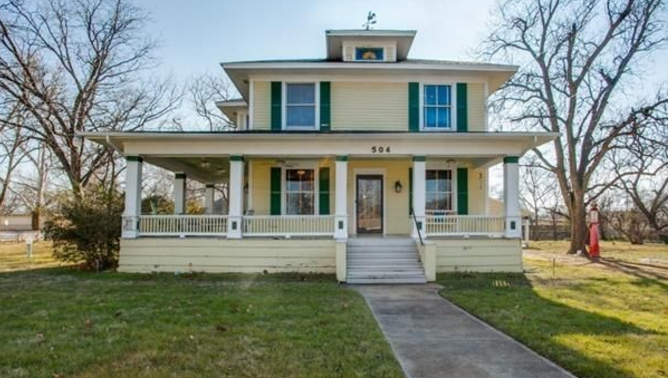 A rare surviving house that was among the inventory sold in the early 20th Century through the Sears, Roebuck and Co. catalog is on the market in suburban Dallas.

According to a Realtor.com report, the three-bedroom, 2.5-bathroom, 3,300-square-foot house in Celina, Texas, was originally purchased in 1910 from the Sears catalog. Sears sold as many as 75,000 pre-fab homes between 1908 and 1940 and offered 447 different home designs to prospective homeowners eager to take on the ultimate do-it-yourself project.

“It’s an original Sears and Roebuck home,” Listing Agent Cindy Peters said. “Basically, you ordered it from a catalog and they shipped it down the Mississippi River. They delivered it to Celina and built it on a lot here. From what I understand, every piece was numbered so they knew how to put it together.”

While the house’s historic exterior remains untouched, the current owner has laid a new foundation for the structure and modernized the interior. The owner has also modernized the listing price—while Sears originally sold its mail order homes in a price range from less than $1,000 to a little under $3,000, this property is on the market for $439,000.