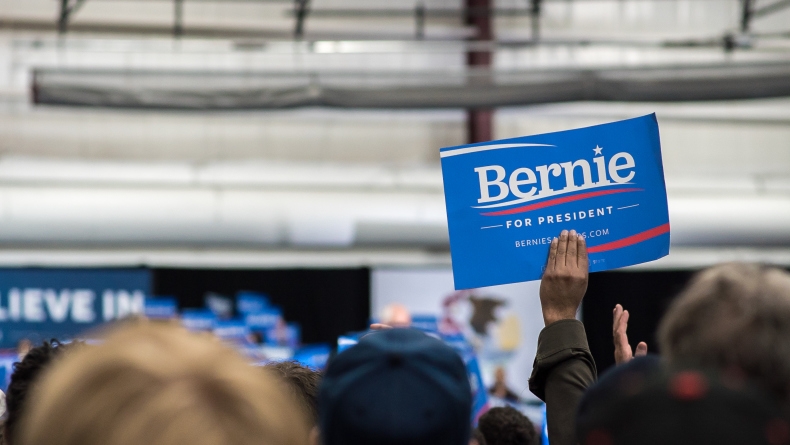 Sen. Elizabeth Warren (D-MA) may not be running for president, but her comments regarding the ongoing campaign continue to draw attention—this time, offering a not-very-subtle plug for her Senate colleague Bernie Sanders.

The Associated Press reports that Warren—who is credited as the architect of the Consumer Financial Protection Bureau (CFPB) and is one of the fiercest critics of the mortgage industry—offered generous praise of the Vermont senator’s campaign and his attacks on Wall Street during a conversation with reporters at a community health care center in Quincy, Mass.

“He’s out there,” Warren said. “He fights from the heart. This is who Bernie is. He has put the right issues on the table both for the Democratic Party and for the country in general, so I’m still cheering Bernie on.”

Warren’s failure to offer any similar praise for former Secretary of State Hillary Clinton appeared to continue her uneasy relationship with that campaign. Warren is the only female Democratic senator who declined to endorse Clinton’s candidacy, and Clinton’s opposition to the return of the Glass-Steagall Act stands in direct contrast to Warren’s concept of regulating Wall Street.

Still, Warren has not formally endorsed Sanders, and she repeatedly refused to fault Clinton’s decision not to turn over the transcripts of her private speeches before Wall Street executives. And she is certainly giving a pass to the GOP: Last week, the Massachusetts senator waded deeper into partisan politics by offering an unsolicited social media evisceration of Donald Trump, repeatedly calling him a “loser” on Facebook and Twitter.