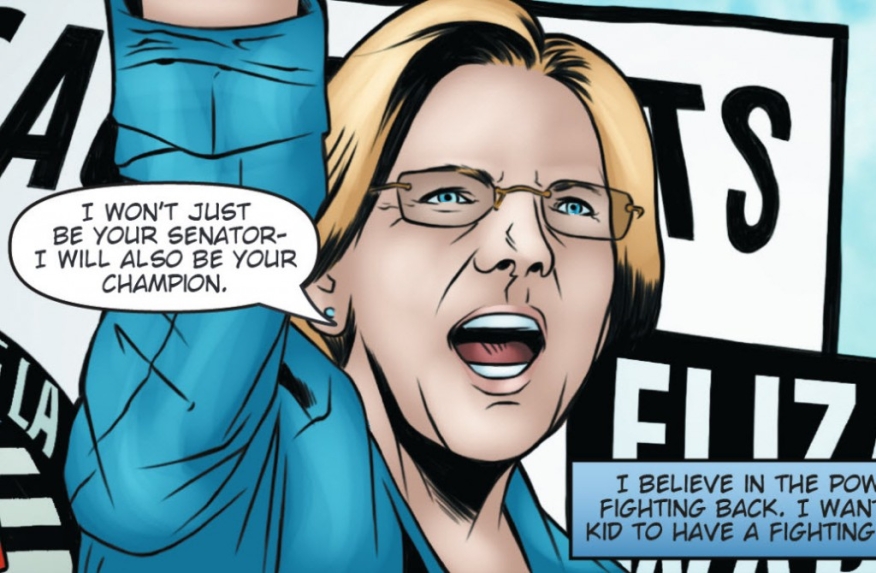 Move over, Wonder Woman! Get lost, Batgirl! There’s a new lady in the comic book orbit that is working to thwart villains and preserve justice: Sen. Elizabeth Warren (D-MA).

According to an Associated Press report, Capitol Hill’s fiercest critic of the financial services and mortgage industries is the subject of "Female Force: Elizabeth Warren," a 22-page comic book that follows Warren’s life from her Oklahoma childhood to her leadership of the progressive wing of the Democratic Party. But publisher Storm Entertainment insists that the comic book avoids specific policy debates, focusing instead on Warren’s character and spirit.

"We really want to showcase these people's lives and where they came from rather than making some political statement," said Darren Davis, the head of Storm Entertainment.

Warren had no participation in the comic book and reportedly only learned about it when it was released. And the notion of Warren as a hero in a comic book generated some expected surprise from her political foes.

"[She] would raise taxes faster than a speeding bullet,” said Massachusetts Republican Party Chairman Kirsten Hughes, adding that “her big government agenda would trample small business with a single bound. A comic book seems like the perfect way to tell the story of a politician so detached from reality."