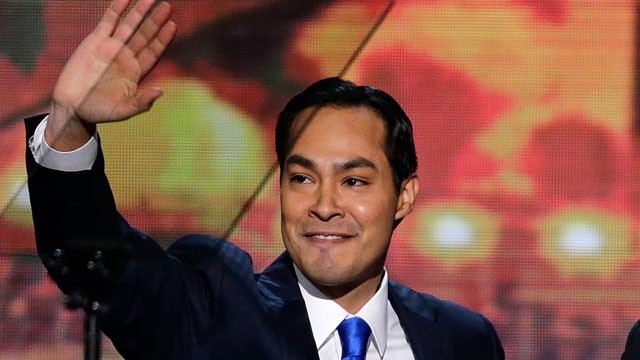 Julián Castro, Secretary of the U.S. Department of Housing & Urban Development (HUD), stepped away from his federal duties and ratcheted up his participation in the presidential campaign by accusing the Republican frontrunner of fostering prejudice with his comments relating to Mexican-imported crime and unchecked illegal immigration.

In an interview with the entertainment magazine Billboard, Castro noted that his grandmother and her sister arrived in the U.S. in 1922 as illegal immigrants—albeit without stressing the illegal aspect of their arrival.

“That immigrant story is the story of people with different skin colors and from different nations who have all come together to make the United States as prosperous and successful as it is today,” said Castro. “If we had done what Donald Trump wants us to do ... if we had done that generations ago, we wouldn’t be nearly the caliber of country that we are today. It’s a wrong-headed policy. It’s laughable.”

Castro continued his assault on Trump by insisting that the real estate mogul has no chance of becoming president.

“I don’t believe any of it will come to fruition because I don’t believe he’s going to get elected,” he continued. “More than anything else, it reminds me that this is a view from a person who’s just not right or not appropriate to be the president of the United States … As a country we need to turn in a more constructive direction than Donald Trump is trying to lead us. He has unleashed prejudice in a way that we haven’t seen in quite a while.”

It is highly unusual for an incumbent cabinet member to become heavily involved in a presidential primary, and Castro repeatedly broke with precedent with enthusiastic campaigning on behalf of Hillary Clinton. Castro’s name has been floated for months as a potential running mate for Clinton, but in his Billboard interview he downplayed the talk of his joining a Clinton ticket and instead focused on celebrities that use their fame to make political statements.

“I’m a big fan of entertainers who are socially aware and not afraid to speak up,” he claimed.