Getting Back to Work (Now That TRID Is Over) 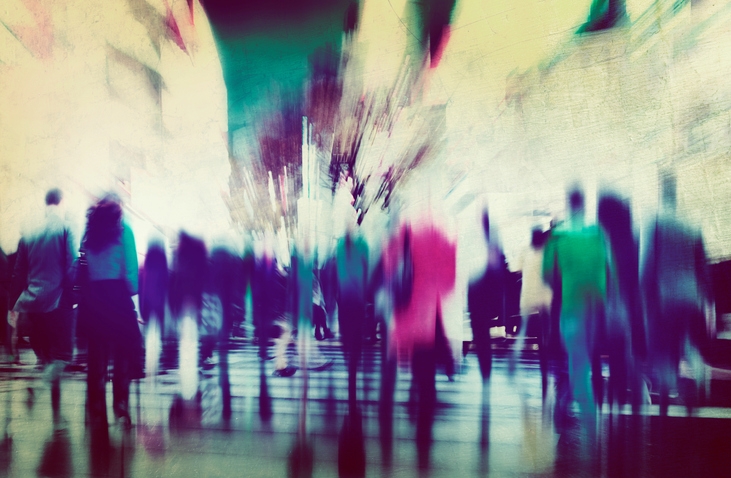 TRID happens … err, happened. Did you go out of business? I don’t have the stats in front of me, but I’d guess the majority of us pulled through.

By the time you’re reading this, we’ve wrapped up Q1. TRID is in our rearview mirror and all lenders are looking to improve on what many said would be a huge dent on our bottom line. Surprisingly though, even with the delays, many lenders did pretty well in Q1.

But with all the headaches TRID caused, and the even worse ones it was supposed to cause, did you do a good enough job in preparing for the future?

As an industry, and I mean the housing industry, not the lending industry, which is an important differentiator, TRID was a tough one. We had to work harder than usual to make sure we were ready. Remember Y2K? TRID wasn’t nearly as bad as that from a technology standpoint, but it definitely presented its share of hurdles. That said, the world didn’t end.

You can adapt or you can complain
Having travelled around the country more than I’d have liked during Q1, I can tell you that those who are doing better right now are the ones that are the most educated about the recent changes and continue to adapt to them. For example, the new Closing Disclosure (CD) caused a headache for many. Issuing the CD is unavoidable, but to help dodge at least some of the delays, some lenders are issuing the CD earlier. And it’s not just about issuing the disclosures, it’s following up to make sure the borrower not just receives them, but understands them and has questions answered well before they’re due.

When TRID first started, everyone thought we were prepared, but overall, we weren’t.

Many real estate agents didn’t fully understand what TRID meant for them. Nor did a lot of the loan originators. Frustration was rampant and there’s still a lot of that out there today.

By the same token, TRID is a forever thing. It’s here to stay, in some form at least, and we’re going to continue to have to adapt the entire industry to this new world.

The experts aren’t experts
Consider this … as of December 2015, some of the bigger players were up significantly from where they were in December 2014. Purchases in December 2015 rose more than they have since December 2006. Closings rose by double digit percentages. Q1 started out rough, but then it took off with a mini-refi boom. Unanticipated low rates led to brisk business for those nimble enough to react.

If you listened to the experts, TRID going to ruin us all. Rates were going to skyrocket and we’d all be struggling.

I’m not saying TRID wasn’t a headache. TRID’s effects will be felt throughout the year. But those that were prepared for life beyond TRID not only survived, but they thrived. That’s history though. What’s really important is that you’re staying focused on the next big issue. Which is …

Honestly, I have no idea. If you do, please call me. Even the experts aren’t experts.

You should never be bored
My honest opinion, based on almost 25 years of experience in lending, is the biggest issue we face as an industry is a lack of preparation.

I’ve written this before in the pages of National Mortgage Professional Magazine, but some people still don’t get it, so I’ll repeat myself. If you work in this industry, you should never be bored.

Chance favors the prepared. To succeed in the greater housing world, you need to prepare for the unexpected challenges that will almost definitely occur. You cannot prepare for everything, but you can prepare for a lot.

You need to have the foresight to look for ways to fill voids that will occur when faced with change. Rates are going to eventually go up. Are you anticipating the inevitable change?

While you can’t plan for everything, you can plan for many things. Look at your own home as an example. Do you have something in your medicine cabinet for when you get a headache? Or do you wait for the pounding to start. Do you plug your cell phone in every night, or do you wait until it dies during a call?

Hopefully you don’t get headaches every day, but regardless, chances are you have something at home to take care of the situation. You’re prepared because you know eventually, you or someone in your house will have a headache.

No one knows for sure what is going to happen next, but don’t let that stop you from planning your next move.

Disney was wrong
In the housing industry, it is not a small world and we all need to look beyond the real estate agent channel for referrals.

With all of the potential referral sources out there, I’ll say it again, you should never be bored. When things are good, you should continue to network with all of your free time so you’re ready for when things take a turn in an unexpected direction.

In addition to real estate agents, we need to connect with the industry across the board. Builders are an obvious source, but go beyond that. Purchase business won’t always be good. Attorneys, estate planners and financial advisors should be on your radar. Don’t sell to them, instead, explain to them how you can help them and their clients. Referrals can come from anywhere, but they’re more likely to come from people who are already dealing with qualified homebuyers.

The housing industry is a team sport, but without an official coach calling plays. If you want someone to pass you the ball, they better like you and feel that you’re capable of helping them win.

As a team player, it’s the lender’s obligation to communicate changes with everyone else about what’s coming up and the pitfalls that we can help borrowers avoid. There are so many opportunities and nuances out there in lending that the more everyone knows, the easier everyone’s job will be.

Keep in mind that networking, good networking, is much more than “calling to see what’s up” and asking for referrals. What’s in it for the people you’re calling? Tell them how you can help them, whether it’s directly or indirectly. It’s just not all about you.

Change happens
As rates rise, because eventually they will, you need to be ready. You can’t keep living like it’s 2011 or 2001 or whenever it is you were having a great year. You need to market both for the times we live in and the times to come.

So what’s to come?
Politically, this is a very interesting time and it’s something we all should learn from. It doesn’t matter if you’re for Trump, Bernie, Hillary or someone else, each has something to offer that we can absorb. Each and every one of them is in sales and they adapt their message to the audience they’re speaking to.

Being in the lending business, we’re all in sales, regardless of if you’re selling to borrowers, brokers or behind the scenes. People work with those who have the message they like the best. And if your message isn’t there, it’s because of a lack of preparation.

Personally, I’m still amazed at the growth of renovation loans. I’m getting questions on them every single day and renovation training Webinars seem to be a hot commodity. I guess I shouldn’t be surprised though. Time doesn’t stand still and homes will age, that’s guaranteed.

What is not guaranteed is existing owners taking care of their homes. You know exactly what I’m talking about … pink bathrooms from 20 years ago, windows that barely insulate, carpets that were installed before the iPod came out.

These homes often are in absolutely perfect locations for many buyers, except they’re far from perfect in terms of design and features. This is where educating everyone in the industry comes into play. You can score the winning goal through renovation lending, but your teammates need to know that they should pass you the ball. They need to know what renovation lending is and the possibilities it presents.

Renovation lending may not be the answer for your business though. If it’s not, you need to figure out what will be when things change in the future.

Everyone has different needs and situations. You have to have as many tools at your disposal as possible. What’s the demographic breakdown in your region? What directions are the trends leaning and what are the issues affecting the builders and buyers in your area? And how can you help solve them?

Again, this is where networking comes into play. If you’ve been meeting with financial planners and attorneys, or speaking at community events, instead of just targeting real estate agents, you could be on the radar as a problem-solver for whatever comes next. Build your network and show them how you can help solve whatever issues they have now, as well as those looming on the horizon.

Many of you have been in this industry for more than a decade and those that haven’t, I’m sure have heard about the ‘good old days’ when things were easier. If this job was truly ever easy for too long, trust me, everyone would do it. And then easy wouldn’t exist any longer.

No one has a crystal ball for the future of the housing industry. The only guarantee is that things will eventually change and the most successful of us will be ready for it.

Look forward, try to see around corners and be ready for when the change comes. I’ll be right there with you! 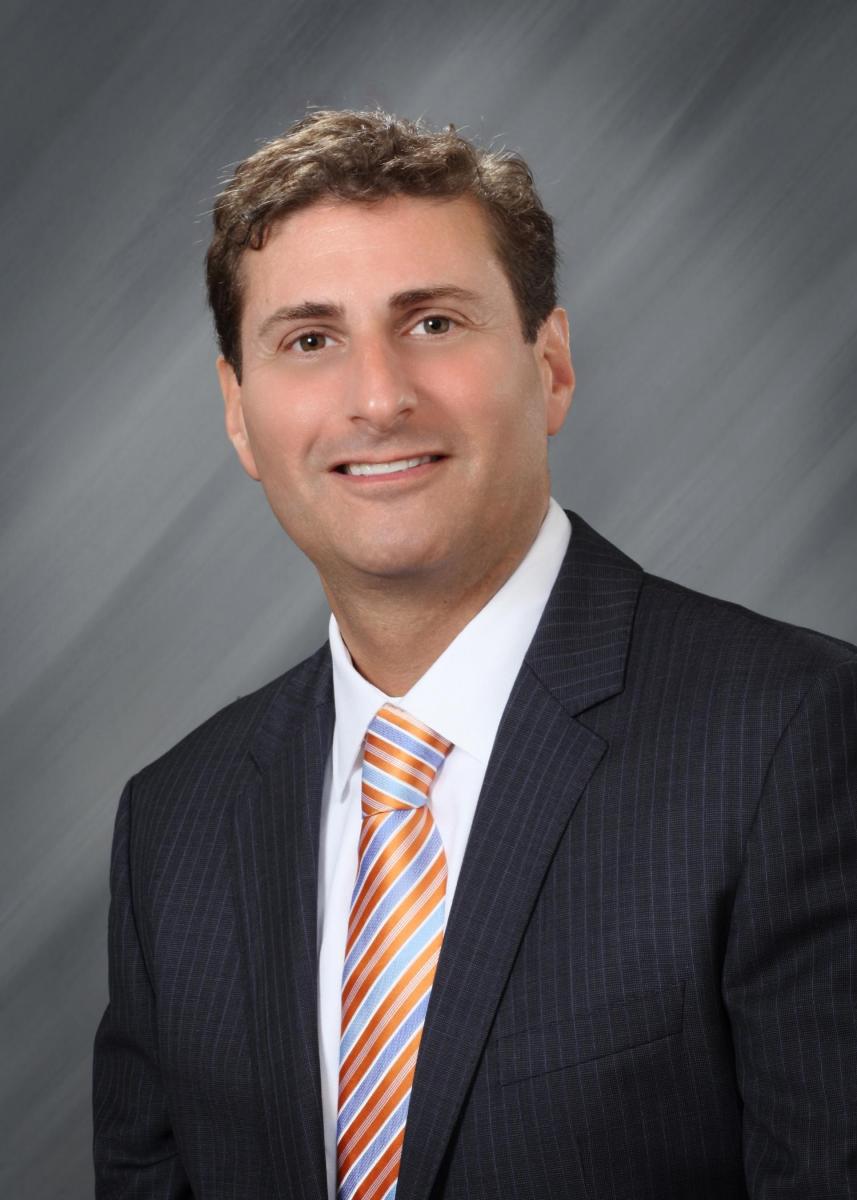 Carl Markman is director of national sales for REMN Wholesale. A student of the housing industry for 20-plus years, he believes that someone’s net worth can be maintained and grown by focusing on a quality network. Carl can be reached by e-mail at [email protected].