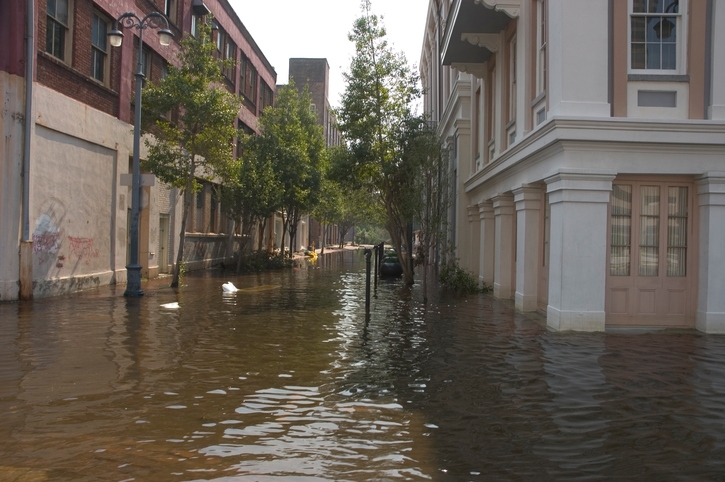 As President Obama tours the flood ravaged sections of Louisiana, the SmarterSafer.org coalition of housing, environmental and consumer advocacy groups issued a public statement for the White House and Congress to strengthen proactive federal mitigation strategies relating to weather catastrophes.

“Instead of simply focusing on recovery after a major weather event, Congress should pursue measures that encourage resiliency such as updating building codes, maintaining and rebuilding natural barriers, elevating homes, pursuing potential buyouts, and ensuring that as areas are rebuilt they can withstand major flooding in the future,” the statement said. “Congress should also support the Administration’s proposed Flood Risk Management Standard, which requires that federally owned or funded buildings and infrastructure are more resilient to severe storms. Additionally, more than 60,000 homes have been damaged, and those without flood insurance may face an uphill battle to rebuild. It is important that Congress pursue reforms to ensure that homeowners in flood prone areas understand their risk and are encouraged to purchase insurance either through the private sector or the National Flood Insurance Program—while also ensuring that FEMA undertake better mapping and risk analysis.”

SmarterSafer.org also called on the Senate to pass the Flood Insurance Market Parity and Modernization Act (HR 2901), which unanimously passed the House of Representatives last spring. This bill, which is designed to enable property owners to purchase flood insurance coverage through the private sector, has yet to be considered in the Senate.

“Thirteen lives were tragically lost in this flood—which experts say could take years for the state to fully recover from,” SmarterSafer.org added. “President Obama and Congress owe it to the American people to act swiftly and ensure that communities are better prepared before a similar storm strikes.”

Separately, new efforts are underway to provide flood-displaced Louisiana residences with rental housing. The Baton Rouge Advocate reports that the Louisiana Housing Corporation has set up a Web site—LAHousingSearch.org—for people who are looking for temporary rental housing and landlords with rental properties to accommodate those left homeless by the floods. And the Daily Advertiser reports that the Airbnb service is waiving its fees through Sept. 4 for listing rental spaces in South Louisiana. A separate Airbnb site has been set up specifically for this region.

“In the event of emergencies like this one, our disaster response tool connects local residents who have been displaced and are in need of urgent accommodations with Airbnb hosts who are opening their homes free of charge,” Nick Shapiro, Airbnb director of public relations and communications.