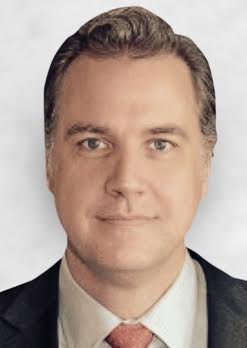 First Guaranty Mortgage Corporation (FGMC) has named Mike McElroy as the company’s general counsel. McElroy comes to FGMC with extensive industry experience, including key roles with national mortgage lending and servicing firms; government-sponsored enterprises (GSEs); and private firms. He has more than 15 years of leadership in the financial services industry and capital markets.

“In Mike, First Guaranty is getting a proven chief legal officer with significant experience in the mortgage industry,” said Andrew Peters, FGMC CEO. “There’s very little he hasn’t seen over the course of his career. Moreover, the breadth of his experience–from team management to capital market transactions, litigation, M&A and more–immediately makes him an invaluable addition to our leadership team. We truly look forward to his contributions to the First Guaranty story.”

Prior to joining FGMC, McElroy served as general counsel, chief compliance officer and secretary to Stonegate Mortgage Corporation from October 2013 until July 2016. McElroy also served as senior vice president and general counsel of Home Loan Servicing Solutions from March 2012 to October 2013. From January 2011 to March 2012, he served as senior vice president and deputy general counsel of Ocwen Financial Corporation, where his duties included directing transactional legal matters. Prior to joining Ocwen, from June 2010 to January 2011, he was an associate general counsel at Fannie Mae, where he was responsible for mortgage-backed security (MBS) offerings, loss mitigation on Fannie Mae’s securities portfolio and structured transactions. Before joining Fannie Mae, from September 1997 to June 2010, he was an associate and then a partner at Orrick, Herrington & Sutcliffe LLP in the Financial Markets Group, where he represented financial institutions in connection with securities offerings, derivatives and regulatory compliance.

McElroy holds a bachelor of arts degree in economics and political science from Kenyon College, a masters in government from the University of Virginia, and a juris doctorate from Georgetown University Law Center.