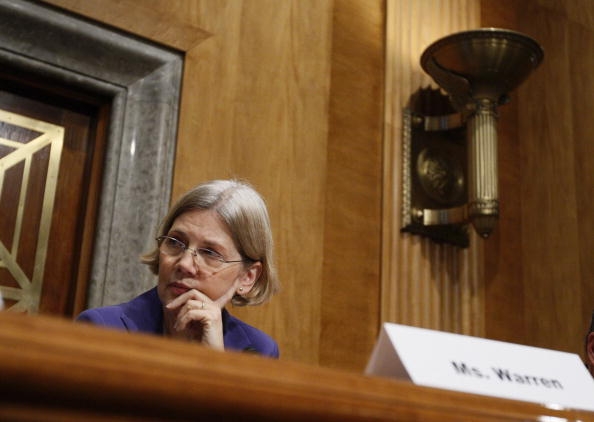 Sen. Elizabeth Warren (D-MA) broke her silence over Tuesday’s election results by offering to work with President-Elect Donald Trump. However, the former Harvard professor and architect of the Consumer Financial Protection Bureau (CFPB) expressed dismay at his ascendancy to the White House

“It’s no secret that I didn’t want to see Donald Trump win yesterday,” said Warren in a statement to the Boston Globe. “I’m intensely frustrated by the apparent likelihood that, for the second time in five elections, a Democratic nominee will have won the popular vote but lost the presidency in the Electoral College … [but] the integrity of our democracy is more important than any individual election, and those of us who supported Hillary Clinton will respect this result. President-Elect Trump promised to rebuild our economy for working people, and I offer to put aside our differences and work with him on that task.”

Nonetheless, Warren dredged up doubts on Trump’s sincerity to lead what he described in his acceptance speech as a “united people.”

“When he takes the oath of office as the leader of our democracy and the leader of all Americans, it is my sincere hope that he will fulfill that role with respect and concern for every single person in the country, no matter who they are, where they come from, what they believe, or whom they love,” she added.

Warren was one of Trump’s most aggressive critics during the election race, using speeches and social media to call him names and insist that he was rooting for the housing market’s collapse. Trump, in turn, returned the volley by dubbing Warren “Pocahontas,” in reference to the controversy of using the claims of Native American heritage for professional advancement. Following the election, Warren was conspicuously silent while other former Trump rivals offered their congratulations on his election victory.

Trump has yet to publicly respond to Warren’s statement.