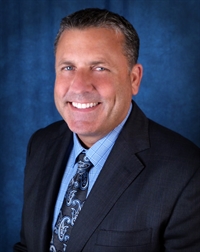 “MBA is fortunate that Rick has agreed to serve as Chairman of MORPAC,” said Lopez. “His leadership skills, relationships within the industry and work ethic will ensure that he will build upon the overwhelming success already established by his predecessors. Also, I want to thank Jamie Korus for her service as MORPAC Chairman, and acknowledge that MORPAC raised over $2 million in the 2015-16 election cycle. This could not have happened without Jamie’s leadership and involvement in both MBA and the industry.”

Arvielo currently serves as CEO of New American Funding. He sits on both the steering committee for the Mortgage Action Alliance Committee, and the Residential Board of Governors (RESBOG). He was honored by Ernst and Young as the 2016 EY Entrepreneur of The Year Orange County, and was recognized by the Orange County Business Journal with the Excellence in Entrepreneurship Award.